Democracy at the UN: 122 Nations Vote to Ban the Bomb 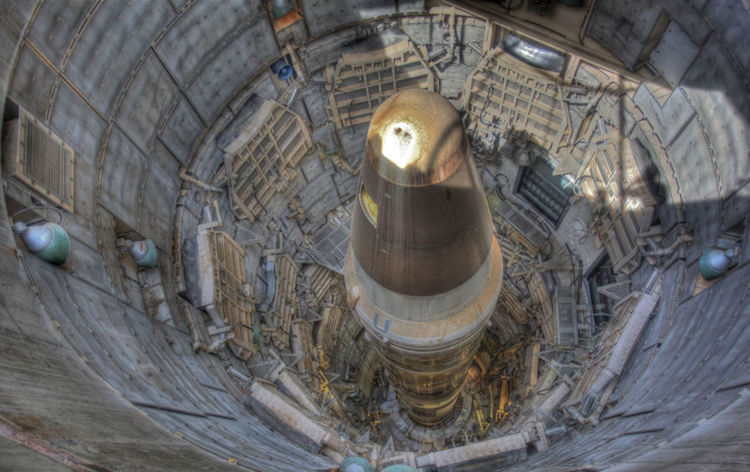 NEW YORJ (IDN-INPS) - On July 7 2017, at a UN Conference mandated by the UN General Assembly to negotiate a treaty to prohibit nuclear weapons, the only weapons of mass destruction yet to be banned, 122 nations completed the job after three weeks, accompanied by a celebratory outburst of cheers, tears, and applause among hundreds of activists, government delegates, and experts, as well as survivors of the lethal nuclear bombing of Hiroshima and witnesses to the devastating, toxic nuclear-test explosions in the Pacific.

The new treaty outlaws any prohibited activities related to nuclear weapons, including use, threat to use, development, testing, production, manufacturing, acquiring, possession, stockpiling, transferring, receiving, stationing, installation, and deployment of nuclear weapons. It also bans states from lending assistance, which includes such prohibited acts as financing for their development and manufacture, engaging in military preparations and planning, and permitting the transit of nuclear weapons through territorial water or airspace.

We are witnessing a striking shift in the global paradigm of how the world views nuclear weapons, bringing us to this glorious moment. The change has transformed public conversation about nuclear weapons, from the same old talk about national “security” and its reliance on “nuclear deterrence” to the widely publicized evidence of the catastrophic humanitarian consequences that would result from their use.

A series of compelling presentations of the devastating effects of nuclear catastrophe, organized by enlightened governments and civil society’s International Campaign to Abolish Nuclear Weapons, was inspired by a stunning statement from the International Committee of the Red Cross addressing the humanitarian consequences of nuclear war.

At meetings hosted by Norway, Mexico, and Austria, overwhelming evidence demonstrated the disastrous devastation threatening humanity from nuclear weapons – their mining, milling, production, testing, and use – whether deliberately or by accident or negligence. This new knowledge, exposing the terrifying havoc that would be inflicted on our planet, gave impetus for this moment when governments and civil society fulfilled a negotiating mandate for a treaty to prohibit nuclear weapons, leading towards their total elimination.

Perhaps the most significant addition to the treaty, after a draft treaty from an earlier week of talks in March was submitted to the states by the expert and determined president of the conference, Ambassador Elayne Whyte Gómez of Costa Rica, was amending the prohibition not to use nuclear weapons by adding the words “or threaten to use,” driving a stake through the heart of the beloved “deterrence” doctrine of the nuclear-weapons states, which are holding the whole world hostage to their perceived “security” needs, threatening the earth with nuclear annihilation in their MAD scheme for “Mutually Assured Destruction.”

The negotiations were boycotted by all nine nuclear-weapons states and US allies under its nuclear “umbrella” in NATO, Japan, South Korea, and Australia. The Netherlands was the only NATO member present, its parliament having required its attendance in response to public pressure, and was the only “no” vote against the treaty.

Last summer, after a UN Working Group recommended that the General Assembly resolve to establish the ban-treaty negotiations, the United States pressured its NATO allies, arguing that “the effects of a ban could be wide-ranging and degrade enduring security relationships.”

Upon the adoption of the ban treaty, the United States, United Kingdom, and France issued a statement that “We do not intend to sign, ratify or ever become party to it” as it “does not address the security concerns that continue to make nuclear deterrence necessary” and will create “even more divisions at a time…of growing threats, including those from the DPRK’s ongoing proliferation efforts.”

Ironically, North Korea was the only nuclear power to vote for the ban treaty, last October, when the UN’s First Committee for Disarmament forwarded a resolution for ban-treaty negotiations to the General Assembly.

Yet the absence of the nuclear-weapons states contributed to a more democratic process, with fruitful interchanges between experts and witnesses from civil society who were present and engaged through much of the proceedings instead of being outside locked doors, as is usual when the nuclear powers are negotiating their endless step-by-step process that has only resulted in leaner, meaner, nuclear weapons, constantly modernized, designed, refurbished.

Obama, before he left office was planning to spend one trillion dollars over the next 30 years for two new bomb factories, new warheads and delivery systems. We still await Trump’s plans for the US nuclear-weapons program.

The Ban Treaty affirms the states’ determination to realize the purpose of the Charter of the United Nations and reminds us that the very first resolution of the UN in 1946 called for the elimination of nuclear weapons. With no state holding veto power, and no hidebound rules of consensus that have stalled all progress on nuclear abolition and additional initiatives for world peace in other UN and treaty bodies, this negotiation was a gift from the UN General Assembly, which democratically requires states to be represented in negotiations with an equal vote and doesn’t require consensus to come to a decision.

Despite the recalcitrance of the nuclear-deterrence-mongers, we know that previous treaties banning weapons have changed international norms and stigmatized the weapons leading to policy revisions even in states that never signed those treaties. The Ban Treaty requires 50 states to sign and ratify it before it enters into force, and will be open for signature September 20 when heads of state meet in New York for the UN General Assembly’s opening session.

Campaigners will be working to gather the necessary ratifications and now that nuclear weapons are unlawful and banned, to shame those NATO states which keep US nuclear weapons on their territory (Belgium, Germany, Turkey, Netherlands, Italy) and pressure other alliance states which hypocritically condemn nuclear weapons but participate in nuclear-war planning. In the nuclear-weapons states, there can be divestment campaigns from institutions that support the development and manufacture of nuclear weapons now that they have been prohibited and declared unlawful. See www.dontbankonthebomb.com

To keep the momentum going in this burgeoning movement to ban the bomb, check out www.icanw.org. For a more detailed roadmap of what lies ahead, see Zia Mian’s take on future possibilities in the Bulletin of the Atomic Scientists.

*Alice Slater is the New York Director of the Nuclear Age Peace Foundation, and serves on the Coordinating Committee of World Beyond War. This article originally appeared on July 13 with the caption Democracy Breaks Out at the UN as 122 Nations Vote to Ban the Bomb on TheNation.com at https://www.thenation.com/article/democracy-breaks-out-at-the-un-as-122-nations-vote-to-ban-the-bomb/. It is being reproduced with the writer's consent. [IDN-InDepthNews – 17 July 2016]