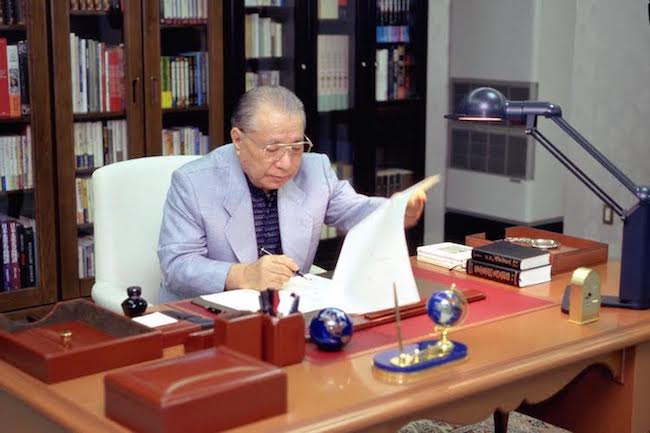 The impetus for the recent breakthrough was provided by a newly heightened awareness within the international community of the deeply inhumane nature of nuclear weapons. The world’s hibakusha, or victims of nuclear weapons, have repeatedly expressed their intense desire that no one else should ever suffer what they endured, and this was a key element in transforming the discourse surrounding nuclear weapons.

The accumulated impact of efforts of the international community formed the foundation for the Prohibition Treaty. The centrality of their voices is testified to by the fact that the Treaty’s Preamble makes two separate references to “hibakusha.”

The real significance of the Treaty is found in its prohibition of nuclear weapons in all their phases and aspects – from possession, to use and threat of use. No exceptions or mitigating circumstances are recognized. This overcomes the lack, noted in the 1996 Advisory Opinion of the International Court of Justice, of an explicit legal prohibition against nuclear weapons.

This stance parallels the one underlying the statement made 60 years ago, on September 8, 1957, by Josei Toda, second president of the Soka Gakkai and my personal mentor. In it, he declared that any use of nuclear weapons was impermissible and could not be justified for any reason. It was on this basis that he called for their prohibition.

Taking Toda’s declaration to heart, members of the Soka Gakkai International (SGI) have in recent years worked with the International Campaign to Abolish Nuclear Weapons (ICAN) in supporting the process of drafting the Treaty and have collaborated with other faith-based organizations (FBOs) to issue a series of eight joint statements as Faith Communities Concerned about Nuclear Weapons.

These joint statements have sought to foreground the ethical dimensions of the nuclear issue: “Nuclear weapons are incompatible with the values upheld by our respective faith traditions – the right of people to live in security and dignity; the commands of conscience and justice; the duty to protect the vulnerable and to exercise the stewardship that will safeguard the planet for future generations.”

At the core of the doctrine of deterrence that has locked humanity in a spiral of mistrust since the start of the Cold War is a chilling disregard for life, one that accepts truly unspeakable suffering on the part of countless ordinary citizens as potentially unavoidable.

As Josei Toda stressed in his declaration, the very existence of nuclear weapons represents the greatest imaginable threat to each individual’s right to life and to humanity’s shared right to survival.

The Treaty on the Prohibition of Nuclear Weapons embodies a profound critique and rejection of this way of thinking, this disregard for life. As Ambassador Elayne Whyte Gómez of Costa Rica, President of the negotiating conference, has stated, the prohibition norm formalized in the Treaty can help shape a “new security paradigm for the 21st century.”

The Treaty was designed with due consideration for the circumstances of the nuclear-weapon and nuclear-dependent states. Thus, complete elimination of a country’s nuclear arsenal is not a prerequisite for accession to the Treaty; states can become parties to the Treaty by taking their nuclear weapons off alert and submitting a plan for the elimination of their nuclear programs.

Peace and security are a paramount concern of any country and its people. The question that needs to be posed, in the light of the inhumane nature of nuclear weapons, is whether the continued possession of nuclear weapons is indeed necessary to national security.

Japan is the only country to have experienced the use of nuclear weapons in wartime. It embraces the three non-nuclear principles—of not possessing, manufacturing or allowing nuclear weapons on its national territory. The survivors of the nuclear attacks on Hiroshima and Nagasaki have struggled to the utmost in the hope of seeing the realization of a world without nuclear weapons in their lifetimes. For all these reasons, Japan should join the Treaty; and I strongly urge that deliberations on how to achieve this be undertaken promptly and in earnest.

Any use of nuclear weapons and subsequent retaliation would produce catastrophic consequences that would overwhelm all efforts to contain or ameliorate the damage. Further, the impacts would cross national borders and would continue to be felt far into the future. Such are the realities made clear over the course of a series of international conferences on the humanitarian impact of nuclear weapons, including the one held in Vienna in December 2014, in which the United States and the United Kingdom, both nuclear-weapon states, took part.

This discourse was at the heart of the process that resulted in the Treaty. It brings to light the need to differentiate the continued possession of nuclear weapons and the achievement of legitimate security objectives.

This is the new awareness that needs to take hold among the world’s people, and I am convinced that the driving force for this kind of transformation is a global mobilization of the voices of civil society. Today, more than 7,400 cities in 162 countries and territories belong to Mayors for Peace. This fact illustrates the depth and breadth of support for a world without nuclear weapons, including in the nuclear-weapon and nuclear-dependent states.

It seems clear that, without the powerful impetus provided by the hibakusha and by civil society as a whole, the drafting process for the Treaty would not have moved forward. As the representative of Egypt put it: “Although members of civil society are traditionally seated at the back of our hall rooms … their passion and devotion to the cause of abolition of nuclear weapons place them nonetheless at the forefront of respect for their collective spirit and outreach.”

With the adoption of the Treaty on the Prohibition of Nuclear Weapons, the effort to abolish these weapons has entered a new phase. The key now is to promote widespread awareness of the Treaty and its significance, building a truly solid and expansive base of support for it and its objectives.

Article 12 of the Treaty calls on all States Parties to work for its universalization. To this end, it is vital that an accurate awareness of the realities of nuclear weapons experienced and communicated by the hibakusha be shared and sustained widely among the people of all countries and across generations. In this regard, peace and disarmament education are vital.

Such education and learning can form a basis enabling the peoples of the nuclear-weapon and nuclear-dependent states to join in the global enterprise of bringing a world free from nuclear weapons into being.

In light of the special characteristic of the Treaty, which was negotiated with the participation and contributions of civil society, it seems clear that global civil society must play a central role in promoting universal accession to the Treaty through peace and disarmament education.

We take the September 20 opening for signature of the Treaty on the Prohibition of Nuclear Weapons as an opportunity to renew our commitment to working with such partners as ICAN and other civil society organizations to encourage universal accession to the Treaty and move forward powerfully toward the achievement of a world free from the threat of nuclear weapons. [IDN-InDepthNews – 18 September 2017]