UNODA Chief Focuses on Youth Engagement in Meeting with NGOs 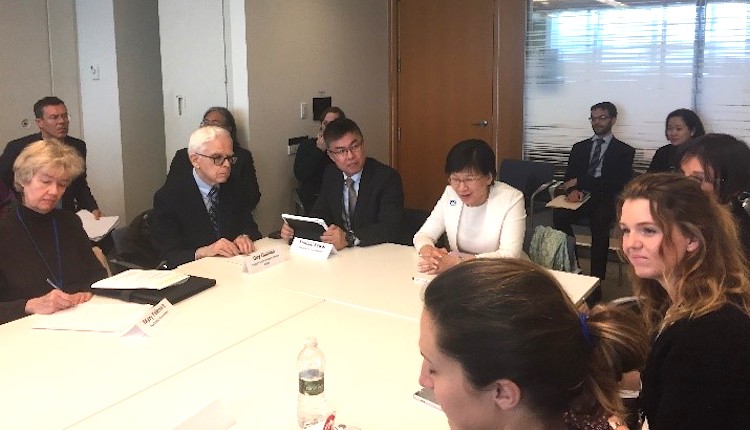 NEW YORK (IDN) – The role of youth in promoting nuclear disarmament as envisaged in the UN Secretary-General’s Agenda for Disarmament, Securing Our Common Future, formed the focus of High Representative for Disarmament Affairs (UNODA) Izumi Nakamitsu's meeting with non-governmental organisations (NGOs) at the United Nations headquarters in New York on May 1. [2019-05-02]

As the Agenda for Disarmament takes note, involving youth in disarmament is essential to advancing progress in this crucial area. However, several NGO representatives stated that one of the obstacles in engaging youth is often a lack of awareness regarding the educational resources available, rather than apathy.

Consequently, they underscored the importance of educational resources and networks that are accessible to youth worldwide. As the participants recognized, from trainings and workshops to digital resources, youth education remains an area of growth.

During the discussion, leaders from civil society organizations considered how to meaningfully involve youth during the 75th anniversary of the United Nations, including organizing an international working group on youth during the First Committee in November 2020.

Nakamitsu suggested working with the International Model United Nations Association (IMUNA) to engage high school and university students and deepening cooperation between work on the Sustainable Development Goals and disarmament.

Nakamitsu proposed including a youth session at the 2020 Nuclear Non-Proliferation Treaty Review Conference. In addition, she urged greater youth involvement in deliberations regarding frontier technologies. In such deliberations, she said, youth bring unique expertise and familiarity with these new technologies, which are second nature to their generation. [IDN-InDepthNews – 02 May 2019]