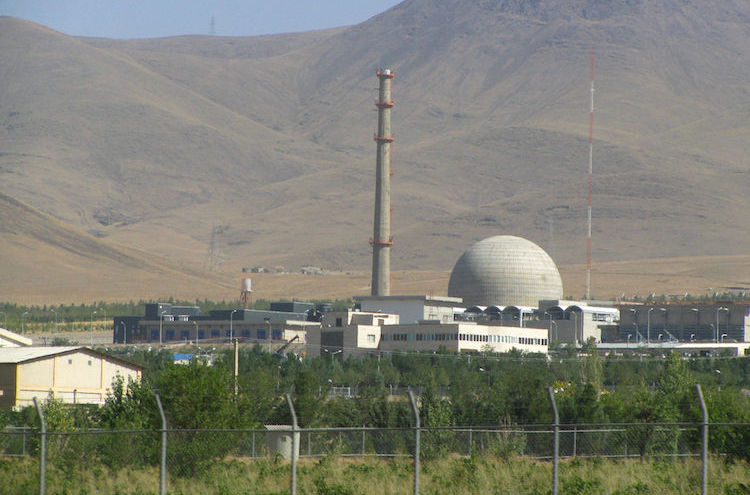 NEW YORK (IDN) – The Arms Control Association (ACA), a Washington-based nonpartisan organization, has warned that Iran’s "threat to violate" the landmark 2015 nuclear deal is "a very worrisome but predictable response" to U.S. President Donald Trump's "dangerous decision" to withdraw from the Joint Comprehensive Plan of Action (JCPOA) one year ago.

The Washington-based organization said: "The Trump administration’s systematic campaign to deny Iran any benefits from the agreement has driven the leadership in Tehran to take these retaliatory steps." [2019-05-08]

From Iran's perspective, there is very little incentive to continue complying with the nuclear deal if Washington’s actions block the promised sanctions relief and if other key European states, along with Russia and China, do not work harder to facilitate legitimate commerce with Iran, the ACA added.

"The initial steps that Iran announced – that it will no longer abide by limits on its stockpiles of low enriched uranium and of heavy water – could possibly result in Tehran violating its commitments in the coming months, depending on the rates of production. These steps may result in a technical breach of the JCPOA, but do not represent a near-term proliferation threat," the ACA said.

However, the steps that Iran threatened to take down the road if the Europeans, Russia, and China fail to compensate for U.S. sanctions "pose a more serious proliferation risk".

Iran's President, Hassan Rouhani, has given the other parties to the JCPOA (France, Germany, the United Kingdom, the European Union, Russia and China) 60 days to help it thwart American sanctions on oil sales and banking transactions or Iran would take additional measures.

Iran has warned that if the other JCPOA signatories fail to deliver sanctions relief, it will resume construction on the unfinished Arak nuclear reactor. "This may be done on the basis of the modified, more proliferation resistant design Iran agreed to in the nuclear deal and pose less of a threat," says the ACA.

It adds that even if Iran pursued the completion of the reactor based on the original design, which would produce enough plutonium for about two nuclear weapons per year, construction would take time. "Furthermore, Iran does not have a reprocessing facility to separate plutonium from the reactor’s spent fuel."

The ACA underlines that in the absence of the Europeans and the Chinese not taking more serious steps to allow for legitimate Iranian petroleum exports and banking transactions, Iran has threatened to take more consequential measures, specifically resuming uranium enrichment to levels above the 3.67 uranium-235 level allowed by the JCPOA. "This step is a more serious proliferation risk that would shorten the time it would take Iran to accumulate enough nuclear material for a weapon," finds the ACA.

The Arms Control Association argues that the most responsible path forward in the face of the Trump administration’s "gross violations" of the nuclear deal is a more robust and effective effort by the European powers, Russia, and China to facilitate legitimate trade with Iran.

"It is also in Iran’s interests to exercise restraint, continue to cooperate with the International Atomic Energy Agency with respect to its safeguards commitments and obligations, and refrain from taking further steps that threaten to reignite a nuclear crisis and increase the risk of conflict."

Iranian press reports indicate that Iran’s leadership is threatening to withdraw from the 1968 nuclear Nonproliferation Treaty (NPT) if the JCPOA file is referred again to the UN Security Council. Under Article X of the NPT, "a state may withdraw from the treaty, requiring three month's advance notice should extraordinary events jeopardize its supreme national interests.”

Withdrawal from the NPT by Iran would be extremely counterproductive for Iran and global security, says the ACA and advises all sides to comply with the JCPOA and UN Security Council Resolution 2231 and respect their solemn legal obligations under the NPT. [IDN-InDepthNews – 08 May 2019]

Photo: Iran has warned that if the other 2015 nuclear deal signatories fail to deliver sanctions relief, it will resume construction on the unfinished Arak nuclear reactor. The picture shows IR-40 (Arak) Reactor in 2012. CC BY-SA 3.0