Nuclear Disarmament, the State of Play 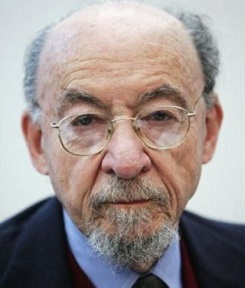 NEW YORK (IPS) - If psychosis is a loss of contact with reality, the current status of nuclear disarmament can best be described as psychotic.

On the one hand, the nuclear issue is beginning to creep out from under the rug where it has lain dormant for several decades. On the other hand, the commitment of the nuclear weapon states to a nuclear weapons-free world is honoured more in the breach than in the observance.

Let us begin by adding up the pluses and the minuses of nuclear disarmament. [P] JAPANESE TEXT VERSION PDF

On the plus side, we have a president of the United States, which is central to the problem, who has spoken out repeatedly on the subject, albeit in a decelerating mode. In a speech at Purdue University on Jun. 16, 2008, he said, “It’s time to send a clear message to the world: America seeks a world without nuclear weapons … we’ll make the goal of eliminating all nuclear weapons a central element in our nuclear policy.”

There was no reference to how long it might take. A year later, in the famous Prague speech of May 6, 2009, Obama said, “I state clearly and with conviction America’s commitment to seek the peace and security of a world without nuclear weapons”, but he added,“This goal will not be reached quickly – perhaps not in my lifetime.”

He was 48 at the time. Four years later, on Jun. 19, 2013, in Berlin, Obama said, “Peace with justice means pursuing the security of a world without nuclear weapons – no matter how distant that dream may be.”

In all fairness, the trajectory to abolition announced in Prague has either been implemented or blocked through no fault of the president: A substantial reduction in nuclear arms has been negotiated with Russia and the role of nuclear weapons in U.S. security strategy has been lessened.

The ratification of the Comprehensive Test Ban Treaty and the negotiation of a Fissile Materials Treaty, both of which the Obama administration favours, have been held up, one by the U.S. Senate, the other by another country.

But reduction is not elimination and the Defence Department (DOD) and Department of Energy continue to pursue policies that are clearly incompatible with nuclear disarmament, to wit:

The Nuclear Employment Strategy of the United States, issued by the DOD on Jun. 19, 2013, states that nuclear weapons will be used only in extreme circumstances, but that it is too early to limit their employment strictly to deterrence.

The Assessment of Nuclear Monitoring and Verification Technologies, released by the Defence Science Board in January 2014, concedes that for the first time since the beginning of the nuclear age the United States needs to be concerned not only with horizontal proliferation, i.e. to countries not possessing nuclear weapons, but also with vertical proliferation, i.e. in nuclear weapons countries.

But the 100-page report makes no reference to monitoring and verification requirements in a nuclear weapons free world.

On Feb. 6, in an apparent violation of at least the spirit if not the letter of the Nonproliferation Treaty, the U.S. announced that it had conducted a successful impact test (not involving an explosion) of the B-61 nuclear bomb. Donald Cook, deputy administrator for defence at DOD , said that engineering on the new bomb had commenced and that this would make it possible to replace older models “by the mid or late 2020s.”

Thus, U.S. policy on nuclear disarmament is at best a mixed bag; that of the other eight nuclear armed powers is not much better.

• In February the Foreign Ministry of Germany, a member of NATO, hosted a Forum on Creating the Conditions and Building a Framework for a Nuclear Weapons Free World.convened by the Middle Powers Initiative. It was attended by 26 governments and a number of civil society organisations.

• In March, the Foreign Ministry of Norway, another NATO country, convened in Oslo a Conference on the Humanitarian Impact of Nuclear Weapons, attended by 128 governments, and numerous civil society organisations.

• On Oct. 21, Ambassador Dell Higgie of New Zealand delivered to the First Committee of the U.N. the statement adopted by 125 countries, many of whom had attended the Oslo conference. It declared that the only way to guarantee that nuclear weapons will never be used again is hrough their total elimination.

• A Governmental Open Ended Working Group on Nuclear Disarmament met for the first time in May in Geneva and produced in August a report to the General Assembly which outlined a variety of approaches to reaching nuclear disarmament, including a section on the role of international law.

• Also for the first time, on Sep. 26, the General Assembly held a high level meeting on nuclear disarmament in which country after country, represented by Presidents, Foreign Ministers and other high officials, called for prompt and effective progress toward a nuclear weapons free world.

• Finally, and most importantly, during the follow up conference to Oslo held in Nayarit, Mexico, Feb. 13 and 14, Sebastian Kurz, the foreign minister of Austria, announced that he would convene a conference in Vienna later this year because “the international nuclear disarmament efforts require an urgent paradigm shift.”

The Vienna conference will not be simply a third rehearsal of the unspeakable horrors of nuclear weapons. It will get down to serious business, perhaps even the commencement of drafting a convention banning the use and possession of these weapons, as suggested by Secretary General Ban Ki-moon.

But there is a problem: The countries which have nuclear weapons have boycotted both Oslo and Nayarit. What if they boycott Vienna as well? That is the question. It is also the challenge facing the growing anti-nuclear weapons community, both official and unofficial. Embarrassment can be a tool of diplomacy.

The Nonproliferation Treaty, to which the nuclear powers pay lip service, requires good faith efforts by all states to achieve a nuclear weapons free world. This is a good time to remind the nuclear states, and particularly the big five, of that all important obligation. (IPS – February 25, 2014)

*Peter Weiss is President Emeritus of the Lawyers Committee on Nuclear Policy.