Iran’s Failure to Cooperate with the IAEA is Raising Tensions

By Kelsey Davenport and Julia Masterson 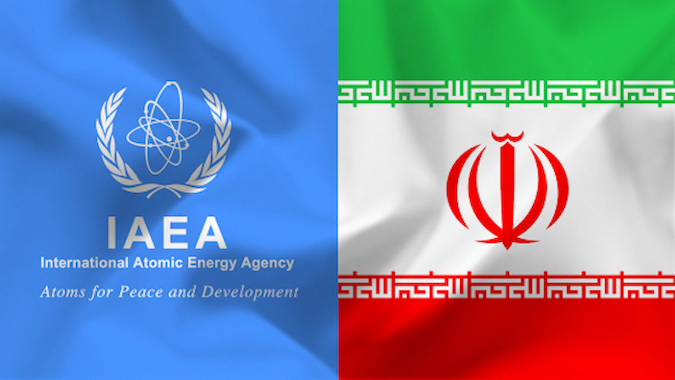 WASHINGTON, D.C. (IDN | Arms Control Association) — Iran’s refusal to allow inspectors to access a site in Iran where centrifuge components are produced is escalating tensions ahead of the resumption of talks to restore the 2015 nuclear deal, known as the Joint Comprehensive Plan of Action (JCPOA).

According to the International Atomic Energy Agency’s (IAEA) most recent report on Iran’s nuclear activities, finalized November 17, inspectors tried twice in October to access the Karaj centrifuge component manufacturing facility to install new cameras and/or confirm that production of parts had not resumed. [2021-11-19]

On both occasions, Iran refused to allow the IAEA to visit the facility. Iran similarly refused access to inspectors in September, but the situation is more serious now as reports suggest that the Karaj facility has resumed operations and is producing centrifuge components. This failure to cooperate puts at risk efforts to restore the deal by creating gaps in the monitoring record of Iran’s nuclear program which make it more difficult—if not impossible—to restore the JCPOA’s verification regime and drives speculation of illicit activities in Iran.

The IAEA has not been able to inspect the site since February when Iran reduced compliance with the JCPOA’s monitoring provisions as part of its campaign to pressure the United States back into the nuclear deal. However, under a special arrangement negotiated between Tehran and the agency, the IAEA was able to retain cameras at that site (and others) with the understanding that the agency will receive the recorded data once the JCPOA is restored.

Iran removed the cameras from Karaj in June after they were damaged in an attack on the facility. The IAEA maintains that it should have been able to install new cameras under a September 12 agreement between the agency and Iran that allowed inspectors to service surveillance equipment at certain nuclear facilities, but Tehran claims the Karaj site was not covered in that deal.

In an October 28 letter to the IAEA, Iran said it was “investigating whether the terrorists have used the Agency cameras to launch an attack on the complex,” presumably referring to the June sabotage that damaged the cameras, and requested the IAEA’s cooperation with that investigation.

In the November 17 report, the IAEA Director General Rafael Grossi said he “categorically rejects” the idea that the agency’s cameras could have aided in an attack and offered to let Iran inspect the cameras in the presence of IAEA inspectors.

The report does not say that Iran has resumed operations at Karaj, but the IAEA does note the installation of more than 170 advanced IR-6 centrifuges at its Fordow uranium enrichment facility since the last IAEA report was issued in September. A November 16 article in The Wall Street Journal reported that Iran resumed operations at Karaj in August and had since produced components for about 170 centrifuges.

This suggests that some of the IR-6 centrifuge components at Fordow could have been produced at Karaj. But regardless of whether the site is the source of IR-6 centrifuges, any un-monitored production at the facility raises concerns and will undoubtedly give rise to speculation that Iran is producing centrifuges for illicit purposes.

Operation of the facility without cameras present will also make it more difficult for the agency to maintain its understanding of Iran’s nuclear program and reconstruct its history if the JCPOA is restored.

In October, Grossi warned of the importance of restoring IAEA cameras at Karaj before operations resumed at the facility. The November 17 report again emphasized that it is “indispensable” for the IAEA to have the access necessary to maintain continuity of knowledge to be in a position to resume the monitoring and verification required by the JCPOA if the deal is restored.

Additionally, Iran’s failure to cooperate with the IAEA increases the likelihood that the IAEA’s Board of Governors will pursue a resolution censuring Iran at its meeting next week—an action that could complicate talks to restore the JCPOA. Iran narrowly avoided such a censure at the last board meeting by striking the September 12 access agreement that the IAEA argues should include reinstallation of cameras at Karaj.

In a November 18 statement, French Foreign Ministry spokesperson Anne-Claire Legendre said that the IAEA board must send a “strong message” that Iran must “return without delay to fulfilling all its commitments and obligations to the IAEA.”

While pursuing a resolution censuring Iran is appropriate given Tehran’s failure to cooperate with the agency, states may be reluctant to do so given that talks to restore the JCPOA are set to resume November 29. Iranian President Ebrahim Raisi warned in September that any action by the IAEA board would have negative implications for talks on the JCPOA.

At Fordow, the newly-installed advanced centrifuges, if made operational, will significantly increase Iran’s enrichment capacity at the hardened facility, given that the IR-6 machines are significantly more efficient in enriching uranium than the IR-1s.

Iran also has limited experience with IR-6 enrichment, so the continued production, installation, and operation adds to the knowledge Iran gains that cannot be reversed if the JCPOA is restored. Creative solutions can still mitigate the proliferation risk caused by these knowledge gains and allow for the nonproliferation benefits of the JCPOA to be restored, but the more knowledge Iran gains, the more challenging it will be to negotiate those solutions.

While the IR-6 and Karaj developments are the most concerning aspects of the November 17 report, the IAEA also noted that Iran’s stockpiles of uranium enriched to higher levels continue to grow. Iran’s stockpile of uranium gas enriched to 20 per cent grew from 84.8 kilograms (by uranium weight) to 113.8 kilograms (by uranium weight). While any growth in this stockpile is concerning, Iran’s production of 20 per cent did slow in comparison to the last quarter.

The growth in the 20 and 60 stockpiles is particularly troublesome as these levels are much closer to weapons-grade uranium (above 90 per cent). Enriching to 20 per cent, for instance, constitutes about 90 per cent of the necessary work to enrich to weapons-grade. As the stockpiles grow, Iran’s breakout, or the time it would take to produce enough uranium enriched to weapons-grade for one bomb, decreases.

Currently, Iran’s breakout is likely about one month (down from 12 months when the JCPOA was fully implemented). If Iran continues to produce 20 per cent at a similar rate, it will likely have enough that, when enriched to weapons-grade, is enough for one weapon as of the IAEA’s next quarterly report (expected late February/early March). That will further decrease breakout.

Iran’s stockpile of uranium enriched from 2-5 per cent was down slightly since the prior report, to 1,622 kilograms (by uranium weight), and its stockpile of uranium enriched to 2 per cent grew slightly to 559 kilograms (uranium by weight). Flux in these stockpiles, however, does not have an impact on short-term proliferation risk or breakout time. Stockpile growth in the 2-5 per cent level, however, would decrease the time it would take for Iran to produce enough weapons-grade uranium for additional bombs.

The November 17 report also noted that, for the first time, Iran has breached the JCPOA’s limit on 5,060 IR-1 centrifuges (30 cascades) at its Natanz enrichment plant. The IAEA reported that Iran had installed another cascade of IR-1 and completed some of the preparatory work for another five cascades.

That would bring the total number of cascades to 36. If Iran completes the installation, it will have about 6,050 IR-1 machines at that facility. (For more details on the Nov. 17 IAEA report see below).

While former President Donald Trump manufactured this crisis by recklessly withdrawing the United States from the JCPOA in May 2018, reimposing sanctions in violation of the deal, and pursuing a pressure campaign designed to rob Iran of any benefit of remaining in the accord—all despite Iran’s compliance with its obligations—Tehran’s actions are now putting efforts to restore the deal at risk.

The prolonged delay in a return to negotiations in Vienna, the failure to cooperate with the IAEA, and continued violations of the JCPOA that cannot be reversed all jeopardize the stated goal of both Tehran and Washington: to restore full compliance with the nuclear deal.

To lower tensions ahead of the November 29 resumption of talks it would behoove both sides to send signals of a willingness to engage in good faith efforts to restore the deal. Grossi’s visit to Tehran November 23 provides an opening for Iran and the IAEA to address the Karaj monitoring crisis.

Dealing with that issue would likely help address some of the agency’s concerns about maintaining the knowledge necessary to restore JCPOA monitoring and help prevent speculation about the diversion of centrifuges from having a spoiler effect.

While the Biden administration may be reluctant to make gestures now that could be perceived in Tehran as justifying the continued pursuit of leverage by further ratcheting up nuclear activities, the United States could consider humanitarian steps, particularly related to Covid-19 assistance.

Diplomacy is the only viable option to address the Iranian nuclear crisis and restoration of the JCPOA is the most straightforward path to bring sanctions relief to Iran and roll back the proliferation risk posed by Tehran’s growing nuclear program. It is in the best interest of both sides to ensure that the Vienna talks succeed—and quickly. [IDN-InDepthNews – 19 November 2021]