It Is High Time to End Reliance on Nuclear Armaments 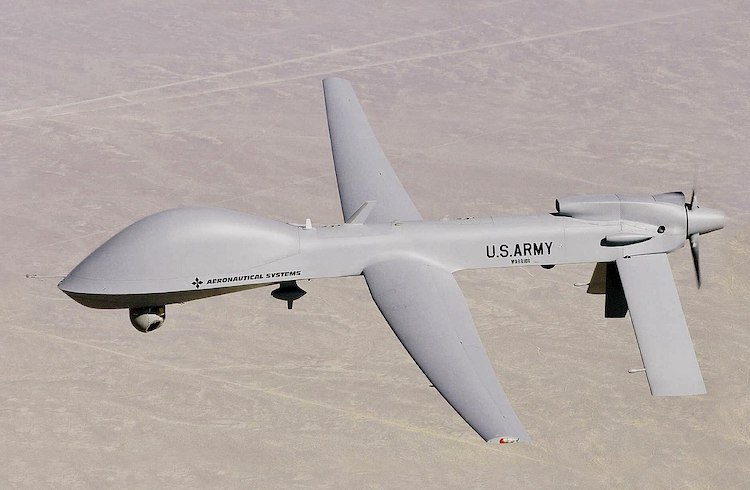 LUND, Sweden (IDN) — It's almost twenty-five years since General George Lee Butler made his confessional statement before the National Press Club in Washington—that as commander in chief of the US Strategic Command, which controls all army, navy and air force nuclear weapons, he'd had moral qualms and profound doubts about America's possession of nuclear weapons. [2021-11-30]

The speech triggered an avalanche of supportive phone calls and letters from all over the world. This led General Butler to conclude that he could "discern the makings of an emerging global consensus that the risks posed by nuclear weapons far outweigh the presumed benefits".

Yet barely a month passed before General Butler realized that for all this initial enthusiasm the heavyweight critics in the political, military, academic and journalistic establishments were not impressed. They had, he said later, "sniffed imperiously at the goal of elimination, aired their stock Cold War rhetoric, hurled a personal epithet or two and settled smugly back into their world of exaggerated threats and bygone enemies". These were General Butler's thoughts a quarter a century of Christmases ago. Plus ca change. Nothing has changed.

To gain perspective we need to cast our thoughts back to Christmas, 1950. President Harry Truman had just written in his diary that he feared World War III was imminent, as North Korean and Chinese troops threatened to plunge into South Korea. On Christmas Eve, General Douglas MacArthur, the American commander of the US/UN force, sent Truman a list of targets for which he needed 34 atomic bombs. To cut a long and tortured story short, Truman thought better of it and MacArthur was later fired for insubordination.

Since then the world has come perilously close to nuclear war a number of times and the risk of accidental war has been drawn attention to not just by the peaceniks but by such illustrious Cold War warriors as senior arms advisors to President Ronald Reagan, Fred Ikle and Paul Nitze. The post-Cold War era is arguably even more dangerous than the actual one.

From conversations I’ve had in both Moscow and Washington it’s quite clear that the new up-coming hawks who have now slipped into the shoes of the old Cold War warriors do not have the latter’s experience in realpolitik and nuclear gamesmanship and are making mistakes the old guard never would. They haven’t lived through the days of Hiroshima, the Korean War and the Cuban Missile Crisis. Indeed, their life experience has been perhaps too positive—they have had a ringside seat at the end of the Cold War and thus are tempted towards hubris rather than caution. Why else would President Bill Clinton and all his successors have so provoked Russia by expanding Nato’s borders right up to Russia’s, despite solemn promises made in 1990 to Soviet president, Mikhail Gorbachev, by President George W. Bush?

Other countries, with less expertise and experience, are rapidly developing their nuclear arsenals. General Butler has asked, "Will history judge that the Cold War was a sort of modern-day Trojan Horse, whereby nuclear weapons were smuggled into the life of the world and made an acceptable part of the way the world works?" We have been led, he says, to "think about the unthinkable, justify the unjustifiable and rationalize the irrational."

Perhaps the most bizarre aspect of our warped thinking is that the nuclear-have nations cling to the notion that at the same time they have the ability to threaten others with impunity they can tell the rest of the world that nuclear proliferation must be contained.

What exactly is the U.S. doing, and what exactly are its nuclear allies, Britain and France, and countries in Nato like Germany which host US nuclear weapons doing to set a plausible example of the imperative to do away with weapons of mass destruction? The policeman has no moral authority if he is stealing and raping too.

President Bill Clinton loved to say at regular intervals, "for the first time since the dawn of the nuclear age, there is not a single Russian missile pointed at America's children." This was an absurdly facile remark. Within minutes both Russia and the U.S. can program their missiles to aim at each other and could fire off 5,000 strategic missiles within half an hour. We live every day on a hair trigger.

In all the controversy that swirls around former US president, Donald Trump nothing is more fatuous than the claim that he was somehow in President Vladimir Putin’s pocket. During Trump’s term of office not one step was taken towards diminishing the nuclear threat despite a number of sound proposals from Moscow.

In the end it was left to President Joe Biden to do this, almost as soon as he came into office. Russia gained nothing on the military front from Trump. Not one thing! Indeed, it lost a lot.

Trump presided over the largest expansion—by 50%—of the nuclear weapons industry since the end of the Cold War, increasing spending by billions of dollars, all done with bipartisan congressional support. Trump also reversed a decision made by President Barack Obama to retire America’s largest nuclear weapon, the B83, which has 800 times the power of the Hiroshima bomb. Trump withdrew America from the Intermediate-Range Nuclear Forces Treaty which had led to the elimination of 2,692 US and Soviet nuclear and conventional ground-launched ballistic and cruise missiles based in Europe. The treaty was signed by Gorbachev and President Ronald Reagan.

Barely reported on is the decision of Biden to follow in Trump’s footsteps on the INF treaty. Last month Washington announced that the US will deploy in Germany the new Dark Eagle hypersonic missile and the Typhon, a multi-purpose system, similar to the Mk-41 Aegis ashore anti-missile system that the US has stationed in Poland and Romania.

These weapons can fire missiles that will reach Moscow in 5 minutes and some Russian cities in much less time. At present they will be conventionally armed. But this can be quickly changed. No wonder that Putin and (this is my impression from polls I’ve read) an overwhelming majority of European Russians feel encircled. Inevitably, Moscow will match America’s deployments and we will be in a more dangerous situation than we were in Cold War times.

For God’s sake, why? Russia is now officially a country whose twin credos are Christianity and capitalism. Indeed, Moscow is regarded by theologians to be the “Third Rome”—after the capital of Christianity moved from Rome to Constantinople and then, when the Ottomans drove the Orthodox Christians out of the city, to Kiev and then to Moscow.

Is it necessary to make Russia an enemy of the West, the country that allied itself with the West during both World Wars? Indeed, Russia supported the American independence struggle and, it is said, no Russian or American soldier has ever killed the other in battle.

The best ploy is to skate round the ice blocks. Biden could start off a process of reciprocal unilateral action with Putin—first, to take American nuclear missiles off their accident-prone launch, or on-warning posture. The US should take the first step since America's second-strike power is far superior to Russia's.

Second, Washington should stall the Trump nuclear build up and reach out to Moscow to replace the INF Treaty (and the Treaty on Conventional Armed Forces in Europe that was its corollary). There should be another round of reductions in long range-ballistic missiles, including the planned hyper supersonic missiles. Most important of all, Nato should pull back its forces to the old Cold War boundaries of Europe.

America has been at war for 223 of the last 245 years. Now let us see it become the world’s peace maker. Joe Biden is a practising Catholic, in a number of ways a Christian idealist. Putin is a practising Orthodox believer. Successive popes have preached against the immorality of possessing nuclear weapons. Orthodox prelates have echoed the popes. At Christmas the two presidents should renew their faith and their common sense. Faith and sense should not be in opposition to each other.

About the author: The writer was for 17 years a foreign affairs columnist and commentator for the International Herald Tribune, now the New York Times. He has also written many dozens of columns for the New York Times, the Washington Post, the Boston Globe and the Los Angeles Times. He is the European who has appeared most on the opinion pages of these papers. Visit his website: www.jonathanpowerjournalist.com [IDN-InDepthNews — 30 November 2021]

Image: A photo of the US Army's new MQ-1C Warrior UAV. Courtesy of US Army | Wikimedia Commons