An Important TPNW Signal from Germany—But Nothing More 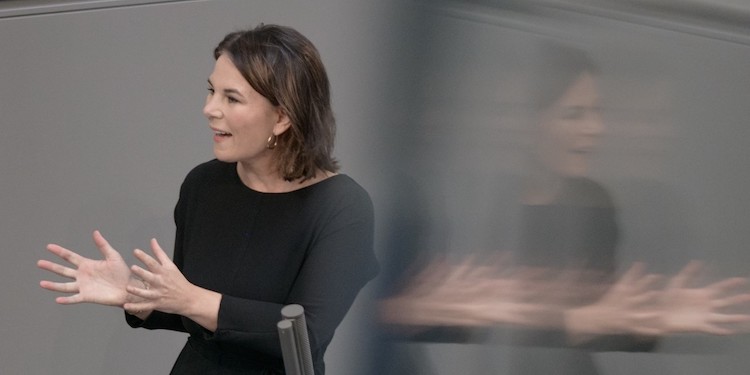 BONN (IDN) — The new German coalition government will not rock the foundations of German foreign and security policy. It wants to remain a reliable partner in the EU and NATO. But it sends an important signal for disarmament and arms control efforts. The 177-page coalition agreement contains the following passage on the TPNW: [2021-12-22]

"In light of the results of the NPT Review Conference and in close consultation with our allies, we will constructively accompany the intention of the treaty as observers (not as members) at the Conference of the Parties to the Treaty on the Prohibition of Nuclear Weapons."

This is a new, important notion. Even before the new government was installed, the US, France and NATO criticised them for moving towards the TPNW. The previous security policy position in Germany, as in NATO in general, was that the NPT had priority and TPNW was superfluous and disruptive in the deliberations on the NPT. The argument against TPNW was, according to former Foreign Minister Heiko Maas, that Germany wanted to use its influence in NATO and as a US ally "to work constantly towards fewer nuclear warheads in this world”.

The Berlin coalition partners know how sensitive the TPNW issue is in NATO, in the EU and among security pundits. That is one of the reasons why they are only seeking observer status at the TPNW conference and also why they point out in the coalition agreement that they want to continue to play a role in NATO's nuclear concept.

In order to leave no doubt about Germany's position, the coalition agreement also states: "The transatlantic alliance is a central pillar and NATO is an indispensable part of our security." But the observer status in the TPNW is by no means neutral, because observers must also participate in financing the conference, which will meet for the first time next March.

So far, all nuclear powers reject the TPNW and also refuse to accept observer status at the Treaty Conference of the signatory countries. NATO calls itself a nuclear alliance and stated that, while the Alliance’s ultimate goal is a world free of nuclear weapons, NATO’s nuclear deterrent is its “strongest deterrent.”

And the recent paper signed between the US and French presidents at their meeting in Rome in October 2021 reiterates the goal of a further strengthening of deterrence as a core element of the countries’ collective defence.

Europe is divided on the TPNW. Four European states, namely Austria, Ireland, Malta, and San Marino, have ratified the treaty. Norway was, so far, the only member of NATO committing the country to participate as an observer. Thus, it is important for the acceptance of the TPNW that another NATO country wants to acquire observer status. However, NATO members France and the United Kingdom possess nuclear weapons and four EU member states (Belgium, Germany, Italy, Netherlands) as well as Turkey host U.S. nuclear weapons on their territory under NATO nuclear sharing arrangements.

This is, of course, incompatible with the TPNW, which requires its states parties to “never under any circumstances develop, test, produce, manufacture, otherwise acquire, possess or stockpile nuclear weapons or other nuclear explosive devices”.

Consequently, two other issues of nuclear deterrence in Germany are closely linked to its status at the TPNW: Germany’s nuclear sharing arrangement and deployment of US nuclear weapons on German territory. About 15 US B-61 tactical nuclear weapons are deployed at the air base in Büchel in Germany. They are due to be modernised. The sharing arrangement foresees that, in case of an emergency, the German Luftwaffe, not the American Air Force will drop these atomic warheads on a target.

Key representatives of the new government (Annalena Baerbock, the new Foreign Minister from the Greens, and Rolf Mützenich, the leader of the Social Democrats in Parliament) have demanded during the election campaign that these nuclear warheads be withdrawn in the foreseeable future.

How to square the circle? Clear signals for arms control, withdrawal of American nuclear warheads, but adherence to nuclear deterrence and full and unquestioned membership in NATO. And beyond that, the new government wants to "increase Europe's strategic sovereignty," a phrase repeatedly used by French President Emmanuel Macron. Macron is calling for more European independence and less military dependence on NATO.

The new government in Germany has little opportunity to postpone a decision on Germany's nuclear involvement. The Tornado fighter jets intended for the Bundeswehr's nuclear mission are outdated. Less than a quarter of the 85 Tornado fighter jets are actually operational. If nuclear sharing is to be maintained—apparently a must if the government does not want to question NATO membership—then new fighter aircraft are urgently needed. The former German government has set the decision-making process in motion with the announced purchase of American fighter jets for this task.

But within two of the three governing parties (SPD and Greens) there is considerable resistance, both against the hosting of US nuclear weapons in Germany and against the enormous costs of procuring new nuclear-capable aircraft. At the same time, however, the new government pleads, a bit convoluted, for “fair burden-sharing in the alliance”. In plain language: increased military spending to achieve the promised target of two percent of GNP.

As an interesting aside: The government has refrained from committing to this specific percentage of military expenditures but rather decided on a three percent target for the combined spending on diplomacy, development assistance and defence. This approach is to signal that security is not exclusively dependent on military activities.

With the announcement that Germany wants to participate in the TPNW as an observer, clear doubts are expressed about the usefulness of nuclear weapons. At the same time, however, the important allies in NATO and the EU should not be alienated.

Of course, the coalition agreement is not set in stone and must prove itself in reality. But the security policy concept is not entirely consistent since it is a mixture of pro and contra nuclear policy. It seems the government is drawn in different directions, reflecting both the realpolitik of government as well as some of the pacifist traditions of the Greens and the military-critical reflex of the Social Democrats.

The most likely outcome is an emphasis (and hopefully initiatives) for arms control and disarmament and, at the same time,—to keep all options open—the procurement of combat aircraft that are capable for nuclear weapon missions. Increases in military spending are also likely, especially to avoid criticism from the US or NATO (also from the eastern neighbours such as Poland and the Baltic countries which are particularly concerned about Russia’s military and its intentions).

The announcement of an intention to take part in the TPNW is a clear signal criticising and questioning nuclear policy, which might encourage other countries to subscribe to the TPNW. It’s a signal that has set off alarm bells in Paris, Washington and Brussels. The near future will tell whether it will be more than an important signal. In any case, further discussions, possibly also trouble and turbulence within NATO, can be expected about this German initiative. [IDN-InDepthNews – 22 December 2021]