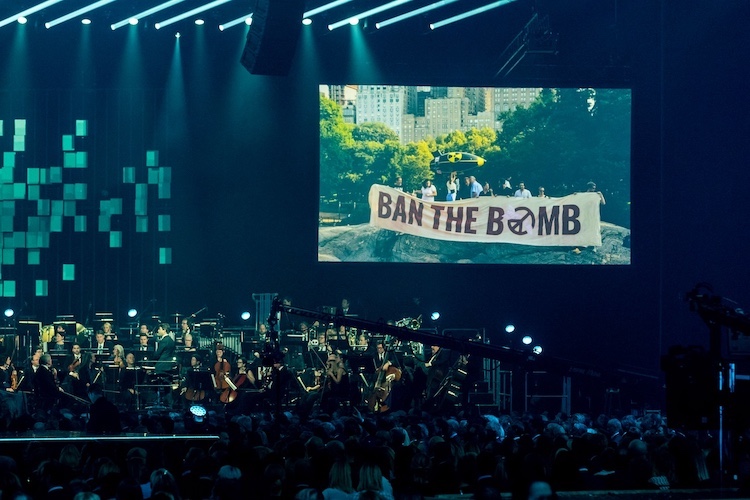 GENEVA (IDN) — 2017 Nobel Peace laureate, the International Campaign to Abolish Nuclear Weapons (ICAN) and its partner organisations are carrying out activities across Africa to promote adherence to the Treaty on the Prohibition of Nuclear Weapons (TPNW) and to raise awareness of the grave threat that nuclear weapons pose to all humanity. [2022-05-19-04] FRENCH |  INDONESIAN |  JAPANESE TEXT VERSION PDF

The TPNW includes a comprehensive set of prohibitions on participating in any nuclear weapon activities. These include undertakings not to develop, test, produce, acquire, possess, stockpile, use or threaten to use nuclear weapons.

The Treaty also prohibits the deployment of nuclear weapons on national territory and the provision of assistance to any State in the conduct of prohibited activities.

States parties will be obliged to prevent and suppress any activity prohibited under the TPNW undertaken by persons or on territory under its jurisdiction or control.

Besides, the Treaty obliges States parties to provide adequate assistance to individuals affected by the use or testing of nuclear weapons, as well as to take necessary and appropriate measures of environmental remediation in areas under its jurisdiction or control contaminated as a result of activities related to the testing or use of nuclear weapons.

ICAN, a coalition of non-governmental organizations in 104 countries, played a crucial role in the Treaty being adopted by a vote of 122 States in favour, with one vote against and one abstention at the United Nations in New York on July 7, 2017. Forty-two were African states.

It was opened for signature by the UN Secretary-General on September 20, 2017. Following the deposit with the Secretary-General of the 50th instrument of ratification or accession of the Treaty on October 24, 2020, it entered into force on January 22, 2021.

Since then, all 54 African states have voiced their support for this landmark treaty in the UN General Assembly, and many have signed and ratified it (see the list here), while several are now in the process of becoming States parties.

The organisations with which ICAN is carrying out regional activities are the African Union, AFCONE and ECOWAS.

In April 2019, the African Union’s Peace and Security Council held a meeting on the TPNW, and ICAN was invited to brief the 15-member body. In March 2022, the Commission of the AU, in partnership with ICAN, convened a meeting “to promote universalisation of the TPNW in Africa”, at which government officials from AU member states exchanged views.

They recalled the leading role African states played in the negotiation, adoption, and promotion of the TPNW, as well as the synergy of the treaty with other regional priorities and instruments, notably the African Nuclear-Weapon-Free Zone Treaty (the “Pelindaba Treaty”).

The Treaty is named after South Africa's main Nuclear Research Centre, run by The South African Nuclear Energy Corporation and was the location where South Africa's atomic bombs of the 1970s were developed, constructed and subsequently stored. The Pelindaba Treaty was signed in 1996 and came into effect with the 28th ratification on July 15, 2009.

The Treaty prohibits the research, development, manufacture, stockpiling, acquisition, testing, possession, control or stationing of nuclear explosive devices in the territory of parties to the Treaty and the dumping of radioactive wastes in the African zone by Treaty parties.

The Pelindaba accord also forbids any attack against nuclear installations in the zone by Treaty parties and requires them to maintain the highest standards of physical protection of nuclear material, facilities and equipment, which are to be used exclusively for peaceful purposes.

The Treaty requires all parties to apply full-scope International Atomic Energy Agency safeguards to all their peaceful nuclear activities. A mechanism to verify compliance, including the establishment of the African Commission on Nuclear Energy (AFCONE), has been established by the Treaty. Its office will be in South Africa.

ICAN has cooperated with the AFCONE to advance nuclear disarmament. In October 2021, an ICAN delegation attended the fifth conference of states parties to the African Nuclear-Weapon-Free Zone Treaty in Johannesburg, South Africa.

ICAN and its partner organisations in West Africa have engaged with the Economic Community of West African States (ECOWAS) since 2019. In December 2021, following advocacy by ICAN, the ECOWAS parliament expressed its support for the TPNW and encouraged ECOWAS members that have not yet done so to become parties to the treaty.

Besides, ICAN has been carrying out activities to promote adherence to the TPNW and to raise awareness of the grave threat that nuclear weapons pose to all humanity on a national level in 24 African countries.

In 2017, 42 African states voted in favour of the Treaty’s adoption. Since then, 29 African states have signed it and 12 have now ratified it. Congo is the first Central African State to ratify the TPNW.

Mr Jean-Claude Gakosso, Minister of Foreign Affairs, Francophonie and Congolese Abroad of the Republic of the Congo signed the TPNW on September 20, 2017, when it opened for signature, at a high-level ceremony in New York.

Congo’s ratification on May 12, 2022 is considered a testimony of Africa’s firm stance that multilateral action on nuclear disarmament is more necessary and urgent than ever, and that it is the responsibility of all states to lead towards the elimination of these horrific weapons.

“The ratification of the Treaty on the Prohibition of Nuclear Weapons is worth its weight in gold and reminds us that international peace and security is worth this price”, Isidore Mvouba, President of the Congolese National Assembly, said in February 2022.

Indeed, the consequences of any use of nuclear weapons anywhere would be disastrous, everywhere, resulting in death, destruction, climate change, famine, and an ensuing refugee crisis that would ripple throughout Africa and the world, threatening the very survival of humanity.

“Congo, by ratifying the TPNW, has just made a major contribution to global public health. The use of nuclear weapons would have devastating health consequences for years. It is important that countries which have not yet signed and ratified the TPNW follow Congo's example for a safe and healthy world,” said Georges Batala-Mpondo of the Association congolaise pour la santé publique et communautaire (ACSPC), ICAN’s Congolese partner. [IDN-InDepthNews – 19 May 2022]