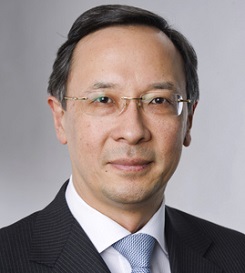 UNITED NATIONS (IPS) - August 29 is the fifth observance of the International Day against Nuclear Tests. One of the first decrees of President Nursultan Nazarbayev of Kazakhstan was the historic decision to close on Aug. 29, 1991 the Semipalatinsk Nuclear test site, the second largest in the world.

Kazakhstan also voluntarily gave up the world’s fourth largest nuclear arsenal, with more than 110 ballistic missiles and 1,200 nuclear warheads with the capacity to reach any point on this earth. [P]  JAPANESE TEXT VERSION PDF | SPANISH

Many believed at that time that we took this decision because we did not possess the ability or competence to support such an massive atomic arsenal. Not true. We had then, and have even today, the best experts.

For us, it was more a question of political will to withdraw from the membership of the Nuclear Club because Kazakhstan genuinely believed in the futility of nuclear tests and weapons which can inflict unimagined catastrophic consequences on human beings and the environment.

The closing of the Semipalatinsk nuclear test site was followed by other major test sites, such as in Nevada, Novaya Zemlya, Lop Nur and Moruroa.

Therefore, at the initiative of Kazakhstan, the General Assembly adopted resolution 64/35, on Dec. 2, 2009, declaring Aug. 29 as the International Day against Nuclear Tests.

Secretary-General Ban Ki-moon visited the Ground Zero of Semipalatinsk in April 2010 and described the action of the president as a bold and unprecedented act and urged present world leaders to follow suit.

In the words of President Nazarbayev, this historical step made by our people, 23 years ago, has great significance for civilisation, and its significance will only grow in the coming years and decades.

It is acknowledged today that the end of testing would also result in the ultimate abolition of nuclear weapons and hence the importance of the entry into force of the Comprehensive Nuclear Test-Ban Treaty.

Kazakhstan was one of the first to sign the treaty, and has been a model of transforming the benefits of renouncing nuclear weapons into human development especially in the post-2015 phase with its emphasis on sustainable development.

It has been internationally recognised that nuclear-weapon-free zones on the basis of arrangements freely arrived at among the states of the region concerned enhance global and regional peace and security, strengthens the nuclear non-proliferation regime and contributes towards realizing the objectives of nuclear disarmament.

Yes, there are political upheavals, and there will be roadblocks, but we have to keep pursuing durable peace and security. For these are the founding objectives of the United Nations.

Each year in the U.N.’s First Committee and the General Assembly, a number of resolutions are adopted, supported by a vast majority of member states calling for the elimination of nuclear weapons, and accelerating the implementation of nuclear disarmament commitments.

There are resolute and continuing efforts by member states, various stakeholders and civil society who advocate for an international convention against nuclear weapons.

We also see the dynamic action taken, especially by civil society, which brings attention to the devastating humanitarian dimensions of the use of nuclear weapons.

The meeting hosted by Norway in Oslo, and earlier this year in Nayarit by Mexico, have given new impetus to this new direction of thinking. We hope to carry further this zeal at the deliberations in Vienna, scheduled later this year.

The international community will continue its efforts on all fronts and levels to achieve the goal of a world free of nuclear weapons.

There was also a reaffirmation by the nuclear-weapon states of their unequivocal undertaking to accomplish the total elimination of their nuclear arsenals leading to nuclear disarmament, to which all states parties are committed under article VI of the Treaty of the Non-Proliferation of Nuclear Weapons.

The international community, I am sure, with the impassioned engagement of civil society will continue to redouble its efforts to reach Global Zero. (IPS | 29 August 2014)

* Ambassador Kairat Abdrakhmanov is the Permanent Representative of the Republic of Kazakhstan to the United Nations.