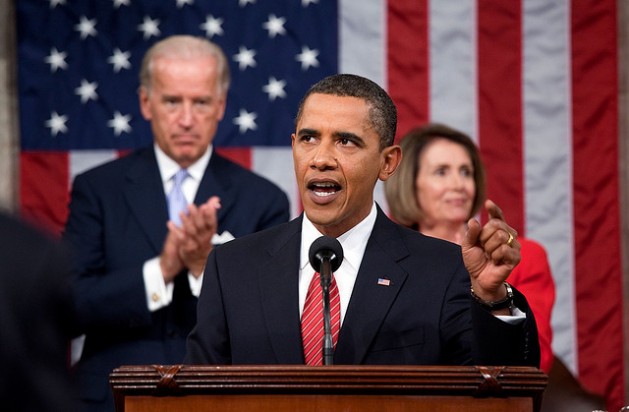 The issues at stake here are bigger than politics,” said Obama on the White House lawn after announcing the “historic understanding with Iran,” which, “if fully implemented will prevent it from obtaining a nuclear weapon.”

“If Congress kills this deal – not based on expert analysis, and without offering any reasonable alternative – then it’s the United States that will be blamed for the failure of diplomacy,” he said. “International unity will collapse, and the path to conflict will widen.”

Negotiators from Iran and the P5+1 countries (U.S., U.K., France, China, Russia plus Germany) have until Jun. 30 to produce a comprehensive final accord on Iran’s controversial nuclear programme. That gives Congress just under three months to embrace a “constructive oversight role”, as the president said he hoped it would.

“Congress has played a couple of roles in these negotiations,” Laicie Heeley, policy director at the Washington-based Center for Arms Control and Non-Proliferation, told IPS. “I think some folks would like to think they are playing a bad cop role, but I’m not sure how effective they’ve been…it’s a dangerous game to play.”

If negotiators had gone home empty handed, hawkish measures, like the Kirk-Menendez sponsored Iran Nuclear Weapon Free Act of 2013, which proposes additional sanctions and the dismantling of all of Iran’s enrichment capabilities – a non-starter for the Iranians – would have had a better chance of acquiring enough votes for a veto-proof majority. 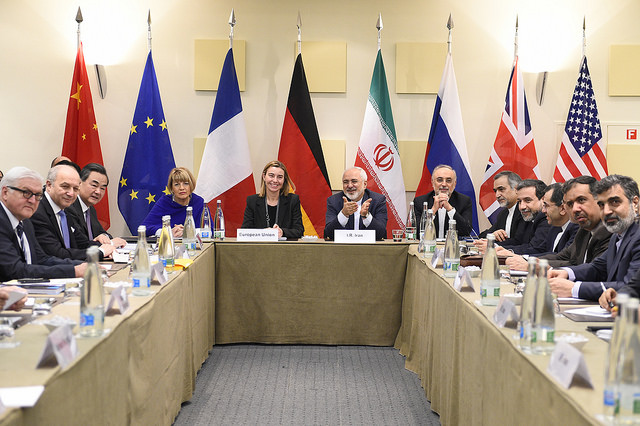 But now that a final deal is on the horizon, Republicans will have a much harder time convincing enough Democrats to sign on to potentially deal-damaging bills.

With the Kirk-Menendez bill out of the way, the most immediate threat Obama faces now comes from the Iran Nuclear Agreement Review Act of 2015proposed by the Republican chair of the Senate Foreign Relations Committee, Senator Bob Corker.

The Corker bill gives the final say to a Republican-majority Congress – which has consistently criticised the president’s handling of the negotiations – granting it 60 days to vote on any comprehensive nuclear agreement with Iran immediately after it’s reached. During that period, the president would not be able to lift or suspend any Iran sanctions.

Corker said Thursday that the Senate Foreign Relations Committee would take up the bill on Apr. 14, when lawmakers return from a spring recess.

“If a final agreement is reached, the American people, through their elected representatives, must have the opportunity to weigh in to ensure the deal truly can eliminate the threat of Iran’s nuclear program and hold the regime accountable,” he said in a statement.

But administration officials reminded reporters yesterday that the president would oppose any bill that it considered harmful to the prospects of a final deal.

“What would not be constructive is legislative action that essentially undercuts our ability to get the deal done,” said the official.

The idea that Congress should have a say on any deal became especially popular after a preliminary accord was reached in Geneva two years ago, clearing the path for a host of congressional measures particularly from the right. But now that a final deal is in the works, hawks will have a harder time acquiring essential support from Democrats.

“Before yesterday Senator Corker was fairly certain he could get a veto-proof majority, but now that there’s a good deal on the table he’s going to have a lot of trouble getting votes from enough Democrats,” said Heeley, who closely monitors Capitol Hill.

Statements from key democrats yesterday retained what has become customary skepticism, but some are already hinting that they are gearing up to support the administration’s position.

Senate Minority Leader Harry Reid called on his colleagues to “take a deep breath, examine the details and give this critically important process time to play out.”

“We must always remain vigilant about preventing Iran from getting a nuclear weapon but there is no question that a diplomatic solution is vastly preferable to the alternatives,” he said in a statement Thursday.

Obama has his work cut out for him, however, in the next two weeks as pro- and anti-deal groups press Congress to take up their positions.

“[W]e have concerns that the new framework announced today by the P5+1 could result in a final agreement that will leave Iran as a threshold nuclear state,” said the American Israel Public Affairs Committee (AIPAC), a leading Israel lobby group, in a statement.

The Foundation for Defense of Democracies (FDD), a well-known hawkish think tank in D.C, also reiterated its stance against any deal that allows Iran to maintain its nuclear infrastructure.

“The parameters of the nuclear deal that have emerged look like we are headed toward a seriously flawed one,” wrote FDD’s Mark Dubowitz and Annie Fixler in an article on the Quartz website entitled ‘Obama’s Nuclear Deal With Iran Puts the World’s Safety at Risk’.

The Israeli prime minister, who received numerous standing ovations when he addressed Congress on Iran in March – even after the White House made its opposition to his visit crystal clear – meanwhile called the framework deal “a grave danger” that would “threaten the very survival” of Israel.

Both Israel, and to a lesser degree Saudi Arabia, have made their opposition to the negotiations with Iran clear, and are expected to voice their concerns loudly over the next few months.

But the Obama administration’s efforts can’t be solely devoted to convincing allies or fighting a home front battle—it must also nail down the details of the final deal, which is far from guaranteed at this point.

“A lot of thorny issues will have to be resolved in the next three months, chief among them the exact roadmap for lifting the sanctions, language that goes into the U.N. Security Council resolution, measures for resolving the PMD [possible military dimensions] issues, and the mechanism for determining violations,” Ali Vaez, the International Crisis Group’s senior Iran analyst, told IPS.

“Negotiations will not get easier in the next three months; in fact, they will get harder as the parties struggle to resolve the remaining thorny issues and defend the agreement,” said Vaez, who was in Lausanne when the agreement was announced.

“Success is not guaranteed, but this breakthrough has further increased the cost of breakdown,” he added. (IPS | 3 April 2015)