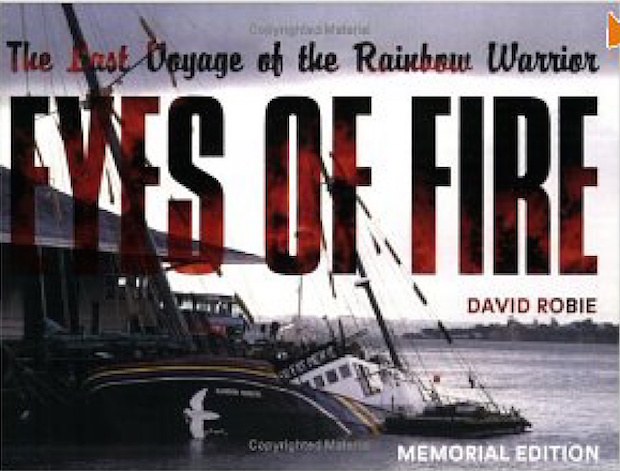 SUVA, Fiji (IDN) - Prominent Pacific Island anti-nuclear campaigners want a revival of their once-robust movement to support the international effort against ‘nuclearism’. Their call coincides with a major international meeting at the United Nations in New York – the 2015 Review Conference of the Parties to the Treaty on the Non-Proliferation of Nuclear Weapons (NPT) from April 27 to May 22, 2015. [P06] GERMAN | JAPANESE TEXT VERSION PDF

The NPT is a landmark international treaty whose objective is to prevent the spread of nuclear weapons and weapons technology while promoting co-operation in the peaceful uses of nuclear energy.

However, besides Palau, there were no Pacific island countries represented in the 148 States parties that participated in one or more of the annual preparatory meetings held in the lead up to the 2015 NPT.

This is despite the Pacific region’s immense contribution to the nuclear disarmament movement, as recorded by the International Campaign to Abolish Nuclear Weapons (ICAN). At the height of the U.S.-Soviet arms race, members of the South Pacific Forum signed and ratified the South Pacific Nuclear Free Zone Treaty (SPNFZ). Moreover, Pacific governments have traditionally voted in favour of resolutions calling for a global treaty banning nuclear weapons at the UN and at various international disarmament summits.

According to Emele Duituturaga, the head of the Pacific Islands Association of Civil Society Organisations (PIANGO), none of their national liaison units are represented at the 2015 NPT. Neither is Duituturaga aware of any other NGOs that will represent the region at the conference.

The Pacific’s absence from a major event such as the NPT is another apparent sign of the overall decline of anti-nuclear advocacy in the region, which some see as a worrying trend that needs to be arrested.

Stanley Simpson, formerly the assistant director of the now non-operational Fiji-based regional pressure group, Pacific Concerns Resource Centre, told IDN that ‘nuclearism’ is still a threat, even if it might appear dormant.

“The danger is not over,” insists Simpson. “We still live with the legacy of nuclear testing and activity.” Nuclear testing in the Pacific began in 1946 and ended in 1996, with the former colonial powers – United States, Britain and France– collectively conducting more than 300 detonations in the region.

Nearly 70 years on, the continued refusal of the concerned powers to own up to their past transgressions and compensate victims deepens the sense of injustice felt in the region.

In February this year, the Fiji Government pledged financial assistance to 24 surviving Fijian soldiers who were on Christmas Island (now Kiribati) during British nuclear tests in the late 1950s. Fijian Prime Minister Frank Bainimarama said, "We owe it to these men to help them now, not wait for the British politicians and bureaucrats. We need to erase this blight on our history.”

A recent article by the President of the Marshall Islands, Christopher J. Loeak, outlines the callous manner in which his country was treated by the United States. The article appeared in the 2014 publication, Banning Nuclear Weapons: A Pacific perspective, published by the International Campaign to Abolish Nuclear Weapons (ICAN). Loeak points out that besides the “Bravo” test, which was 1,000 times more powerful than the Hiroshima bomb, 17 other tests in the Marshall Islands were in the megaton range. The total yield of the tests in the Marshalls comprised nearly 80 per cent of the atmospheric total detonated by the United States.

French Polynesians were similarly treated by the French Government, which conducted 193 atmospheric and underground nuclear tests at Moruroa and Fangataufa atolls. The ICAN publication relates the case of a local Maohi (Polynesian) worker at the testing centre after an atmospheric test in September 1966 on Moruroa.  The worker was among those instructed to clean up all the debris that littered the roads. The worker stated that the supervisors told them: ‘It’s OK, you can go over there.’

According to David Robie, a journalism professor at the AUT University in Auckland, New Zealand,  the Pacific anti-nuclear movement grew out of a sense of outrage that countries like Britain, France and the United States were using vulnerable Pacific island territories as pawns to carry out  tests that they were not willing to carry out in their own backyard.

Robie, who covered anti-nuclear issues as an independent jourmalist, authored a book in 1986, Eyes of Fire, about the bombing of the Rainbow Warrior by French state terrorists in 1985. “The arrogance of the North really upset a lot of people in the Pacific,” Robie told IDN. “Newly emerging countries like Vanuatu, led by the late Walter Lini (Prime Minister of Vanuatu) and political leaders like Oscar Temaru, then mayor of the Pape’ete suburb of Fa’aa, declared themselves “nuclear-free” to make a statement of independence.”

After Pacific-wide protests forced a halt to French nuclear tests in 1996, the civil society groups at heart of the anti-nuclear movement either scaled down or closed their operations. Some turned their attention to what became regarded as immediate hazards, such as global warming.

Robie states that while France was conducting nuclear tests in the Pacific, there was still a big “power ogre” to focus attention on. Once the end of these tests were achieved, other issues took precedence. “In the 1980s, the buzzword was nuclear refugees. Now it is climate change refugees,” says Robie.

The Fiji anti-Nuclear group (FANG), which was at the frontline of the anti-nuclear movement in the 1980s, is no longer active. The group opposed both French testing in Tahiti and the Fiji government’s policy on allowing nuclear-powered and nuclear-armed ships into the country. The Suva-based Pacific Concerns Resource Center (PCRC), which acted as the secretariat for the Nuclear Free and Independent Pacific (NFIP) movement, has since closed operations.

PIANGO’s Duituturaga states that with the closure of the PCRC, the nuclear issue “went off the radar”. Asked if the nuclear danger was over for the Pacific, Duituturaga replied: “No – of course not. Nuclear arms are destructive to all of us – whether or not we are directly involved.”

Robie too feels that the Pacific remains exposed. Specific threats include the persistent radioactive contamination from  the tests; the issue of newer fallout from the Fukushima nuclear power plant in Japan; and the China-U.S. rivalry, especially with speculation about China’s eventual plans for Taiwan, which raises the specter of nuclear conflict.

According to Simpson, it behoves the Pacific to be part of the disarmament movement. “Nuclear testing is an emotional issue for Pacific Islanders. Pacific people can strengthen the movement’s heart and soul,” states Simpson.

Unfortunately, the Pacific will presence is unlikely to be felt at the 2015 NPT, which will consider a number of crucial issues, such as nuclear disarmament, and the promotion and strengthening of safeguards.

*Shailendra Singh is Coordinator and Senior Lecturer in Journalism at the School of Language, Arts & Media, Faculty of Arts, Law & Education at the University of the South Pacific, Suva, Fiji. The views in the story are not necessarily shared by the USP, where the writer is employed. [IDN-InDepthNews – 17 April 2015]