By AMBASSADOR A. L. A. AZEEZ 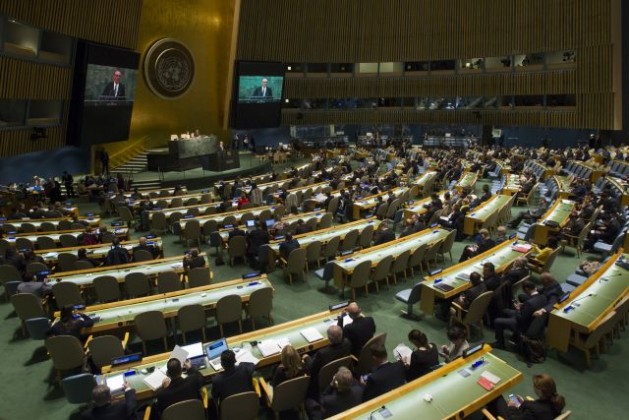 Nevertheless, there are a few aspects pertaining to the themes, which undoubtedly make them inter-related. They should not be lost sight of, as the NPT Review Conference, which concludes its month long session Friday, moves along its agenda.

The five-yearly review process has been effectively reduced to one of stock-taking - of unmet timelines, benchmarks and undertakings.

The issue of strengthening the review process arose pursuant to, and as part of, the 1995 Review and Extension Conference. It remains on the agenda of each Main Committee of the NPT Review Conference since then.

While a special feature of the 1995 process is its important adjunct, the indefinite extension of the Treaty, a specific expectation of the outcome of that process was strengthening of the three pillars of the Treaty.

This was sought to be achieved in such a way that the implementation of the three pillars would be consummate and mutually reinforcing.

One should not be oblivious, however, to what provided the immediate context for indefinite extension. It was the expectation that those countries, which retained their nuclear weapons under the Treaty, would take practical measures towards the elimination of nuclear arsenals.

It was noted then, with concern, that expected measures towards the elimination of nuclear arsenals had floundered within the 25 years preceding the 1995 review and extension process.

Underpinning this standpoint was the commitment by nuclear weapon states that they would pursue disarmament as a matter of priority and without delay.

This is reflected in the outcomes of the review conferences, particularly that of the 2010 Review Conference, where a clear commitment was made, that disarmament would be taken forward in ‘good faith’ and ‘at an early date’.

Nevertheless, those who possess nuclear arsenals have not lived up to the commitments.

The ‘forward looking’ thrust of the process, which was originally intended to inspire positive action, has sadly, due to overwhelming convergence of strategic interests, or other reasons, become an exercise of reinventing the wheel.

What is now required is to clearly state timelines and verification and other measures in any plan of action to be adopted.

There has been no progress in nuclear disarmament. Nuclear non-proliferation has made only a little headway in a few regions. The impact on ‘peaceful uses’, of restrictive and control measures, is all too apparent. They often appear to border on denial of technology.

The total lack of progress in the field of nuclear disarmament as against corresponding increase in restrictive or control measures in the area of ‘peaceful uses’, with nuclear non-proliferation swinging in-between, presents a spectre of regression for all humanity.

It seems to be reinforcing the view among countries, which look to ‘peaceful uses’ as a component in their national energy policies, or development strategies, that leaving aside the treaty construct of ‘three pillars’, playing field is not level, and will not be, in the foreseeable future.

In diplomacy, the emphasis always is on staying positive. As the review process is in its last week, the call for it is growing stronger.

But can one conceivably do so in the current scenario, which appears fraught with far too many challenges in area of nuclear disarmament with its inter-relationship to the other two pillars of NPT? Is cautious optimism in order?

A measure of pessimism has already set in, and has the potential to become irreversibly dominant. It would be so, unless and until there is an urgent re-summoning of necessary political will to achieve a radical change in our mindsets as well as in our policies and programmes.

Universalisation of the Treaty is an objective that needs to be continuously promoted. But behind what has led to this call remains its indefinite extension that was achieved in 1995.

If there had been no agreement on extension in 1995, there would be no treaty left behind today. The goal of strengthening the review process must therefore inspire, and be inspired by, the goal of universalisation.

The logic that led to the extension of the Treaty needs to bear on the call for its universalisation, both as part of, and pursuant to, review process.

The extension of the Treaty is indefinite, and it was intended to be outcome-oriented. When the three pillars of the Treaty are advanced equally, and progress towards nuclear disarmament becomes irreversible, the Treaty would be said to have achieved its objective.

A strengthened review process would thus contribute a great deal towards realising this intended outcome.

The goal of universalisation, however, needs to be advanced with a time span in view, and above all, it needs to be qualitative.

What does all this mean?

We should no doubt count on and increase the number of adherences, but equally, we should also emphasise the overall importance of integrating, without discrimination inter se, all the provisions of the Treaty. National policies and programmes of State parties need to reflect these thereby enabling the advancement of its three pillars.

The review process should strengthen efforts to achieve this twin goal. (IPS | 19 May 2015)

Photo: A view of the General Assembly Hall as Deputy Secretary-General Jan Eliasson (shown on screens) addresses the opening of the 2015 Review Conference of the Parties to the Treaty on the Non-Proliferation of Nuclear Weapons (NPT). The Review Conference is taking place at UN headquarters from 27 April to 22 May 2015. Credit: UN Photo/Loey Felipe