‘Generation of Change’ Pleads for Walking the Nuclear Abolition Talk Concluding a three-day International Youth Summit on Nuclear Abolition in Hiroshima, commemorating the 70th anniversary of the atomic bombings that razed Hiroshima and Nagasaki to the ground, the pledge stated on August 30: “Nuclear weapons are a symbol of a bygone age; a symbol that poses eminent threat to our present reality and has no place in the future we are creating.”

The Youth Summit followed on the heels of the 25th UN Conference on Disarmament Issues in Hiroshima, organised by the Bangkok-based United Nations Regional Centre for Peace and Disarmament in Asia and the Pacific (UNRCPD).

They also met with survivors of the atomic bombing (hibakusha) and discussed future strategies aimed at ridding the world of nuclear weapons.

The pledge concludes: "We, the Generation of Change, invite you to join us as we raise our collective voice to call for action; we refuse to stand by while nuclear weapons continue to threaten our lives and future generations. Join us, take action and create change!"

Participants argued that for 70 years speeches have been made, statements issued and endorsed saying “never again”. And yet we are still held hostage by nuclear weapons. “We, youth around the world, are mustering the courage to stand up and fulfill these decades-old promises of abolition. We need to eliminate this threat to our shared future and we urge you to join us, the Generation of Change. It is time to take action.”

“Abolishing nuclear weapons is our responsibility; it is our right and we will no longer sit by while the opportunity of nuclear abolition is squandered. We, youth in all our diversity and in deep solidarity pledge to realize this goal. We are the Generation of Change.”

“The continued existence of nuclear weapons,” says the pledge, “is unacceptable and action must be taken to protect our shared future.”

Therefore, as the Generation of Change, they vow to:

The pledge was issued at a wider public forum joined by 250 participants at which summit cochairs Rick Wayman of the Nuclear Age Peace Foundation (NAPF) and Anna Ikeda of Soka Gakkai International (SGI) presented the Youth Pledge to Ahmad Alhendawi, the UN Secretary-General's Envoy on Youth.

Alhendawi urged, "Let's be the generation that makes peace possible. This youth summit is sending a strong message to the world, that the youth are for peace and for a nuclear-free-world, and the world must listen."

The public forum also featured a film made by atomic bomb survivor Masaaki Tanabe, whose childhood home stood right next to the Atomic Bomb Dome in Hiroshima. He said, "Seeing my film, I hope that you really understood that these were real lives, people, genuine human beings. I want the world's leaders to know this truth." 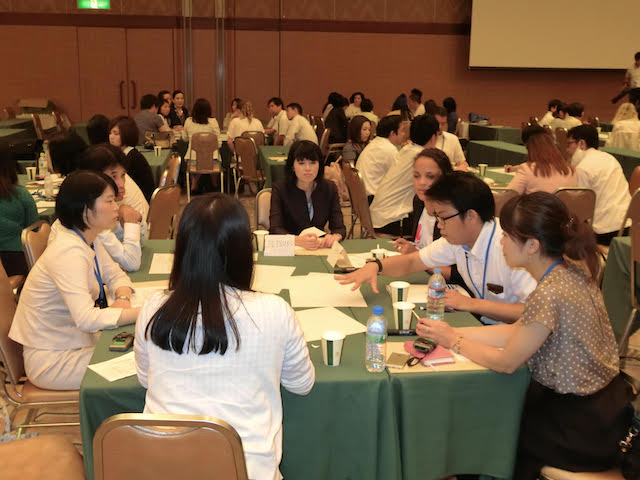 Youth participants said the summit had deepened their sense of urgency. Erin Hunt of Mines Action Canada (MAC) commented: "This network of young people who now have this shared experience of knowing what these weapons can do – I think is very, very important."

The event was coordinated by representatives, among others, of ICAN (International Campaign to Abolish Nuclear Weapons), MAC, NAPF, SGI and the Women's International League for Peace and Freedom (WILPF).

Nobuyuki Asai, program coordinator for peace affairs of the SGI, a socially-engaged Buddhist network with 12 million members around the world that promotes peace, culture and education that has been campaigning for the abolition of nuclear weapons for over 50 years, said:

“Youth have intrinsic potential and capacity to change the status quo. The world stands at a critical juncture as we are marking the 70th anniversary of the atomic bombings of Hiroshima and Nagasaki. It is the time for young people around the world to unite together, to make a breakthrough toward a world without nuclear weapons.” [IDN-InDepthNews – 31 August 2015]