The Complex Game of Counting U.S. and Russian ‘Warheads' 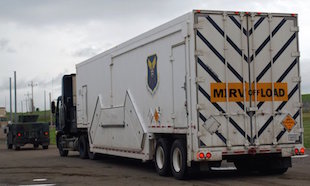 WASHIGTON, DC (FAS | IDN) - The number of U.S. strategic warheads counted as “deployed” under the New START Treaty has dropped below the treaty’s limit of 1,550 warheads for the first time since the treaty entered into force in February 2011 – a reduction of 263 warheads over four and a half years.

Russia, by contrast, has increased its deployed warheads and now has more strategic warheads counted as deployed under the treaty than in 2011 – up 111 warheads.

These two apparently contradictory developments do not mean that the United States is falling behind and Russia is building up. Both countries are expected to adjust their forces to comply with the treaty limits by 2018.

Rather, the differences are due to different histories and structures of the two countries’ strategic nuclear force postures as well as to fluctuations in the number of weapons that are deployed at any given time.

The latest warhead count published by the U.S. State Department lists the United States with 1,538 “deployed” strategic warheads – down 60 warheads from March 2015 and 263 warheads from February 2011 when the treaty entered into force.

But because the treaty artificially counts each bomber as one warhead, even though the bombers don’t carry warheads under normal circumstances, the actual number of strategic warheads deployed on U.S. ballistic missiles is around 1,450. The number fluctuates from week to week primarily as ballistic missile submarines (SSBNs) move in and out of overhaul.

Russia is listed with 1,648 deployed warheads, up from 1,537 in 2011. Yet because Russian bombers also do not carry nuclear weapons under normal circumstances but are artificially counted as one warhead per bomber, the actual number of Russian strategic warheads deployed on its ballistic missiles is closer to 1,590 warheads.

Because it has fewer ICBMs than the United States (see below), Russia is prioritizing deployment of multiple warheads on its new intercontinental ballistic missiles (ICBMs). In contrast, the United States has downloaded its ICBMs to carry a single warhead – although the missiles retain the capability to load the warheads back on if necessary. And the next-generation missile (GBSD; Ground-Based Strategic Deterrent) the Air Force plans to deploy a decade from now will also be capable of carry multiple warheads.

Warheads from the last MIRVed U.S. ICBM are moved to storage at Malmstrom AFB in June 2014. The sign “MIRV Off Load” has been altered from “Wide Load” on the original photo. Image: US Air Force.

This illustrates one of the deficiencies of the New START Treaty: it does not limit how many warheads Russia and the United States can keep in storage to load back on the missiles. Nor does it limit how many of the missiles may carry multiple warheads.

The New START Treaty count lists a total of 762 U.S. deployed strategic launchers (ballistic missiles and long-range bombers), down 23 from March 2015 and a total reduction of 120 launchers since 2011. Another 62 launchers will need to be removed before February 2018.

Four and a half years after the treaty entered into force, the U.S. military is finally starting to reduce operational nuclear launchers. Up till now all the work has been focused on eliminating so-called phantom launchers, that is launchers that were are no longer used in the nuclear mission but still carry some equipment that makes them accountable. But that is about to change.

On September 17, the Air Force announced that it had completed denuclearization of the first of 30 operational B-52H bombers to be stripped of their nuclear equipment. Another 12 non-deployed bombers will also be denuclearized for a total of 42 bombers by early 2017. That will leave approximately 60 B-52H and B-2A bombers accountable under the treaty.

The Air Force is also working on removing Minuteman III ICBMs from 50 silos to reduce the number of deployed ICBMs from 450 to no more than 400. Unfortunately, arms control opponents in the U.S. Congress have forced the Air Force to keep the 50 empted silos “warm” so that missiles can be reloaded if necessary.

Finally, this year the Navy is scheduled to begin inactivating four of the 24 missile tubes on each of its 14 Ohio-class SSBNs. The work will be completed in 2017 to reduce the number of deployed sea-launched ballistic missiles (SLBMs) to no more than 240, down from 288 missiles today.

Yet Russia is retiring four Soviet-era missiles (SS-18, SS-19, SS-25, and SS-N-18) faster than it is deploying new missiles (SS-27 and SS-N-32) and is likely to reduce its deployed launchers more over the next three years.

Russia is also introducing the new Borei-class SSBN with the SS-N-32 (Bulava) SLBM, but slower than previously 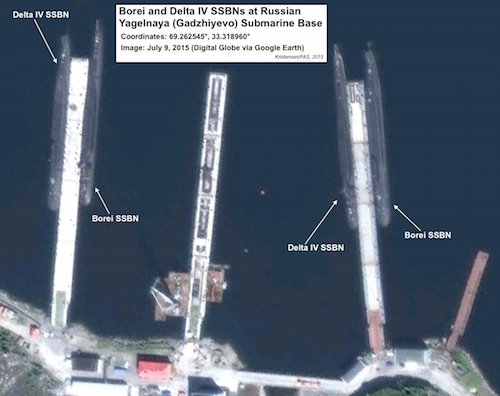 Four and a half years after the New START Treaty entered into force in 2011, the United States has reduced its “accountable” deployed strategic warheads below the limit of 1,550 warheads for the first time. The treaty limit enters into effect in February 2018.

Yet it is disappointing that Russia has allowed its number of “accountable” deployed strategic warheads to increase during the duration of the treaty. There is no need for this increase and it risks fueling exaggerated news media headlines about a Russian nuclear “build-up.”

Overall, however, the New START reductions are very limited and are taking a long time to implement. Despite souring East-West relations, both countries need to begin to discuss what will replace the treaty after it enters into effect in 2018; it will expire in 2021 unless the two countries agree to extend it for another five years. It is important that the verification regime is not interrupted and failure to agree on significantly lower limits before the next Non-Proliferation Treaty review conference in 2020 will hurt U.S. and Russian status.

Moreover, defining lower limits early rather than later is important now to avoid that nuclear force modernization programs already in full swing in both countries are set higher (and more costly) than what is actually needed for national security.

* Hans M. Kristensen is the director of the Nuclear Information Project at the Federation of American Scientists where he provides the public with analysis and background information about the status of nuclear forces and the role of nuclear weapons.

This publication, which first appeared in FAS Blog on October 6, 2015, was made possible by a grant from the New Land Foundation and Ploughshares Fund. The statements made and views expressed are solely the responsibility of the author. It is being reproduced by arrangement with the author. [IDN-InDepthNews – 15 October 2015]

Photos: (1) Warheads from the last MIRVed U.S. ICBM are moved to storage at Malmstrom AFB in June 2014. The sign “MIRV Off Load” has been altered from “Wide Load” on the original photo. Image: US Air Force.
(2) Russian Borei- and Delta IV-class SSBNs at the Yagelnaya submarine base on the Kola Peninsula. Click to open full size image.