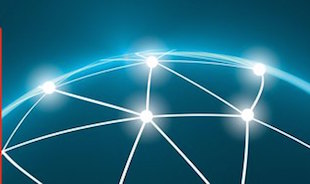 NEW YORK (IDN) - An effective verification of atomic arsenals as well as that of nuclear material and other military activities is a pre-condition for achieving a world free of nuclear weapons, experts told IDN. They were participating in a briefing to update on International Partnership for Nuclear Disarmament Verification (IPNDV) at the UN Headquarters in New York. [P35]  JAPANESE TEXT VERSION PDF

The establishment of the IPNDV goes back to December 4, 2014, when the U.S. Under Secretary of State for Arms Control and International Security Rose Gottemoeller announced a new initiative to develop the tools and technologies in the quest to reduce and eliminate nuclear weapons.

The IPNDV channels, as the U.S. Department of State says, expertise from both nuclear and non-nuclear weapon states to address the complex challenges involved in the verification of nuclear disarmament.

The inaugural meeting was held in Washington, DC in March 2015. Ahead of the IPNDV plenary on November 16-18 in Oslo (Norway) to finalize the terms of reference, the Nuclear Threat Initiative (NTI) and the United States Mission to the UN co-hosted on October 14 a public side event at the United Nations in New York, ‘Building a Path Forward: Update on the International Partnership for Nuclear Disarmament Verification’.

An important participant in the event was Jørn Osmundsen, senior adviser on Global Security and Disarmament at the Ministry of Foreign Affairs in Norway. Explaining the rationale behind the Partnership initiative, he said: “In order to dismantle nuclear weapons, we need tools to make verifications. Being able to verify disarmament is a pre-condition for reaching a world without nuclear weapons.”

“The whole purpose of the meeting was to . . .give countries an update on the progress that we have made since the initial kick-off meeting of the international partnership (IPNDV). We wanted to raise awareness of what we are doing,” Andrew Bieniawski, the vice-president of the NTI, told IDN.

According to him, the main benefit of this international partnership is that it includes countries both with and without nuclear weapons. There are currently more than 25 states involved in the partnership.

“It is not just trying to get as large a number of countries as possible, but it is getting the right set of countries that have expertise that can provide value and input into the process,” he emphasized, referring to countries like Norway, Britain, Australia and Poland that include those knowledgeable in the field.

According to NTI, there are still a lot of technical issues that need to be resolved on way to an effective verification system.

Following the inaugural meeting in Washington DC, the Partnership countries agreed to set up three working groups: on monitoring and verification objectives co-chaired by The Netherlands and Italy; on-site Inspections that will be the responsibility of Australia and Poland; and the third working group related to technical challenges and solutions, chaired by Sweden and United States.

The three groups are now reviewing the drafts and terms of reference to determine the charter to be finalized and approved in Oslo.

“We have been putting a lot of work into this partnership. Countries have different levels of expertise and understanding on this complicated issue,” NTI vice-president Bieniawski said.

In coordination with the U.S. State Department and the Department of Energy, NTI has built a comprehensive library of articles, reports and studies on a range of verification and monitoring topics with the relevant work completed to date.

“There are more than 200 documents that are now available at the NTI website. They are free and unclassified. We want to build a body of knowledge and increase the capacity of the partnership. This shows the partnership is already active underway even though it is a multi-year process,” explained Bieniawski.

In his view, the reaction from the countries attending the public side event at the UN was positive. “There were very good insightful questions. It is clear that the audience knows a lot about this issue. One of the main things we emphasize is that we are trying to be as transparent as possible,” stated.

The senior program officer at the NTI for Material Security and Minimization and the Nuclear Security Project, Kelsy Hartigan, who also attended the meeting at the UN, said the Partnership is intended to gather and share know-how among countries.

“States do have a lot of technical expertise in related areas that can be applied to disarmament verification. This will be a long term and sustainable partnership. One of the main goals is focused on capacity building and connecting the dots between technical experts who work on other aspects central to Non-Proliferation of NuclearWeapons (NPT) and disarmament issues,” he told IDN.

The next meeting in Oslo is awaited with great expectations. By the time, the three working groups co-chaired by the six countries will have agreed on a charter to put into practice.

“This work is very technical and it takes time. We cannot rush. We have taken the time to develop the terms of reference of the three working groups. And this is one of the objectives of the Oslo meeting, to finalize those terms of reference,” explained Jørn Osmundsen of the Foreign Ministry in Oslo.

Norway has shown a solid record on disarmament becoming a priority in the Government’s foreign polic, he said. It played an active role in the negotiations on the 1997 Mine Ban Treaty and the 2008 Convention on Cluster Munitions.

In March 2013, Oslo hosted the first Conference on the Humanitarian Impact of Nuclear Weapons, a wake-up call for nuclear abolition. Since then, two further conferences have taken place in Nayarit (Mexico) in February 2014, and in Vienna (Austria) in December 2014. “

“We have some solid experience that we can bring into this partnership,” added the senior adviser on Disarmament from the Norwegian Ministry of Foreign Affairs referring to the 2007 UK-Norway initiative (UKNI) on nuclear warhead dismantlement verification.

The UKNI is collaboration between experts from both countries to a collaborative technical research on nuclear disarmament verification in order to enhance transparency, confidence and openness, and advance progress towards the UK and Norway’s shared aim of the peace and security of a world without nuclear weapons.

“If we are to reach the point of a world without nuclear weapons, we need a verification regime. And this is not easily developed, we need to start working on that now,” said Osmundsen. [IDN-InDepthNews – 19 October 2015]