Australia Under Heavy Criticism For Nuclear Agreement with India 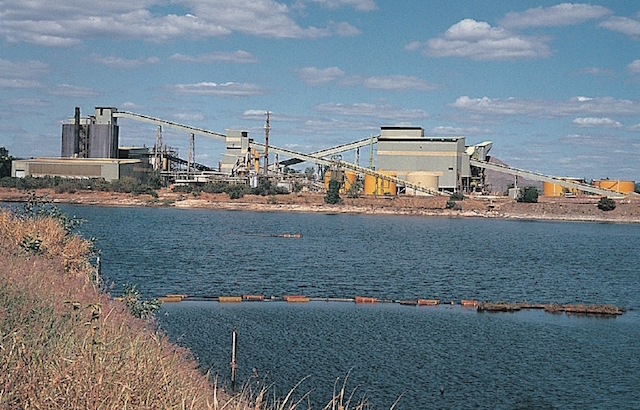 SYDNEY (IDN) - Though the Australian Parliament has not yet ratified the Australia-India Nuclear Cooperation Agreement signed in 2014, civil society, environment and disarmament advocates caution that sale of uranium to India would fuel a nuclear arms race in the region and undermine Australia’s strong credentials as an exponent of nuclear safeguards policies. [P37]  GERMAN | JAPANESE TEXT VERSION PDF

The International Campaign to Abolish Nuclear Weapons (ICAN) Australia has expressed grave concerns regarding the weak safeguards in the Agreement, the poor safety record at Indian nuclear facilities, and the implications of the Agreement for the nuclear non-proliferation regime. This is the first time the Australian Government would be selling uranium to a country that is not a signatory to the nuclear Non-Proliferation Treaty (NPT).

“Nuclear commerce with India on arguably less stringent terms than those applied to NPT signatories compliant with their NPT non-proliferation obligations undermines the purpose, credibility and value of the NPT. The deal with India, which (also) contravenes Australia’s obligations under the South Pacific Nuclear Weapons Free Zone, cements Australia as part of the problem of nuclear danger rather than part of the solution,” says Dr Tilman A Ruff, Founding Chair of ICAN Australia.

Article IV of the South Pacific Nuclear Weapons Free Zone Treaty (SPNFZ), which entered into force on December 11, 1986, obliges signatories to not supply equipment or material to countries – like India – which are not under full scope safeguards.

Signatories to the Treaty are apart from Australia: Cook Islands, Fiji, Kiribati, Nauru, New Zealand, Niue, Papua New Guinea, Samoa, Solomon Islands, Tonga, Tuvalu, and Vanuatu. Of the five nuclear-weapon states, France and the Britain have ratified all three protocols while Russia and China have only ratified Protocols II and III. U.S. ratification of all three protocols is pending.

Warning that Australian uranium will further fuel the nuclear arms race in the region, Dr Ruff says, this would happen “either indirectly, by expanding the pool of uranium available, which from domestic sources is insufficient for both India’s military and nuclear power plans; or directly”.

“The enmeshment of India’s military and civilian operations, the lack of an effective independent nuclear regulatory agency, the extremely limited application of safeguards which can be varied by India at any time, and the substantial limitations of the safeguards themselves contribute to these risks,” he adds.

He says that India’s use of a reactor provided by Canada and fuel provided by the U.S to produce the plutonium for its first nuclear explosion in 1974 breached assurances that both would be utilised only for peaceful purposes.

“Meanwhile, Pakistan’s response to the opening up of international nuclear commerce with India has been as alarming as it has been predictable – ramping up its production of fissile materials, and expanding its nuclear arsenal, at a rate currently faster than any other nation”, Dr Ruff, who is also Co-President of International Physicians for the Prevention of Nuclear War (IPPNW), told IDN.

IPPNW was awarded 1985 Nobel Peace Prize for performing "a considerable service to mankind by spreading authoritative information and by creating an awareness of the catastrophic consequences of atomic warfare".

Negotiations for the sale of uranium to India began in 2006 and an agreement was reached in 2014. In its Australia-India Nuclear Cooperation Agreement report tabled on September 8, 2015, the Joint Standing Committee on Treaties (JSCOT) recommended that the Agreement be ratified, but the regulation of nuclear safety and security at Indian nuclear facilities be addressed before the sale of uranium takes place. It called on Australia to commit diplomatic resources to encourage India to make genuine disarmament advances, such as signing the Nuclear Test Ban Treaty.

The Australian Conservation Foundation (ACF) wants Prime Minister Malcolm Turnbull to be mindful of the serious concerns associated with this planned action and respect the highly cautionary approach outlined in the JSCOT report and recommendations.

“We hold deep concerns that the Australia-India uranium deal will increase risk, especially with India’s nuclear industry the subject of continuing and unresolved safety problems and regulatory deficiencies. In 2012 the Indian Auditor General had released a damning report warning of ‘a Fukushima or Chernobyl-like disaster if the nuclear safety issue is not addressed’. The concerns highlighted in this report, including lax regulation, poor governance and a deficient safety culture, remain largely unaddressed,” ACF’s Nuclear Free Campaigner, Dave Sweeney, told IDN.

So is there a real danger that Australian uranium will free up India’s existing uranium stockpiles to be used in its nuclear weapons programme? Sweeney says, “Increasingly likely. India is actively expanding its nuclear arsenal and weapons capabilities through increased uranium enrichment capacity, increased attention to multiple weapons launch platforms and advanced work on improved submarine launch capabilities. The proposed treaty action places no practical, political or perception barrier to any of these activities. Instead it effectively gives a green light to India’s nuclear weapons ambitions. Such a cavalier approach is not in the best interests of Australia or the region.”

Australia has 40 per cent of the world’s uranium reserves and it is a significant uranium exporter.  A significant portion of Australia's uranium has been sourced over three decades from Mirarr land in the Northern Territory.

The representative organisation of the Mirarr people, the Gundjeihmi Aboriginal Corporation’s Chief Executive Officer Justin O'Brien says, “Traditional Owners have long held concerns regarding the impacts of uranium once it is exported and its potential to be used in nuclear weapons. The Mirarr are worried by the lack of enforceable safeguards to ensure uranium intended for nuclear power is not diverted to nuclear weapons and these appear to be even weaker than usual in this proposed Agreement.”

For Australia, the uranium deal could increase exports and employment opportunities. The deal could bring in an extra 1.75 billion Australian dollars (about 1.27 billion U.S. dollars) worth of exports to the economy and create up to 4,000 jobs.

For India, the uranium sale deal could help the emerging economic power meet its energy needs. But as Dr Sue Wareham, Vice-President, Medical Association for Prevention of War (Australia) says, “Nuclear power cannot address the issue of climate change. Even if there is further development of nuclear power, it will be far too slow because it takes 10 to 15 years to get a nuclear power plant at a point of producing electricity. Particularly important also is the link with weapons. We know there are definite links between the civilian and military fuel cycles, and that is a particular problem that will remain as long as nuclear power is there”.

Nuclear energy’s share of global commercial electricity generation has remained almost stable (–0.2 percent) in 2013 compared to the previous year, but declined from a peak of 17.6 percent in 1996 to 10.8 percent, according to the World Nuclear Industry Status Report 2014.

She points out that there is also the problem of nuclear waste. “The technological and practical reality is that we don’t have any way of reliably and permanently separating nuclear waste from the environment. The world really needs to put serious and significant funding into further promotion, development and implementation of renewable energies – solar, wind, geothermal and biofuels, which have been underused and under-resourced”, Dr Wareham told IDN.

A detailed report by WWF-India and TERI - The Energy and Resources Institute had mapped out how India could generate as much as 90 percent of total primary energy from renewables by 2050.

Australia is in an interesting situation because as a country it doesn’t have any nuclear weapons, but subscribes to the doctrine of extended nuclear deterrence under the U.S. alliance.

ICAN is calling on the Australian Government to support a diplomatic process to negotiate a legally binding instrument prohibiting nuclear weapons as the best next step towards achieving their complete elimination. [IDN-InDepthNews – 26 October 2015]