Treaty to Ban Nuclear Weapons High on UN Agenda in 2016 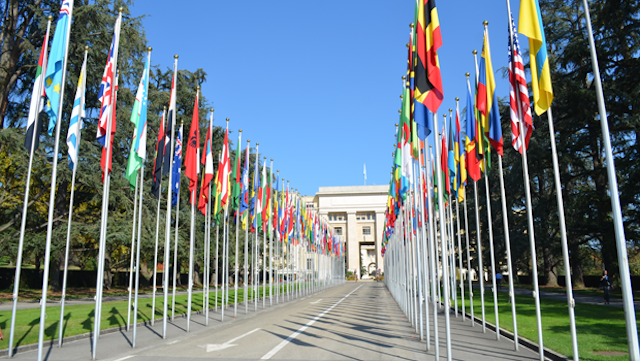 BERLIN | NEW YORK (IDN) - An open-ended working group of the United Nations General Assembly for achieving a nuclear-weapon-free world is, along with the Sustainable Development Goals, an important agenda item that the year 2015 has bequeathed to 2016. [P41] JAPANESE TEXT VERSION PDF

The General Assembly also adopted a number of other important resolutions: 139 nations pledged “to fill the legal gap for the prohibition and elimination of nuclear weapons”. 144 countries declared that it was in the interests of humanity that nuclear weapons are never used again “under any circumstances”. 132 states described nuclear weapons as “inherently immoral”.

The General Assembly voted on December 7 to set up a working group that will draft “legal measures, legal provisions and norms” for achieving a world without nuclear weapons. This new UN body – which has the backing of 138 nations – is widely expected to focus its efforts on devising the elements for a treaty prohibiting nuclear weapons outright.

The creation of a working group was recommended in the draft final document from the nuclear Nonproliferation Treaty (NPT) review conference that ended on May 22, 2015. As the Arms Control Association pointed out, the proposal grew out of the frustration of many states with the lack of progress on nuclear disarmament.

According to the NPT document, the purpose of the working group would be “to identify effective measures for the full implementation of Article VI” of the NPT, “including legal provisions or other arrangements,” and to do so on the basis of consensus. Under Article VI, the treaty parties are to “pursue negotiations in good faith on effective measures relating to the cessation of the arms race at an early date and to nuclear disarmament”.

According to the UN, the working group shall also “substantively address recommendations on other measures that could contribute to taking forward multilateral nuclear disarmament negotiations, including but not limited to:

“(a) Transparency measures related to the risks associated with existing nuclear weapons;

“(b) Measures to reduce and eliminate the risk of accidental, mistaken, unauthorized or intentional nuclear weapon detonations; and

“(c) Additional measures to increase awareness and understanding of the complexity of and interrelationship between the wide range of humanitarian consequences that would result from any nuclear detonation.”

Dates have yet to be set. But the working group will meet in Geneva, Switzerland, in 2016 for up to 15 days. In the interests of achieving real progress, the working group will not be bound by strict consensus rules. It will submit a report to the General Assembly next October on its substantive work and agreed recommendations.

International organizations and civil society organizations, including the International Campaign to Abolish Nuclear Weapons (ICAN) are also invited to participate. “It is time to begin the serious practical work of developing the elements for a treaty banning nuclear weapons,” said Beatrice Fihn, executive director of ICAN. “The overwhelming majority of nations support this course of action.”

The Mexican-sponsored resolution that set up the working group acknowledges in preamble to the resolution “the absence of concrete outcomes of multilateral nuclear disarmament negotiations within the UN framework for almost two decades”. It adds that the “current international climate” – of increased tensions among nuclear-armed nations – made the elimination of nuclear weapons “all the more urgent”.

The five permanent members of the UN Security Council, who comprise the nine nuclear-armed nations – China, Russia, the United Kingdom, the United States and France – are opposed to the creation of the working group.

They issued a joint statement in November explaining their view. “An instrument such as a ban” would “undermine the NPT (Non-Proliferation Treaty) regime”, they argued, but did not explain how, said ICAN.

They could have supported an “appropriately mandated” working group bound by strict consensus rules, they said. However, such an arrangement would have allowed them, collectively or individually, to block all proposed actions and decisions, including the appointment of a chair and adoption of an agenda. The Mexican approach of giving greater control to nuclear-free nations is “divisive”, they criticized.

Among the countries that abstained from voting on the resolution was Germany, which hosts U.S. nuclear weapons on its territory, stating that the working group is not “inclusive” – in spite of the fact that the UN encourages participation of all nations. Japan and Australia, which believe it is acceptable to use nuclear weapons in certain circumstances, also abstained, offering vague explanations.

India and Pakistan, which reportedly possess nuclear weapons, argued that the working group would threaten the Conference on Disarmament (CD) – a Geneva-based forum established in 1979 as the single multilateral disarmament negotiating forum of the international community, as a result of the first Special Session on Disarmament of the United Nations General Assembly in 1978.

The CD, which has been stuck up for nearly two decades, excludes two-thirds of the world’s nations from its deliberations (mostly developing nations). It will hold the first of three sessions in 2016 from January 25 to April 1, 2016.

According to ICAN, the UN General Assembly’s vote on a resolution setting up a working group comes in the aftermath of the success of the three major conferences on the humanitarian impact of nuclear weapons in 2013 and 2014.

“These have resulted in a growing expectation among governments and civil society that negotiations on a treaty banning nuclear weapons should now begin. The failure of the NPT review conference this May further underscored the need for real action,” commented ICAN.

“We cannot delay indefinitely the prohibition of a weapon that is patently unacceptable on humanitarian grounds,” said ICAN’s Fihn. “We expect that certain nations will continue to oppose this course of action. But that must not prevent us from moving forward. We have outlawed other indiscriminate, inhumane weapons. Now we must outlaw the very worst weapons of all.” [IDN-InDepthNews – 28 December 2015]