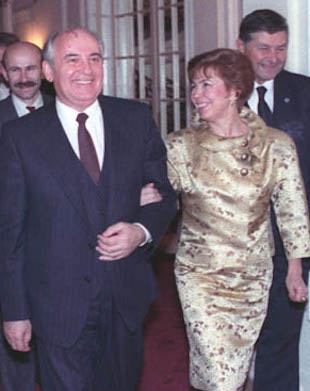 WILMINGTON, USA (IDN) - For some time now, the movement for abolition of nuclear weapons has been proceeding on the assumption that we can secure an abolition treaty without fundamentally altering global security arrangements. Understandably, very little if any attention has been focused upon the much larger issue of abolishing war. But it may turn out that we cannot abolish nuclear weapons without abolishing war.

Nothing logically requires this. But as a practical matter, the two things may be inextricably linked.  For one thing, the Russians will demand, if not general and complete disarmament, at least serious reductions in conventional forces.  And once we agree to that, we are halfway to a new security system – international alternative dispute resolution.

One of the people who recognized this is Mikhail Gorbachev, who said this in an interview:  “We will never be able to solve the nuclear question unless at the same time we develop a system of international organizations…and effective systems of regional security….[T]he international organization should have certain decision-making powers and mechanisms for enforcement.”  Jonathan Schell, The Gift of Time:  The Case for Abolishing Nuclear Weapons Now, at 165 (1998).

This is not a new idea, nor is it a radical idea.  Called by some “world peace through law” (WPTL), it contemplates replacing the war system with the global rule of law, although it would not be existing international law but rather a much more “equity”-based four-stage system of compulsory alternative dispute resolution (ADR):

1) Compulsory negotiation (according to one historian, this would have prevented WWI);

2) Compulsory mediation (this alone would probably solve 99% of all international conflict);

3) Compulsory arbitration (proposed by Theodore Roosevelt and William Howard Taft, but rejected by the Senate); and

4) Compulsory adjudication (proposed by the Eisenhower and Kennedy administrations in the 1960s and by Mikhail Gorbachev in 1987).

[Existing international law does not make ADR mandatory, Article 33(2) of the UN Charter providing merely that “[t]he Security Council shall, when it deems necessary, call upon the parties to settle their differences by such [ADR] means.”  As to what would make resort to ADR truly compulsory, the answer would have to be simply a growing international norm (in addition to treaty language) making it so.]

Discussion of WPTL proposals has largely disappeared in the last fifty years. [See John E. Noyes, “William Howard Taft and the Taft Arbitration Treaties,” 56 Villanova L. Rev. 535, 552 (2011) (“the view that international arbitration or an international court can assure the peaceful settlement of disputes between rival states has largely disappeared.”].

The two topics are intimately interrelated and actually dovetail with one another nicely:

1. nuclear weapons have made abolition necessary;

2. abolition will result in the needed trust for nations to rely upon global dispute resolution systems; and

Albert Einstein said something highly pertinent in this respect in 1947: “Since I do not foresee that atomic energy is to be a great boon for a long time, I have to say that for the present it is a menace.  Perhaps it is good that it is so.  It may intimidate the human race into bringing order into its international affairs, which, without the pressure of fear it would not do.”

These are the worst of times and, potentially, the best of times.  For we finally have it in our power to solve the problem of peace, surely the most important endeavor of the human race.

*James T. Ranney is retired law professor, Widener Law School. He is working on a book whose current title is:  The Abolition of War:  A Comprehensive Plan for the Abolition of Nuclear Weapons, an International Dispute Resolution System, and a United Nations Peace Force.  For further information, contact: This email address is being protected from spambots. You need JavaScript enabled to view it.. [IDN-InDepthNews – 3 January 2016]

Photo: Gorbachev with Raisa on way to a dinner at the Soviet Embassy in Washington, DC. 9 December 1987. | Credit: Wikimedia Commons