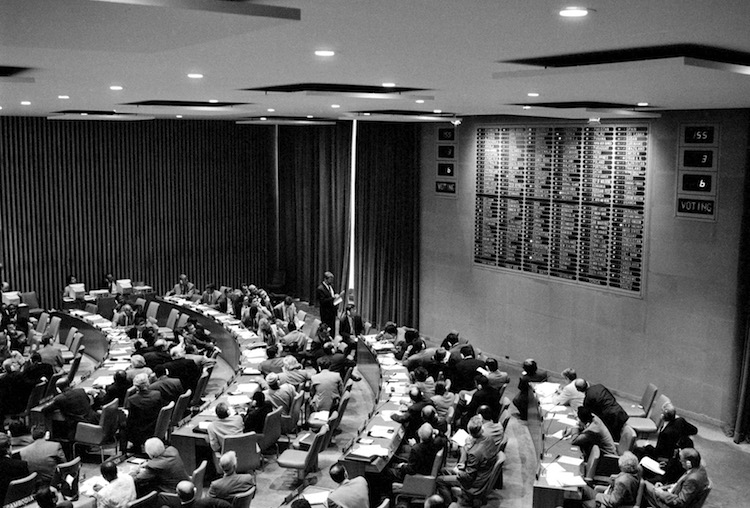 This article appears in cooperation with the CTBTO, as part of the initiative ‘Youth for CTBTO’. The views expressed are those of the author and do not necessarily reflect the views of the CTBT. - Editor

MOSCOW (IDN) - The year 2016 is an important milestone for the international nonproliferation regime. It marks the 20th anniversary of opening for signature of the Comprehensive Nuclear-Test-Ban Treaty (CTBT).

Back in 1996, after two years of intense negotiations, the then UN Secretary-General Boutros Boutros-Ghali announced that the opening for signature of CTBT could unleash a new era. And the Treaty, regardless of many differences that arose among States during the negotiation process, “meets the demand of the great majority of the world's people for a clear signal that the nuclear arms race is coming towards its end”.

Unfortunately, the CTBT found itself in a limbo due to its failure to be as inclusive as possible. Not all of the 44 ‘nuclear technology holder’ countries (Annex 2 States) demonstrated enough political will to ratify or even sign the Treaty.

Eight more countries need to take further action to facilitate the Treaty’s entry into force: three signatures and further ratifications (India, North Korea and Pakistan) and five ratifications (China, Egypt, Iran, Israel and the United States) are still required so that the Treaty’s provisions are implemented to the fullest extent.

Nevertheless, the existing scope of CTBT is rather impressive. The treaty can be cited among the most universal international agreements in terms of the number of signatories and the second-most universal non-proliferation instrument after the NPT itself. The contribution of the Treaty without even entering into force is enormous as it provides a robust verification mechanism that comprises three main components.

The first of these is the International Monitoring System (IMS) that includes seismic, hydroacoustic, infrasound and radionuclide stations located all around the globe to detect any explosive event or a suspicious activity.

Second, the International Data Center (IDC), which processes the data received from all stations and distributes findings to the Member States.

Last but not least is the mechanism of On-Site Inspections (OSI). This is the final stage of investigation of a suspicious activity that involves actual inspection of the area in question if evidence suggests that a nuclear test took place. The OSI is the only one of three pillars of the CTBT that requires the Treaty’s entry into force to become a legitimate instrument of control of the States’ compliance with its provisions.

Due to the success of the Treaty’s verification mechanism, CTBT-skeptics, especially those among the remaining Annex 2 States, are expressing doubts about the urgency of the CTBT becoming international law. They ask: “if every Member State already has access to the information provided by the IDC, why push our policymakers to join the Treaty?”

Such an assumption is based on a blatant disregard of international norms and institutions. The CTBT should be the global normative instrument that State Parties are willing to deploy instead of being fooled by those who decided to ignore it.

It is essential for the effectiveness of any international treaty that its Member States perceive themselves as its beneficiaries on an equal footing – and not that some regard it as an imperative and others ignore it for decades. It is in every country’s interest to be responsible for its international obligations. That is why it is important that the first step towards facilitating entry into force of the CTBT is taken by those who signed it but postponed its ratification.

If a signatory State made a political decision to sign the Treaty 20 years ago, it did so because there was a favorable political environment to justify the decision and explain to the legislators why nuclear test ban is important. The institutional memory of how the significance of the the Treaty was explained to the decision-makers is still out there.

Subsequently, countries willing to revitalize discussion around the Treaty would not have to start from scratch and operate in the dark. In fact, all that they would need to do is to revive the ways of promoting the Treaty that they practiced in the past and readjust these to the contemporary situation.

Among all non-Parties to the CTBT, a specific case is the one of the United States. Unlike its ‘neighbours’ in the list of non-contracting States, the country neither faces an imminent security threat, which can be applied to Israel-Iran or India-Pakistan standoffs, nor does it have a record of violating numerous international norms like North Korea.

The United States was and remains the global leader, and there is no reason for it to abstain from ratifying the CTBT. The main factor obstructing Washington’s path to ratification lies in domestic politics.

Despite the promises made and substantial efforts undertaken by President Barack Obama during his two presidential terms to promote and have the Treaty ratified, opposition of the Republican majority turned out to be impossible to overcome. However, little strokes fell great oaks, and the fact that the discussion around the Treaty is being sustained is already a sign of progress.

Nevertheless, it is important that expert, academia and policymaking circles stop speculating on the assumption that unless other States do not sign and ratify the Treaty, the United States is not going to do so as well. This kind of security dilemma only jeopardizes the international non-proliferation regime and blurs any potential for the CTBT entry into force.

Back in 1999, the reluctance of the United States to ratify the Treaty was justified by three main reasons. First, it was considered necessary to preserve the right to test as it was seen as a means to assure the safety of the U.S. nuclear arsenal. Second, the majority that voted against the CTBT ratification was not sure that such an international mechanism would prevent others from testing. Third, there was a strong belief that the verification mechanism was not developed enough to actually detect suspicious activity.

The reality has changed meanwhile. The efficiency of the IMS has surpassed initial expectations and data is being used in new and different ways.

All in all, the progress achieved by the IDC, the upheld moratorium on nuclear tests and the development of sub-critical testing make irrelevant all of the arguments that hindered the ratification of the Treaty by the United States. Nowadays there are no visible obstacles for the United States to fulfill their international obligations and to ratify the Treaty.

Moreover, the sooner the United States ratify the Treaty, the better are the prospects for others to follow suit. In recent years, the international community witnessed how joint international efforts can contribute to solving a seemingly irresolvable issue, notably the recent deal with Iran and the handling of Syria’s chemical weapons in 2013.

But in order to do so, all countries need to adhere to the norms they are promoting – the United States cannot consider itself an exception. If the CTBT is ratified by five permanent (P5) members of the UN Security Council – Britain, France, Russia, China and the U.S. – it might contribute significantly to the Treaty’s entry into force.

The P5 States indeed carry a special responsibility in terms of promoting global strategic stability. But they also share a lot of common principles and values that have to manifest in their actions.

The CTBT should not be cited as an example of how an inherently good initiative sinks into oblivion due to some countries’ lack of political will to cooperate and to respect international regulations.

The consequences of such a worst-case scenario might prove disruptive compromising the international security system in general, and the international instruments of non-proliferation in particular. The 20th anniversary of the CTBT opening for signature can be a turning point for the Treaty. It’s up to the international community to define which way it will go.

* Anastasia (Asya) Shavrova, a member of the initiative "Youth for CTBTO", is an MA candidate at Moscow State University of International Relations (MGIMO). She holds a major in Foreign Policy and a BA in Political Science from MGIMO. Anastasia also studied at Johns Hopkins School of Advanced International Studies. [IDN-InDepthNews – 18 May 2016]