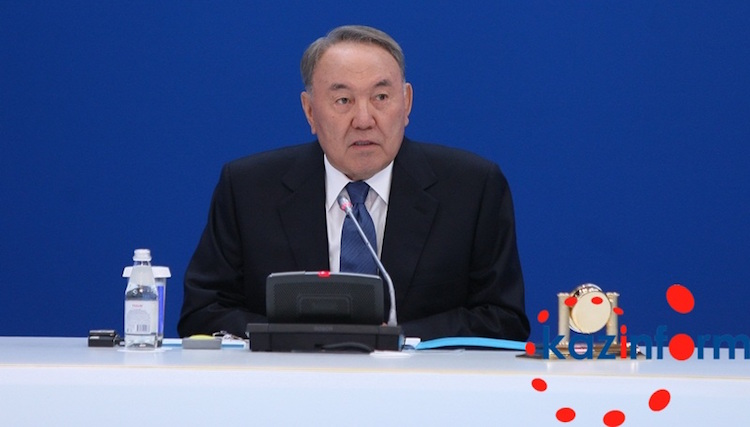 NEW YORK (IDN) - As countdown begins for the election of five non-permanent members to the UN Security Council for 2017-2018, Kazakhstan – an unrelenting campaigner for a nuclear weapons free world and diverting funds to sustainable development – is strengthening its bid for a single seat reserved for the Asia-Pacific Group. The Central Asian country is pitted against Thailand.

Kazakh diplomats argue that as a regional leader and global partner, Kazakhstan supports peace, prosperity, individual opportunity and economic development, and that its government upholds these values and beliefs both in word and deed.

In matters of energy security, and a valuable contributor to international peacekeeping missions, Kazakhstan wishes to bring its “unique experience and expertise” to bear on some of the pressing challenges currently facing the UN Security Council.

As the ninth largest country in the world, with a rich and diverse history spanning more than two thousand years, Kazakhstan has, in the twenty-two years since it first gained its Statehood, learned important lessons about the development of relations with its allies, regional neighbours and international trading partners, Kazakh diplomats maintain.

“Home to over 130 different nationalities and ethnic groups, Kazakhstan is nothing less than a microcosm of the United Nations,” they add.

Kazakhstan became a Member State of the United Nations on March 2, 1992, nearly three months after gaining Independence from the now defunct Soviet Union, and has been an active and engaged participant in the activities of the UN ever since, independent observers agree.

While Thailand chairs the 134-nation Group of 77 and China and is campaigning on the basis of its own merits, Kazakhstan, which announced its candidature in 2013, has grounded its bid on four central pillars: food security, water security, energy security and nuclear security.

Five new non-permanent members are scheduled to be elected for a two-year term, beginning January 2017: one for Africa; one for the Asia-Pacific Group; one for Latin America and the Caribbean; and two for the ‘Western European and Others Group’ (WEOG).

While Italy, Sweden and the Netherlands are bidding for two seats due to the amorphous WEOG, the African Group has agreed on Ethiopia.

In what did not come as surprise to everyone, Senegalese President Macky Sall said during his visit to Astana on May 20 that his country will vote for Kazakhstan in the nation’s bid for a non-permanent seat on the UN Security Council for 2017-18.

Earlier, at the Istanbul summit of the Organisation of Islamic Cooperation (OIC) countries from April 10-15, Kazakhstan had obtained support for its Security Council bid.

President Nursultan Nazarbayev said Senegal President Sall’s first visit to the country had laid a foundation for future cooperation between the two countries.

“In the context of rapprochement with the African continent, this visit has profound significance not only for our country but for the entire region of Central Asia. I am sure that Kazakhstan and Senegal can conduct mutually-beneficial cooperation on a wide range of issues. The similarity of positions of our countries allows us to engage in multilateral institutions,” he added.

President Sall said the Senegalese side appreciates Kazakhstan’s efforts in terms of modernisation. “Astana embodies the policy of Kazakhstan. I want to emphasise the role of your country in the region and beyond as part of the promotion of peace and the initiatives put forward by you. We also fully support your initiative for the establishment of interfaith dialogue and countering international terrorism and extremism,” he added.

Senegal intends to use Kazakhstan’s experience in developing the mining, high tech and agriculture industries. Sall also congratulated the country for winning the right to host EXPO 2017 and confirmed his nation’s participation. He invited Nazarbayev to visit Senegal to further strengthen cooperation. The two presidents are scheduled to meet in September during the G-20 Summit in China.

The parties also agreed to expand cooperation in the fields of culture, education and sports. Kazakh football clubs perform successfully with Senegalese athletes.

Nazarbayev noted the African continent, with more than a billion people, has considerable natural resources.

“This continent will develop dynamically. I think that it has a great future in the 21st century. Kazakhstan desires to increase its presence and expand its cooperation with African countries,” he added.

The newly established political, economic and cultural proximity to Africa with the backing of Senegal – long considered one of Africa's model democracies – President Nazarbayev has suggested establishing a fund of human capital development under the UN aegis for cooperation in the sphere of education and healthcare in the poorest countries.

"We've learnt from our own experience that it is unbelievably difficult to build an effective system of education and healthcare. It takes a lot of patience, expertise and investment. I believe that Kazakhstan has done well in that spheres so far. However, there are a lot of countries that were unsuccessful on that path. In order to solve this problem I suggest establishing a fund of human capital development under the UN aegis," President Nazarbayev said at a plenary session within the framework of the 9th Astana Economic Forum on May 25-26, 2016.

"This problem can be solved only by joint efforts of the international community," Nursultan Nazarbayev added.

Earlier on May 17, the nineteenth session of the High-level Committee on South-South Cooperation of the UN General Assembly Regional Hub of Civil Service in Astana noted the contribution of Kazakhstan to the development of multilateral cooperation.

Regional Hub of Civil Service was invited to the High-level Committee meeting as an organization with an effective cooperation model, which experience might be used in other regions. Hub’s activity is regarded as one side of a multi-faceted policy of the President of Kazakhstan, aimed at strengthening regional and inter-regional cooperation in order to achieve sustainable development goals.

The UN General Assembly convened at the initiative of President Nazarbayev a high-level dialogue on Religions for Peace on May 6, 2016 in New York. The proposal to hold such an event at the UN was announced by the Kazakh leader in his speech at the 70th session of the UN General Assembly, as well as at a meeting with Irina Bokova, UNESCO Director General during a working visit to Paris in November 2015.

In doing so, he wanted to boost UN efforts to combat violent extremism and promote peace and security.

Underlining the importance of the Forum’s theme, UN General Assembly President Mogens Lykketoft said: “Terrorist attacks all over the world demonstrate very clearly that achieving harmony and strengthening intercultural and interreligious dialogue is a great challenge and perhaps more important today than at any time in our recent past. Violent extremism is of a particularly serious concern.”

As the international community continues to explore funding sources for implementing “a plan of action for people, planet and prosperity”, embodied in the 2030 Agenda for Sustainable Development, attention has been shifting to President Nazarbayev’s proposals for a new world order combined with a New Future concept.

Introducing an innovative proposal for financing development, he has been urging each state to transfer every year 1.0 per cent of its military budget to a Special United Nations Fund for Sustainable Development. Explaining the rationale behind his proposal he told the UN General Assembly in September 2015: “Negative trends are exacerbated by conflicts in the Middle East, Africa and Asia. The current immigration crisis is caused not only the war but also by the development of imbalances.”

In the 21st century, he said, successful states will feature no stockpiles of weapons “but the ability to generate innovative ideas and create attractive environs”. According to the Stockholm International Peace Research Institute, he said, in 2014 the combined military spending of all nations exceeded $1.7 trillion (USD 1.7,000,000,000,000) or about 2.3 percent of world GDP. [IDN-InDepthNews – 30 May 2016]

Photo: President Nursultan Nazarbayev at the 29th session of the Foreign Investors Council in Astana on 27 May 2016. Courtesy: kazinform.kz