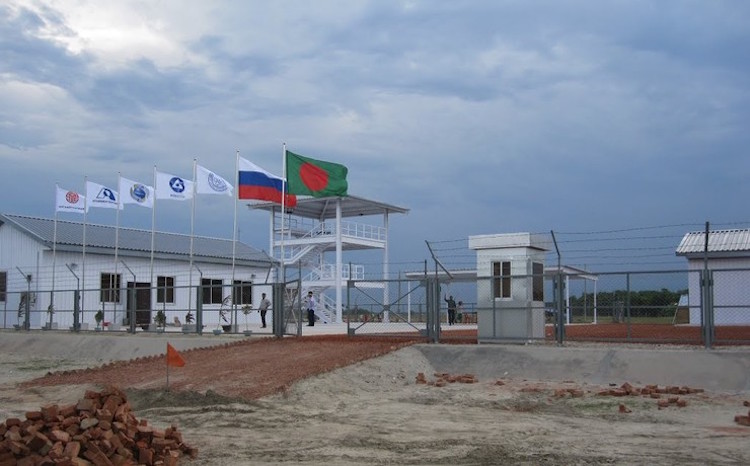 In separate but united voices, they argue out that the threat of global nuclear war has decreased, but the risk of a nuclear attack has substantially increased as more nations have acquired technologies to develop nuclear weapons, besides the thirst of terrorists for acquiring such weapons of mass destruction.

They say that, so long as the danger of threats remain, Bangladesh must embrace for enhancing national security intelligence and focus on radiation survival strategies from such attacks.

Referring to the issue of China-India-U.S. nuclear ‘umbrella protection’, Brigadier General M. Sakhawat Hussain (Retired), a national security and defence analyst, told IDN: “Bangladesh is neither a hostile country nor faces threats of nuclear attacks at least in this century. Presently there is no imminent external threat but of course, one cannot predict the future.”

“Who do we attack or who is considered our enemy,” he asked. “In general, if you notice, nations possessing nuclear weapons have enemies, for instance, the U.S. had the Soviet Union as its biggest enemy, India and Pakistan developed the weapons to counter each other, North Korea faces threat from its enemies of South Korea and the U.S. and similarly Israel pursued nuclear weapons feeling threats could come from its Arab enemies.”

He went on to argue that “geographically, if ever an India-Pakistan war was to break out again, strategically Bangladesh could also face the threats of countering radioactivity from possible bomb attacks since we are their neighbour. In such case, like other nations, we should also prepare our citizens for knowledge on radiation survival rather than preparing for countering nuclear attack.”

Hussain also emphasised the need for a strong nuclear intelligence system which, he said, was a key to nuclear security today.

Major General (retired) Mohammad Abdur Rashid, a leading national security analyst, told IDN: “Entering the ‘nuclear club’ in the era of today’s global security would be a useless investment especially when Bangladesh is now a rising economy. Considering the geopolitical situation of the region, there is no reason to dream of developing nuclear arms.”

Rashid, who is also Executive Director of the Institute of Conflict, Law and Development Studies (ICLDS), said: “Bangladesh should instead consider focusing on radiation survival strategies if ever India and Pakistan engage in nuclear war. The best we can do is to save our population from such aggression and almost every country has its own preparation to protect its citizens from deadly nuclear radiation.”

He also emphasised enhancing intelligence to detect any nuclear threats and prepare accordingly. “A strong intelligence wing could be an ideal tool to caution against any advance threats.”

M. A. Gofran, an expert on renewable energy, told IDN: “When the world is seeking an end to the nuclear arms race, there is no rationale for a poor nation like Bangladesh to ever pursue highly expensive and unsafe nuclear weapons. In fact, nuclear is not an option for war any more and there will never be a nuclear bomb attack after the world witnessed what such weapons of mass destruction in Hiroshima and Nagasaki can do to humanity.”

Senior journalist Afsan Chouwdhury ruled out the possibility of any nuclear threat for Bangladesh: “We are safe largely because who would want to attack us with nuclear weapons?  India is all around us and unless it does which is almost impossible, we are safe. We pose no threat to any country.”

Concerning current energy policy and nuclear fuel handling capacities, Afsan said: “We are not competent or efficient enough to handle such nuclear technology (weapons). And who would we attack? In the global security context, developing a nuclear weapon would make no sense. I see no Bangladesh government pursuing that.”

Major General (Retired) Mohammad Ali Sikder, a political-security analyst told IDN: “We have always been a friendly nation and that friendly gesture is deeply embedded in our political history. We never encouraged conflicts in the past and so we don’t have any nuclear rivals. In fact, I don’t see any reason why we should ever feel insecure.”

According to Sikder, “the neighbouring nuclear giants – India and China – have always been our closest allies. As of today, the geopolitical reality does not pose any nuclear threat to Bangladesh. Therefore, we do not need to think about nuclear weapon capabilities at this particular time.”

However, he added, “we must have enhanced capability of external intelligence to remain upgraded. The smartest thing to do is to be up dated with advanced intelligence technology. That way we would know about any potential threats, if they exist at all.”

He said that “BAEC is continuing its research (mostly medical) and development works in line with the need of the society and advancement of nuclear technology. Through INPRO and other international and regional activities, BAEC is working in the areas of sustainable nuclear energy systems, innovative reactor concepts for the prevention of severe accidents and mitigation of their consequences, and nuclear fuel and fuel cycle analysis for future nuclear energy systems.”

He went on to explain that he believed Bangladesh is “in a better position compared with some other developing nations for utilising nuclear power and carrying out research related to it because of our expertise in nuclear research activities.” The country “has a flawless history in the world for the peaceful use of nuclear energy and we are the signatories of almost all of the international treaties for covering nuclear non-proliferation.”

IDN also spoke to a wide range of people from civil society including teachers, former government and non-government officials, journalists and businessmen. In unison, they all called for pursuing peace and rejected any idea of entering into a nuclear race which they described as ridiculous.

“Bangladesh enjoys one of the fastest growing economies in South Asia and a nuclear arms ambition would jeopardise this growth instantly,” said one experienced banker.

A veteran teacher from a reputed university said: “First of all, can Bangladesh afford to be a member of the nuclear club? It is highly expensive and highly unsafe. On both the grounds, Bangladesh simply has no choice but to prosper from the current economic growth.” [IDN-InDepthNews – 25 June 2016]

Photo: Site of planned nuclear power units at Rooppur as part of an agreement on 25 December 2015 between the Russian state nuclear corporation Rosatom and the government of Bangladesh. Credit: seogan.ru