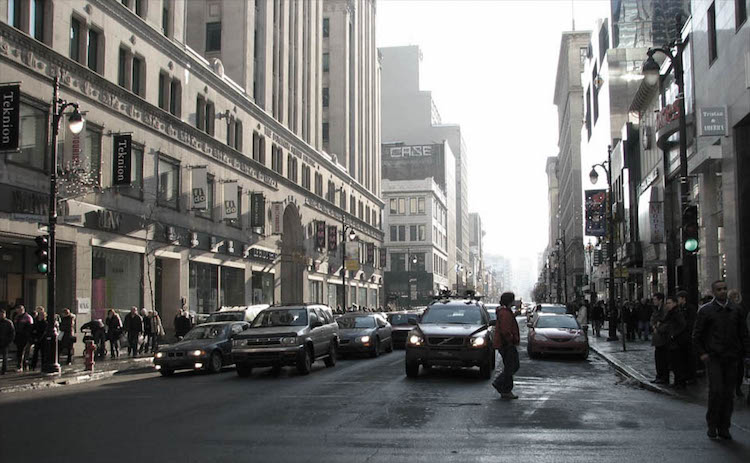 TORONO (IDN) - The World Social Forum (WSF), the largest civil society gathering to find solutions to the problems of our time, will convene for the first time in a northern country – in Canada – from August 9 to 14.

Montreal will host the 12th World Social Forum that was launched in 2001 in Porto Alegre, the capital and largest city of the Brazilian state of Rio Grande do Sul. One of the key issues in focus will be: “Once a nuclear war starts, there’s no way to limit it.”

Radio Canada International (RCI) quoted Gordon Edwards, president of the Canadian Coalition for Nuclear Responsibility (CCNR) saying, the “world is teetering back towards the cold war syndrome and towards an escalation of the nuclear threat”.

CCNR is a not-for-profit organization, federally incorporated in 1978. It is dedicated to education and research on all issues related to nuclear energy, whether civilian or military -- including non-nuclear alternatives -- especially those pertaining to Canada.

The opening of the WSF on August 8 will commemorate the nuclear bombing of Nagasaki, Japan 71 years ago. With that reality in mind, a round table will consider the renewed tensions in the world and some of the most recent changes geo-politically, reported RCI.

The changing situation in Turkey is of key concern. Edwards told RCI that the NATO nuclear weapons in that country were under the oversight of a man now under detention for his alleged part in the recent coup attempt.

Turkish authorities acted quickly encircling the base, cutting off the power supply and temporarily closed the airspace around Incirlik as they resisted the coup launched on July 15, 2016.

Edwards said: “It’s really crucial we get rid of these weapons, everybody agrees to that proposition but we do not have the collective will to bring it about.”

The official declaration, however, from the NATO summit in July held in Warsaw, Poland, said, “As long as nuclear weapons exist, NATO will remain a nuclear alliance,” Any decisions about NATO’s nuclear weapons have to be made unanimously by all 28 member states.

The Canadian Network to Abolish Nuclear Weapons (CNANW) will be actively raising the issues during the forum. Edwards said, as the International Physicians for the Prevention of Nuclear War (IPPNW), Nobel Peace Prize winners in 1985, pointed out, the pursuit and possession of nuclear power is like a drug addiction:

The CNANW is planning to bring pressure to bear on Prime Minister Justin Trudeau, “to really stand up for the future of the planet, and to really play a leadership role in bringing about a true abolition of nuclear weapons.” Edwards said.

There is, however, popular objection to this federal policy. Over 60% of Canadians live in cities or areas designated “Nuclear Weapons Free”, reflecting a contemporary disinclination towards nuclear weapons in Canada. Canada also continues to remain under the NATO 'nuclear umbrella'; even after disarming itself in 1984, Canada has maintained support for nuclear armed nations as doing otherwise would be counter to Canadian NATO commitments.

“Right now, not only the Americans, but the Russians, the Chinese, all the nuclear weapons states are prepared to spend billions and trillions of dollars in modernizing, 'modernizing' their nuclear arsenals.”

Edwards said: “If we embark upon a trillion-dollar expenditure in the United States alone, to modernize these weapons systems, then the world is going to be that much scarier and the risk of an accidental nuclear war is going to be that much greater.” He said one of the goals in modernizing nuclear weapons was trying to make the weapons more precise, destroying the “enemy’s” response capability. [IDN-InDepthNews – 28 July 2016]