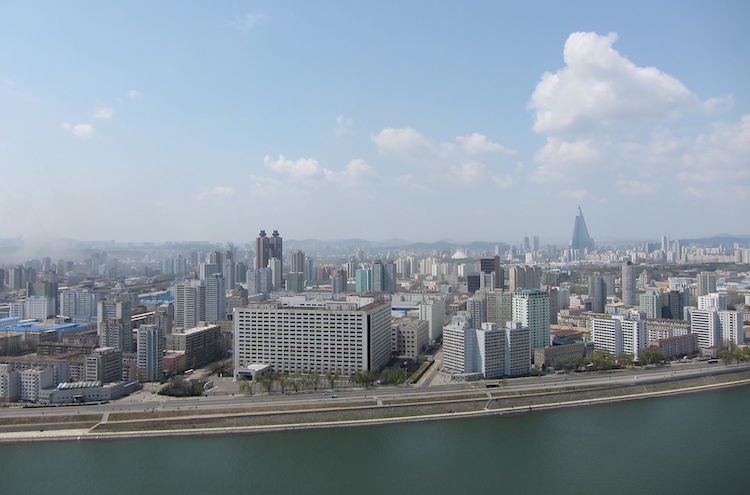 STOCKHOLM (IDN) - The United States Geological Survey (USGS) has reported that at 00:30 UTC, a seismic event magnitude 5.3 was detected in North Korea that possibly could be the second nuclear test carried out this year by the Democratic People’s Republic of Korea (DPRK/North Korea). The DPRK carried out its fourth nuclear test in January this year, following earlier tests in 2013, 2009 and 2006. Early speculative estimates put the yield close to that of the Hiroshima bomb (10-15 kilotons), which makes it the most powerful DPRK test to date.

This comes hard on the heels of the launch of three medium-range ballistic missiles by North Korea on September 5, 2016. North Korea’s nuclear weapon capability is advancing with each successive nuclear test. Nuclear and ballistic missile tests by North Korea are prohibited under several UN Security Council resolutions and very likely another such resolution will be adopted by consensus in response to today’s nuclear test.

More precise and authoritative details about the technical characteristics of the nuclear test are awaited from the Comprehensive Nuclear-Test-Ban Treaty Organization (CTBTO) in Vienna, which operates a global nuclear test monitoring system utilizing four advanced technologies: seismic, infrasound, hydroacoustic and radionuclide monitoring – this likely will take a few days.

The Nuclear Weapons Institute of the DPRK announced that the successful nuclear test confirmed the “specific features of the nuclear warhead that has been standardized to be able to be mounted on strategic ballistic rockets of the Hwasong artillery units of the Strategic Forces”.

It added that “there was no radioactive materials leakage” from the detonation, and that the “standardization of the nuclear warhead will enable the DPRK to produce at will and as many [warheads] as it wants [of] a variety of smaller, lighter and diversified nuclear warheads of higher strike power with a firm hold on the technology for producing and using various fissile materials”.

Today marks the 68th anniversary of the founding of the DPRK by Kim Il Sung, the grandfather of North Korea’s current leader Kim Jong Un, and the nuclear test would imply that North Korea’s nuclear weapon programme has been continuously expanding for a decade and that it may possess a nuclear arsenal estimated of 10-12 nuclear weapons. And, it may by now have achieved a manufacturing capacity of possibly up to four to six nuclear weapons per year.

Much of the commentary and discussion in the West portrays the DPRK leadership as paranoid and crazy. But the evidence suggests that North Korea’s leadership is singularly focused on its nuclear and ballistic missile programmes, and it regards nuclear weapons as the ultimate guarantor of its security – much like the other nuclear-armed States: China, France, Russia, UK and U.S., and India, Israel and Pakistan.

By carrying out nuclear detonations, it is quite possible that North Korea is signalling in particular to the United States that it should recognize the new nuclear reality in the Korean Peninsula and negotiate a peace treaty, stop military exercises and threats, and rescind economic and trade sanctions.

Likely, the DPRK believes that just as the U.S. came around to accepting the nuclear weapon capabilities of India, Israel and Pakistan, it may do the same for North Korea. Most informed observers, however, believe that the U.S. cannot accept a nuclear-armed North Korea for a number of geo-political and international security reasons.

The agreement on a freeze collapsed in late 2002 when North Korea was suspected of developing a uranium enrichment facility. Later agreements on the disabling and dismantlement of elements of North Korea’s nuclear programme also failed with mutual recriminations between North Korea and the U.S.

By 2010, North Korea had a functioning uranium enrichment capability to add to its plutonium separation expertise, which it had already acquired in the mid-1990s – highly enriched uranium and plutonium are the two critical nuclear materials needed for atomic bombs.

In addition, the DPRK’s land- and sea-based ballistic missile programmes also attracted criticism and UN sanctions. Over the past decade, North Korea has been steadily developing its nuclear and missile programmes resulting in it being the most sanctioned country in this regard.

Given the closed nature of North Korea and its seemingly acute sensitivity about external threats, the leadership there considers that nuclear weapons were first introduced into the Korean Peninsula in January 1958 by South Korea through its defence alliance with the U.S.; though earlier in November 1950 during the inter-Korean War, U.S. President Truman had stated that he would take whatever steps necessary to win in Korea including the use of nuclear weapons and in April 1951 deployed nine Mark 4 nuclear weapons on B-29 bombers in Okinawa. Reportedly U.S. General Douglas MacArthur had sought permission to use nuclear weapons against China but this was denied and he was relieved of his command.

Annual U.S.-South Korea military exercises have been expanding both in their scope and numbers of troops. Exercises designed to execute decapitation strikes against the DPRK have been carried out and publicly announced as such – these strikes are designed to destroy leadership targets. Other military exercises practice invasion and occupation of major military and other strategic locations in North Korea. Some 2,000 US nuclear weapons were removed from South Korea only in 1991 following the Presidential Nuclear Initiative (PNI) announced by President George H. Bush.

And, UN and U.S. economic sanctions have targeted the DPRK, as have operations under US’ Proliferation Security Initiative (PSI). The Bush administration listed DPRK among the “axis of evil” in 2002 and more recently DPRK’s Great Successor Kim Jong Un was personally placed on under sanctions.

South Korea's nuclear weapons research programme was wound up in 1975 with its ratification of the NPT. Though South Korea has the capacity that could be used to produce nuclear weapons with additional effort over a few years, it has not done so and has placed all of its nuclear activities under full-scope verification by the International Atomic Energy Agency (IAEA) in accordance with the NPT.

South Korea escaped a finding of non-compliance by the IAEA Board of Governors and subsequent reporting to the Security Council due to suppression of a UK-proposed resolution. These developments would not have gone unnoticed by North Korea.

North Korea therefore believes that its nuclear and ballistic missile programmes are defensive in nature and in response to the threats that it perceives from the U.S., South Korea and Japan who have defence arrangements based on U.S. nuclear weapons. Thus, as noted above, the DPRK considers nuclear weapons as providing for “safeguarding its dignity and right to existence”.

The decade long cycle of North Korea’s nuclear and missile tests matched by heavy sanctions imposed by the UN Security Council, the U.S., European Union and others, clearly is heading in the wrong direction. The policy of sanctions, name-calling and exhortations has not been successful and will not be successful in the future – the proof lies in the unchecked development of North Korea’s nuclear and missile programmes.

In July this year, following the May party congress, North Korea proposed the denuclearization of the “whole” Korean Peninsula beginning with elimination of what it termed the “source” of nuclear threats (i.e., the U.S.) and the withdrawal of U.S. troops deployed in South Korea, and not first with the DPRK’s denuclearization (as proposed by the US).

The DPRK stated that if it were provided such security guarantees, it also would take corresponding measures resulting in the denuclearization of the Korean Peninsula. The view of the US, supported by South Korea and Japan is that North Korea must first agree to complete dismantling of its nuclear weapon programme as this is contrary to the NPT and to several Security Council resolutions adopted under Chapter 7 of the UN Charter and thus implementation of these is mandatory for the DPRK.

It is obvious that the DPRK nuclear issue cannot be solved in isolation. What is required is to address the underlying fundamental security, economic and human rights issues. The inescapable reality is that North Korea will keep its nuclear weapons as a guarantor of its security. It is time to understand that further economic pressure and coercion, economic rewards or military threats will not be successful in convincing North Korea to give up its nuclear-weapon programme, and may well have the opposite effect.

International sanctions have not been successful against the DPRK, just as they have failed in the cases of India, Iran, Iraq, Libya and Pakistan. The practical way forward must be direct negotiations between North Korea and the U.S. on the denuclearization of the Korean Peninsula and removal of sanctions in parallel with a composite strategic dialogue involving China, North Korea, South Korea, Japan, United States and the Russian Federation, with the European Union as an observer, that addresses the underlying security concerns of all sides and facilitates normalization of relations and denuclearization in the Korean Peninsula.

January 2003: North Korea withdraws from the nuclear Non-Proliferation Treaty (NPT), probably it had no nuclear weapons.

January 2004: A US nuclear weapons scientist visiting Pyongyang is shown plutonium metal puck by North Korean officials—signifying that it had the capability to make weapon-grade plutonium.

May 2009: North Korea carries out its second nuclear test.

November 2010: The same US nuclear weapons scientist was shown a modern centrifuge facility that was producing highly-enriched uranium for nuclear weapons.

*Tariq Rauf is Director of the Disarmament, Arms Control and Non-Proliferation Programme at the Stockholm International Peace Research Institute. As Head of Nuclear Verification and Security Policy Coordination at the International Atomic Energy Agency he was involved with nuclear verification in North and South Korea, among other States. Tel: +46760261213. E-mail: This email address is being protected from spambots. You need JavaScript enabled to view it.. [IDN-InDepthNews – 09 September 2016]

Photo: View of Pyongyang facing west from the Yanggakdo Hotel towards the Ryugyong Hotel (at right in the distance). Credit: Wikimedia Commons