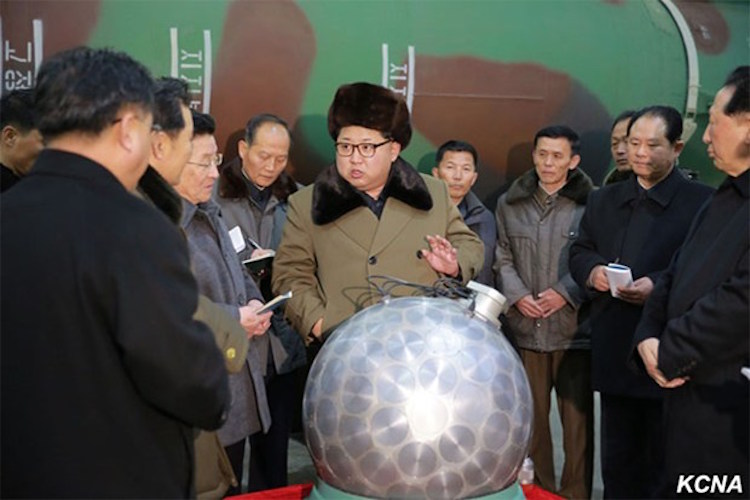 WASHINGTON, D.C. (IDN-INPS) - The Nuclear Age Peace Foundation (NAPF) deplores the continued testing of nuclear weapons and the provocative statements by the Democratic People’s Republic of Korea (DPRK). September 9 nuclear test – the fifth by North Korea – makes apparent the growing nuclear dangers in the Northeast Asian region, and generally throughout the world.

The Comprehensive Test Ban Treaty (CTBT), which has been open for signature for over 20 years, has still not entered into force. Forty-four key nations, known as “Annex 2 States,” must sign and ratify the CTBT before it can enter into effect. Of these, North Korea, India and Pakistan have neither signed nor ratified the treaty. China, Egypt, Iran, Israel and the United States have signed the treaty, but have not ratified it.

While all nations other than North Korea have been observing a moratorium on explosive nuclear tests, many nuclear-armed nations, including the United States, have continued conducting sub-critical tests and computer simulations. NAPF believes that all nuclear testing must stop. This includes North Korea’s provocative yield-producing explosions, as well as the sub-critical tests and computer simulations that other nuclear-armed nations engage in.

Tests of nuclear weapon delivery vehicles, such as September 6 launch of a Minuteman III Intercontinental Ballistic Missile by the U.S. Air Force, are also dangerous and destabilizing. The modernization of nuclear arsenals and production infrastructure by all nine nuclear-armed nations is driving a perilous nuclear arms race.

The Korean War has never officially come to an end. North Korea has asked numerous times to bring the war footing to an end, and has been rejected each time. The U.S. still keeps around 28,000 troops in South Korea and conducts annual war games targeting North Korea. All parties must negotiate an end to the hostilities, instead of relying on a 63 year-old Armistice Agreement.

Finally, NAPF urges all nine nuclear-armed nations to fulfill their obligations under existing international law. Nuclear-armed countries have an obligation to convene negotiations in good faith for an end to the nuclear arms race and for nuclear disarmament, as required by Article VI of the nuclear Non-Proliferation Treaty and customary international law. As North Korea’s continued nuclear testing shows, the only way to ensure that nuclear weapons are never used is to negotiate their complete abolition. [IDN-INPS – 10 September 2016]

For further information, contact Rick Wayman at This email address is being protected from spambots. You need JavaScript enabled to view it. or (805) 696-5159.