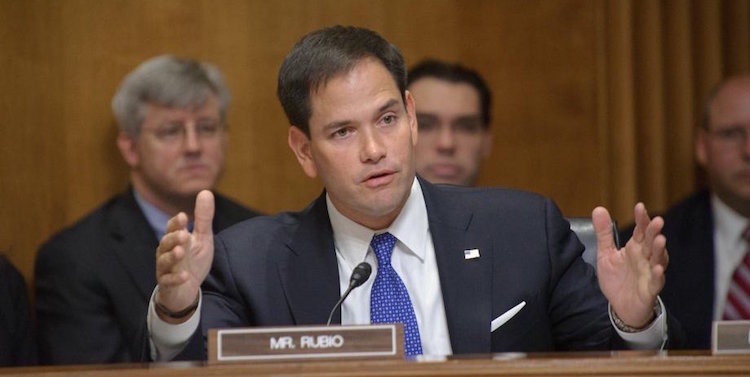 According to the Washington-based Arms Control Association, the Council's five permanent members (P5) – the United States, UK, France, Russia and China – would complement the resolution by a separate political statement reiterating their support for the object and purpose of the CTBT.

Arms Control Association's Executive Director Daryl G. Kimball says in an issue brief that diplomats at the Security Council "are engaged in consultations on a proposal from the United States for a council resolution designed to reinforce the existing global norm against nuclear weapons testing established by the 1996 Comprehensive Test Ban Treaty (CTBT)".

Kimball adds: "Barring unforeseen diplomatic disputes, the UNSC resolution and the P5 statement will likely be approved later this month at UN headquarters in New York."

The 15-nation Security Council is the UN's most powerful body comprising five permanent members with the right to veto and 10 non-permanent members elected on a regional basis to serve two-year terms.

According to the State Department, writes Kimball, the initiative would not establish new binding legal limitations on nuclear testing.

The proposed UNSC resolution and P5 statement are “… intended to reinforce global support for the CTBT and its verification system” and “stigmatize those that continue to test and to act in ways contrary to the de facto norm of international behavior;” and are “… in no way a substitute for early entry into force of the treaty.”

The proposed P5 statement on the CTBT would reaffirm the support of the five major nuclear powers for the treaty and clarify that “a nuclear test explosion or any other nuclear explosion would violate the object and purpose of the CTBT.”

Such a statement, says Kimball, would give public expression to an existing obligation by the United States, as a signatory to the CTBT that seeks ratification and entry into force, not to take any action that would defeat the object or purpose of the treaty, which is to halt nuclear explosive tests.

The Arms Control Association's Executive Director recalls President Bill Clinton's remarks when he became the first world leader to sign the CTBT on September 24, 1996: "The signature of the world’s declared nuclear powers … along with the vast majority of its other nations will immediately create an international norm against nuclear testing, even before the treaty enters into force.”

Since then, 183 countries have signed the CTBT. Besides, a robust International Monitoring System has been established that can effectively detect and deter clandestine nuclear testing anywhere in the world. The CTBT has near universal support. Only North Korea has conducted nuclear test explosions in this century.

"However, the door to further nuclear testing by North Korea and possibly other countries remains ajar. There are still eight key states – including the United States – that must still ratify the treaty in order to trigger its formal entry into force," writes Kimball.

"Until then, it is clearly in the interests of the United States and the international community to strengthen the taboo against nuclear testing and the work of the CTBTO to maintain and operate the global monitoring system and international data center established to verify compliance with the treaty," Kimball adds.

The proposed resolution and the P5 statement have met with opposition in the Senate Foreign Relations Committee. Its Chairman Bob Corker (Republican) - convened a hearing on September 7 to examine the issue.

In a letter to President Obama dated August 12 and in the hearing, Corker expressed concern about the language in the proposed P5 statement “expressing the view that a nuclear test would violate the object and purpose of the CTBT.” He suggested that this “… could trigger a limitation on the ability of future administrations to conduct nuclear test explosions.”

In a letter to the White House published September 8, a group of 33 Republican senators went much further, threatening that: “If you decide to pursue a Security Council Resolution that accepts the imposition of international obligations the Senate has explicitly rejected, we would make every effort to prevent the authorization or appropriation.”

In response to the questions about the Obama administration’s UNSC initiative on the test ban, Secretary of State John Kerry is reported to have sent a letter on September 7 to the Senate Foreign Relations Committee.

He stressed that the initiative on the test ban will not establish any new binding legal limitations on nuclear testing and “will not cite Chapter VII of the UN Charter or impose Chapter VII obligations.”

“It will,” Kerry writes, “be a nonbinding resolution that advances our interests by affirming the existing nuclear testing moratoria, while highlighting support for the CTBT and its verification regime.”

Kerry underscored that the proposed P5 statement will give public expression to an existing U.S. (and British, Chinese, French, and Russian) commitment not to test. The United States, as a signatory state that seeks to ratify the CTBT, is obligated under customary international law not to take any action that would “defeat the object or purpose of the treaty,” which is to halt “any nuclear weapon test explosion and any other nuclear test explosion”. [IDN-InDepthNews – 10 September 2016]

Photo: On September 8, Sen. Marco Rubio (D-Flor.) and 32 other senators threatened U.S. funding for the seismic monitoring stations that detected the North Korean test the next day. Credit: U.S. Senate.