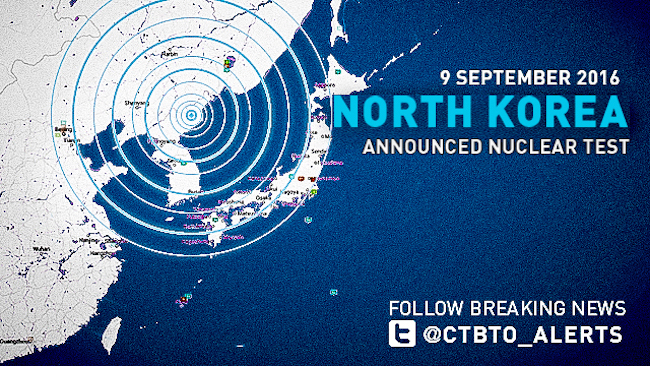 WASHINGTON, D.C. (IDN) - Despite five nuclear tests by a defiant North Korea, the United States continues to maintain it will not recognize the belligerent and reclusive nation as a legitimate “nuclear power”.

Elizabeth Trudeau, U.S. State Department spokesperson and Director of the Press Office, reiterated the U.S. stance when she told reporters September 9: “We’ve been consistently clear we will not accept North Korea as a nuclear state, nor will we accept North Korea’s possession of nuclear weapons.”

Amplifying further, she said the U.S. would not stop its efforts on working to ensure that North Korea comes into compliance with its international obligations. “We won’t stop our efforts in working with our international partners to increase pressure on this very opaque regime in reaction to provocative acts like this,” she declared.

Asked how the U.S. would justify its stand when the very fact that North Korea tested a nuclear weapon means they are a nuclear power – whether the U.S. likes it or not – Trudeau would only say: “I think it’s one thing – we will not accept it – we will not stop our efforts to work.”

The last four tests were conducted by North Korea (also known as the Democratic People’s Republic of Korea) – in 2006, 2009, 2013 and 2016 – and every one of them in defiance of the international community.

The nine nuclear powers include the five permanent members of the UN Security Council –the U.S., Britain, France, China and Russia – plus India, Pakistan, Israel and North Korea.

Writing in the New York Times September 10, Max Fisher poses the question whether North Korea’s defiance is irrational and dangerous? It is North Korea’s rationality that makes it so dangerous, he says, because it believes it can survive only by keeping the Korean Peninsula near war, it creates a risk of sparking just that, perhaps through some accident or miscalculation.

North Korea is aware of this risk but seems to believe it has no choice. For this reason, and perhaps because of the United States-led invasion of Iraq and the NATO intervention in Libya against Col. Muammar el-Qaddafi, it appears to earnestly fear an American invasion, he argues.

“And this is rational: Weak states that face more powerful enemies must either make peace — which North Korea cannot do without sacrificing its political legitimacy — or find a way to make any conflict survivable.”

Louis Charbonneau, UN Director at Human Rights Watch, had a different perspective of North Korea’s continued nuclear tests. He pointed out that many people in North Korea face starvation, and a UN panel has accused its leadership of crimes against humanity.

“We are deeply concerned by continuing act of provocation by the DPRK regime – this time, the fifth, the biggest nuclear tests.  And I certainly hope that the United Nations Security Council will act in solidarity and unity for international peace and security and give strong warning to the DPRK authorities.”

“Again, taking this opportunity, we have been so much concerned by the continuing acts of provocation by DPRK, and I sincerely hope that this time they will really listen to the voices and the concerns of the international community, expressed against their countries. They should act as a Member State of the United Nations in keeping with all the provisions of the Charter of the United Nations,” Ban declared. [IDN-InDepthNews – 12 September 2016]