Tributes To Justice Weeramantry As He Passes Away at 90 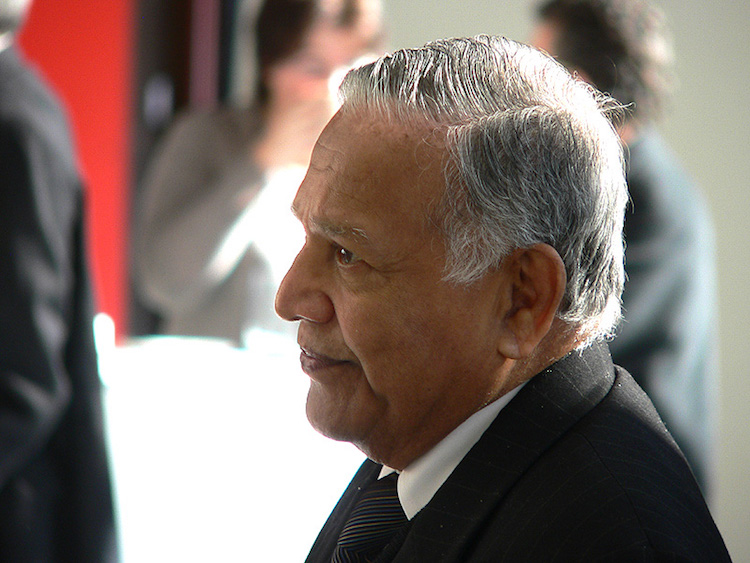 He was a former judge of the Supreme Court of Sri Lanka (1967-1972), an Emeritus Professor at Monash University in Melbourne (until 1991), a Judge of the International Court of Justice (ICJ) from 1991 to 2000 and its Vice-President from 1997 to 2000, Honorary Councillor of the World Future Council, and President of the International Association of Lawyers against Nuclear Arms (IALANA).

Justice Weeramantry, conferred Sri Lanka’s highest national honour Lankabhimanya in 2008, became a Laureate of the Right Livelihood Award in 2007 “for his lifetime of ground-breaking work to strengthen and expand the rule of international law”.

Ole von Uexkull, Executive Director of the Swedish Right Livelihood Award Foundation, said: “The entire Right Livelihood Award family mourns the loss of the world-renowned legal scholar Justice . . . Weeramantry who played a crucial role in strengthening and expanding the rule of international law. His involvement demonstrated how international law could help address global challenges, like the threat of nuclear weapons, human rights protection, and protection of the environment.”

Mourning his death, IALANA co-presidents Peter Weiss, Peter Becker und Takeya Sasaki said in a statement on January 5 that Weeramantry was "a lawyer, a professor and a judge" who did not shy away from expressing his views on social and international legal issues with "passion", atypical of academics.

The World Future Council said in a statement on January 6: "In the course of his professional career of over five decades as lawyer, legal educator, domestic judge, international judge, author and lecturer, Weeramantry played a leading role in several developing areas of the law.

"These included the illegality of nuclear weapons, sustainable development, rights of future generations, exploring the interface areas between law and religion and promoting cross cultural understanding. He was also a passionate advocate of peace education, which he believed should include teaching principles of international law at an early age."

Justice Weeramantry wrote over twenty books, most of them extremely influential and translated into many languages, and lectured extensively on these topics in over forty countries.  His book, ‘Nuclear Weapons and Scientific Responsibility’ pioneered the concept of ethics in science, challenged the notion that science is neutral, and introduced the idea of a ‘Hippocratic oath’ for scientists.

‘Tread Lightly on the Earth’ offers a pronounced insight and analysis of the concerns of the world’s principal religions with the preservation and nurturing of the natural environment, the World Future Council said.

After stepping down from the ICJ, Weeramantry took up the position of President of IALANA, and continued advancing the application of international law for the benefit of peace and humanity in his new position.

This included drafting, and presenting to the UN Security Council a seminal statement on the illegality of the preventive use of force, endorsed by over 200 prominent judges, legal scholars and lawyers from around the world.

As IALANA President he also penned an influential public statement, in the wake of the Fukushima disaster, on the application of future justice principles to nuclear energy – in order to highlight its illegality and stupidity.

He also founded the Weeramantry International Centre for Peace Education and Research which produced a vast corpus of research and writing based on the judge's legal knowledge and philosophy for humanity.

Judge Weeramantry received a number of prestigious awards including the the UNESCO Peace Education Prize, which he received in recognition of his commitment and concrete undertakings in support of the concept and culture of peace through his career, the World Future Council said in a statement.

The author of the article, Antony Anghie added: "It is also paradoxical that it is a supposedly Third World jurist who has sought to create a truly universal international law - one that reflects the experiences and aspirations of the different peoples of the world instead of relying on philosophical ingenuity to suggest that Western doctrines and ideas are universal." [IDN-InDepthNews – 14 January 2017]