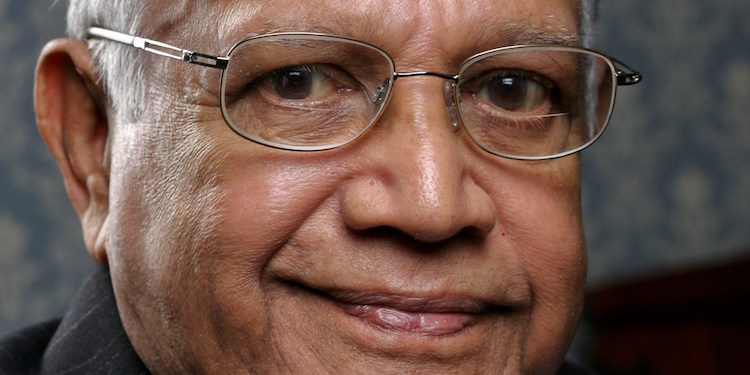 STOCKHOLM (IDN-INPS) - "It is said that previous conquerors like Attila and Jenghiz Khan used to proclaim that not even a dog or cat or mouse would be left alive when they destroyed the cities which defied them. Our generation with the nuclear weapon in its hand is far more brutal and primitive than any of those conquerors of the past, however barbaric they might have been," declared Justice Christopher Gregory Weeramantry in an interview in 2007, some ten years before he passed away in Colombo, Sri Lanka, on January 5, aged 90.

The interview is of particular relevance against the backdrop of the UN General Assembly having confirmed that beginning March 2017, it would hold a conference open to all member states, to negotiate a “legally binding instrument to prohibit nuclear weapons, leading towards their total elimination”. The conference to be held at UN headquarters in New York will be divided into two sessions: from March 27 to 31 and from June 15 to July 7.

Question: What did you feel when your fellow judges of the International Court of Justice ruled in favour of the legality of using nuclear weapons in self-defence, when the survival of the state was at stake?

Answer: The majority of the judges of the International Court did not rule in favour of the legality of using nuclear weapons in self-defence when the survival of the state was at stake. What they did was to leave this question open without a determination one way or the other and to affirm the illegality of nuclear weapons in all other circumstances. My disagreement with them was that I did not want to leave any space whatsoever for the use of nuclear weapons.

My feeling on this matter was that if the slightest opening was left for the nuclear powers to argue that the weapon could ever be used legally, this would give them an excuse for retaining their arsenals and this would effectively prevent the total elimination of nuclear weapons.

After all, any use of a nuclear weapon in any circumstance whatsoever violates every rule of humanitarian law that has been evolved, after centuries of warfare and the sacrifice of millions of lives. No argument whatsoever could justify the indiscriminate killing of vast numbers of the population including women and children and the aged and infirm, the elimination of all historical and archaeological treasures, the pollution of earth, air and water for tens of thousands of years and the elimination of all forms of life in the area affected.

Genetically it could produce adverse effects for untold generations to come. The possible escalation of the conflict, with nuclear weapons being used in retaliation as could not happen in Hiroshima and Nagasaki, the creation of a nuclear winter with the blocking out of sunlight owing to the nuclear debris and the possible elimination of all life on Earth are other consequences which must be kept constantly in mind.

One assumes of course that the tribunal would not be one which will be set up by the victorious states (if they should survive) to try the vanquished but an independent and impartial tribunal. The self-defence argument, which may be valid in a court considering the conduct of an individual, does not hold where the act of self defence causes death and destruction to third parties, kills vast numbers of innocent bystanders, damages generations yet unborn, and causes irreversible environmental devastation. It would be criminal also in the sense that it would be a crime against future generations.

Nuclear states equip themselves with nuclear weapons and maintain their arsenals on the basis that this acts as a deterrent, and they disclaim the intention to use them. However a careful analysis of this argument shows that, whatever their affirmations, their intention is to use a nuclear weapon should the occasion arise. I repeat that a state which uses nuclear weapons in any circumstances whatsoever will inevitably be the perpetrator of what will possibly be the greatest acts of criminality ever known in the history of mankind.

Should they use it they would have committed an absolutely criminal act. So long as they do not use it they have not reached this situation. But if they mean to use it should a situation arise, they intend to commit an undoubtedly criminal act. However intention by itself without the accompanying act is not criminal. In legalistic language this would not be criminal but in the language of morality and ethics it would be highly capable to honour and work on an intention to commit a criminal act.

Moreover the maintenance of a nuclear arsenal involves the construction, refinement and testing of such weapons before their actual use. This causes environmental damage both present and potential, which can last for thousands of years. This is indeed an act which causes actual damage and is therefore culpable both morally and legally.

It is said that previous conquerors like Attila and Jenghiz Khan used to proclaim that not even a dog or cat or mouse would be left alive when they destroyed the cities which defied them. Our generation with the nuclear weapon in its hand is far more brutal and primitive than any of those conquerors of the past, however barbaric they might have been.

We will carry our cruelty much further than they ever did for we would eliminate every trace of life down to the humblest worm and ant and insect in any territory that defies us. This would exceed any of the items in the “dark lamentable catalogue of human crime”.

Q: Have you ever regarded yourself not only as a judge but a politician, too?

A: As a judge, I have attempted to the best of my ability to follow the law and expand its scope of operation so as to make it a more effective instrument of international justice. Some politicians also strive to achieve a world of justice through their political actions. Both law and politics aim to achieve the advancement of the human condition towards the rule of justice. There may often be objectives that are common to law and politics. Whatever I have done as a judge has always been within the scope of the law as I understand it.

Lawyers and judges have their own sphere of activity and politicians have theirs and in an ideal world they would both strive by different means to reach their common objective of promoting human welfare.

Q: What judicial decision do you regard as the most important one?

A: I would think that the decision the Court was asked to make by the General Assembly on the illegality of nuclear weapons was the most important decision the Court was ever asked to make. This is because it involved the entire future of humanity and civilisation. At the same time there are numerous other decisions, as for example decisions on sustainable development and the powers of the Security Council, which are of great importance. Several potential wars have been averted through decisions of the Court.

In relation to the nuclear weapons case, it generated such world wide interest that the Court received petitions and memorials signed by so many millions of signatories that we had no room in our storage facilities to accommodate them. Many of them had to be housed elsewhere. Furthermore, a larger number of states took part in the active proceedings than in any other case in the court’s history.

Q: You state that international law has – often ancient – roots in many countries. Could you give us some examples?

A: International law is not a modern construct. Nor is it the product of any one civilisation. Ever since civilisation began, it has been the subject of thought by the great thinkers of each age and from at least four or five thousand years ago they have visualised a world community of nations living under an overarching system of law to which all states and rules were expected to conform.

In the nuclear weapons case, for example, I was able to support my argument of illegality by drawing upon the teaching of Hindu law over four thousand years ago which had decreed that a hyper destructive weapon which could ravage the enemy’s countryside and destroy large sections of its population could not be used in war because it went beyond the purposes of war.

War is intended to subjugate one’s enemy and live in peace with him thereafter, not to ravage his countryside and to destroy his population. This was the advice given to the Indian prince Rama, when Rama’s generals advised him of the availability of such a weapon and accordingly he did not use it. Elaborate rules of conduct in warfare and duties of rulers in peace time existed in the Hindu law books.

Likewise in the world of Islam there was much thought and writing about what we would today call international law – the treatment of prisoners of war, conduct on the battlefield, the sanctity of treaties, the privileged position of diplomats and the likes.

All of these were elaborately discussed on the basis of the Holy Qu’ran and the numerous traditions of the Prophet Mohamed known as the Hadiths, dealing with these matters. These were assembled in treatises on international law by writers like Al Shaibani which appeared around eight centuries before the work of Hugo Grotius, the celebrated Dutch Jurist whose great work on War and Peace in 1625 is often considered to be the point of commencement of modern international law.

An important part of modern international law is the law relating to sustainable development. In this area, the wisdom of conservation of the environment for the benefit of future generations has been very closely worked out and observed in numerous ancient cultures, for example, the culture of the native Australians going back thirty or forty thousand years showed a deep respect and reverence for the environment and for Mother Earth which sustains us all.

Q: Where might the perspective of a Sri Lanka judge differ from those of a western judge? (How international is international law?)

In Sri Lanka we grow up in the midst of four major religions – Hinduism, Buddhism, Christianity, and Islam, all of which have substantial segments of the population as their followers. Consequently we grow up imbibing their culture and participating in their festivals and enjoying each other’s fellowship as neighbours. A Western judge tends largely to grow up in a mono-cultural setting and does not in general have this diversity of background.

When it comes to administering the law this diversity of background gives the Sri Lankan judge the advantage of a great deal of tradition and cross-cultural perspectives.

Some western judges do indeed have this but they are in a distinct minority.

To my way of thinking the law can be greatly advanced especially to suit the needs of the 21st century, when we are moving in the direction of being global citizens with common problems such as the environment, common aspirations for a peaceful world and a set of universally shared values. This diversity of background can assist greatly in enriching the law. [IDN-InDepthNews – 14 January 2017]

Related Report: Tributes To Justice Weeramantry As He Passes Away at 90