The Key to Realizing Trump’s Nuclear Dream is the CTBT 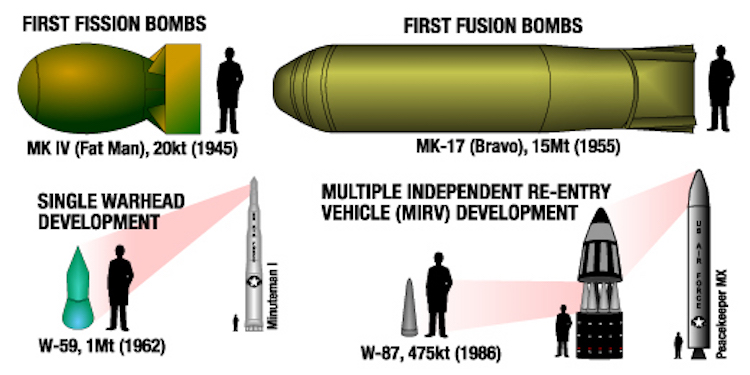 Note: Brenna Gautam, a J.D. Candidate at Georgetown University Law Center, is a member of the CTBTO Youth Group. This article appears in cooperation with the Comprehensive Nuclear-Test-Ban Treaty Organization (CTBTO), as part of the initiative ‘Youth for CTBTO’. The views expressed are those of the author and do not necessarily reflect those of the CTBTO. - Editor

WASHINGTON, D.C. (IDN) - "It would be wonderful, a dream would be that no country would have nukes,” President Donald Trump announced, “but if countries are going to have nukes, we're going to be at the top of the pack."

The announcement can be neatly split in two. The first, wistful for nuclear disarmament, falls in line with the history of Republican successes in arms reductions: while Democrats since Kennedy have frequently proposed reductions, it has been Republican administrations that ultimately put these into effect.

Taken alone, the first statement strikes a chord with me as a cautiously optimistic believer in the future of nuclear nonproliferation and gives me reason to hope that Trump could take concrete steps to actualize Obama’s vision of a world free from nuclear weapons.

The second – flowing predictably from that cruel, pivoting “but” – seems deeply disconnected from reality, as though President Trump just jolted awake from an unpleasant sleep, believing himself to suddenly be amid the height of the Cold War. Indeed, his arms race rhetoric could have been plucked from the pages of a history textbook; it sounds out of place given the decades-long trend of disarmament that has spanned my lifetime.

Setting aside the fact that Trump’s premises are flawed (with our 6,800 nuclear warheads, we are most certainly a pack leader), general responses to this latest declaration have understandably focused on the second half of the announcement.

Journalists and foreign policy experts have spelled out in detail the catastrophic eventualities that might stem from a nuclear arms race to the “top of the pack”. Nonproliferation organizations and activist networks have launched efforts to stop Trump from bringing about an Armageddon. Legislators have already begun fighting to pass new, restrictive legislation on the President’s ability to use nukes.

But in addition to combatting Trump’s second statement, there needs to be a serious focus on the first.

Almost as a disclaimer to his call for nuclear buildup, Trump has stated that a world without nuclear weapons would be wonderful, a dream. The good news for President Trump is that there are ways to achieve this goal without having to resort to a global arms race. There are already legal frameworks in place to continue the march towards complete disarmament. And with a Republican control of Congress, Trump is uniquely poised to lead that march. He should be pushed to make good on his proclaimed support for disarmament just as he should be criticized for his steps in the opposite direction.

Of the multiple fronts available for progress on disarmament, perhaps the most meaningful would be a furtherance of the Comprehensive Nuclear Test Ban Treaty (CTBT): a multilateral treaty that universally bans nuclear explosions, for both civilian and military purposes.

Widely regarded as an essential cornerstone of the Nuclear Non-Proliferation Treaty (NPT), the CTBT currently exists in a state of provisional application. Once the treaty enters into force, it will provide a legally binding norm against nuclear testing, reinforced by a comprehensive verification regime that includes international monitoring and on-site inspections.

The CTBT would essentially lock each country into its current nuclear capabilities (remember: still 6,800 warheads for the United States), and put a stopper in proliferation globally. Simultaneously, it would demonstrate a commitment to arms control at a time when the world needs stability and confidence from the nuclear powers. It would allow Trump to begin making good on proclamations that he “hates nuclear more than any”.

As it currently stands, the CTBT has been signed by 183 countries and ratified by 166. Russia – the other “top of the pack” in nuclear capabilities – has already both signed and ratified the treaty.

However, to enter into force, the CTBT requires ratification by 44 specific “Annex 2” states, and of these, eight have yet to ratify. The United States is a member of those eight who have failed to ratify, due largely to the requirement of a two-thirds Senate vote before ratification and the sad realities of political gridlock.

However, as previously noted, President Trump is in a unique position to avoid the pitfall of this gridlock by taking advantage of the Republican-controlled Congress at his fingertips and by demonstrating to the apprehensive national security community that he is not a loose cannon on the issue of nukes.

The United States has already signed the treaty. I urge President Trump to launch a renewed effort to gain a two-thirds Senate ratification, as a first step to making his “dream” a reality. [IDN-InDepthNews – 10 March 2017]