We Must Succeed in Prohibiting Nuclear Weapons 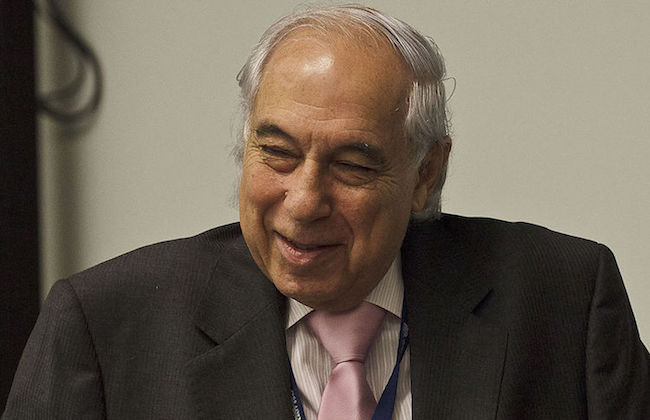 NEW YORK (IDN) - For the first time since the foundation of the United Nations the majority of the international community seems prepared to take a bold and fundamental step leading to the abolition of nuclear weapons. On December 27, 2016 the General Assembly of the United Nations adopted Resolution 71/258 convening a Conference to negotiate a legally binding instrument to prohibit nuclear weapons, leading to their total elimination.

It is befitting to recall a similar effort undertaken in 1946 when the first Session of the United Nations General Assembly decided to establish a Commission to “deal with the problems raised by the discovery of nuclear energy and other related matters”, and to present proposals “for the elimination of atomic weapons from national armaments”.

However, due to rivalry and mistrust between the superpowers of the time that decision had no practical results and subsequent calls for specific measures of nuclear disarmament did not prosper. During the following decades the focus of international efforts shifted and several international instruments succeeded in establishing restrictions aimed at limiting the number of countries that possessed such weapons.

The Treaty on the Non-proliferation of Nuclear Weapons (NPT), which entered into force in 1970 is the most adhered to among those instruments. It divided the world into two categories of States: the five that already possessed such armament by the deadline of January 1, 1968 (China, France, Russia, United Kingdom and United States) on one side, and those that did not, on the other.

The latter accepted not to acquire nuclear weapons and to submit to international verification procedures. Under Article VI of the NPT, those five States committed to pursue negotiations in good faith on effective measures relating to nuclear disarmament. To date, no multilateral negotiations of the kind prescribed by the NPT have been undertaken. Over the next decades, four other countries came to acquire their own atomic arsenals (DPRK, India, Israel and Pakistan)[1].

Since the 2010 NPT Review Conference the international community has been increasingly concerned with the risks posed by the continued existence and technological improvement of nuclear weapons and with the effects of their accidental or willful use. Three international conferences, in 2012 and 2014, examined the catastrophic effects of a nuclear detonation: widespread and irreversible damage to populations and the environment and lack of sufficient resources to deal with the resulting humanitarian emergency. In 2015, 127 States joined a “Humanitarian Pledge” aimed at “prohibiting, stigmatizing and eliminating” nuclear weapons.

Based primarily on humanitarian considerations, and with the strong support of civil society organizations, the international community succeeded in negotiating multilateral instruments outlawing two categories of weapons of mass destruction: bacteriological (biological) weapons in 1972 and chemical weapons in 1996. These two Conventions are considered part of customary international law.

Frustration with the lack of concrete progress with regard to the remaining category – nuclear weapons – was to a large extent responsible for the above-mentioned decision to convene in 2017 a Conference, open to all Member States, to negotiate a legally binding ban on nuclear weapons.

The relevant resolution, co-sponsored by 57 States, was adopted by 113 positive votes, with 35 against and 13 abstentions. Among the States possessing nuclear weapons France, Israel, Russia, United Kingdom and United States voted against it, while three others (China, Pakistan and India) abstained. The DPRK voted for the resolution in the I Committee but was absent from the vote at the General Assembly.

Some nuclear weapon States are engaged in a vigorous campaign against the purposes of the Conference. Partners in military alliances that rely on nuclear weapons are being urged to refrain from joining the negotiations under the argument that the proposed ban aims solely at delegitimizing nuclear weapons with negative effects on the international security situation, besides undermining the Treaty on the Non-proliferation of Nuclear Weapons (NPT).

Those nuclear weapon States argue that strategic stability and negotiated reductions of nuclear forces constitute the only path to reach nuclear disarmament. To achieve this objective they promote a “step-by-step” approach in the multilateral field which, in their view, has produced tangible results in the past and has the potential to bring further progress.

Advocates of the ban treaty, for their part, believe that the new instrument will strengthen the global norms against the use and possession of nuclear weapons, including the NPT, and will be a powerful legal and moral tool to promote progress toward the complete elimination of nuclear weapons. They consider that results so far have been relevant to curb proliferation but that since the beginning of the nuclear age no substantive multilateral progress has been achieved on concrete disarmament measures. They point out that possessors of such weapons have never accepted a clear, irreversible and legally binding commitment in that direction. The proposed ban would close that gap.

The negotiating conference will be held in New York from March 27 to 31 and from June 15 to March 7 2017 and is open to all States, international organizations and representatives of civil society. All States, including those possessing nuclear weapons and those that have defense arrangements with them stand to gain by attending the Conference and actively contributing to its outcome. It is important to avoid sterile confrontation in order to ensure a successful negotiation.

For over twenty years the multilateral machinery established to consider and negotiate disarmament measures has been deadlocked and unable even to agree on a program of work. The majority of the international community and civil society organizations are determined to take the multilateral process forward. They are convinced that a treaty prohibiting possession and use on nuclear weapons, even without universal membership, will extend and codify the rejection to nuclear armament and lead to its final abolition. The world will certainly follow the negotiating process with the utmost interest in view of the high expectations for a constructive outcome.

* Sergio Duarte was the UN High Representative for Disarmament Affairs with the United Nations Office for Disarmament Affairs (2007-2012). He was the President of the 2005 Seventh Review Conference of the Parties to the Treaty on the Non-Proliferation of Nuclear Weapons. A career diplomat, he served the Brazilian Foreign Service for 48 years. He was the Ambassador of Brazil in a number of countries, including Austria, Croatia, Slovakia and Slovenia concurrently, China, Canada and Nicaragua. He also served in Switzerland, the United States, Argentina and Rome. [IDN-InDepthNews – 21 March 2017]

Photo: Sergio Duarte, then UN High Representative for Disarmament Affairs, at the Conference on Facilitating the Entry into Force of the Comprehensive Nuclear-Test-Ban Treaty on September 23, 2011. Credit: James Leynse | Copyright CTBTO Preparatory Commission.

´[1] Israel, India and Pakistan did not join the NPT and therefore are not bound by its provisions. The DPRK announced its withdrawal from the Treaty in 1992.