The No Nukes Mantra Between Hope and Despair 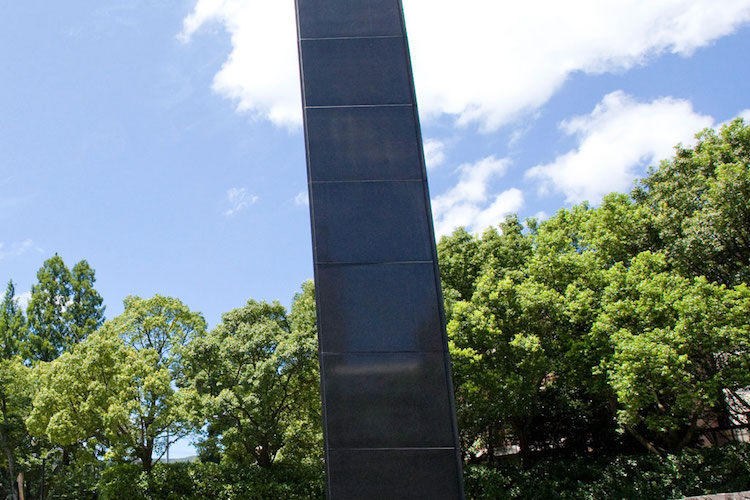 BERLIN (IDN) – UN Secretary-General Ban Ki-moon’s mantra “No more Hiroshimas - No more Nagasakis - Never again”, chanted to commemorate the anniversaries of the devastating atomic bombings of two Japanese cities has yet to usher in a nuclear-weapon-free world. Also his ‘five point proposal on nuclear disarmament’, tabled on UN Day October 24, 2008, has been practically consigned to oblivion.

The fault does not lie with the Secretary-General. As the world commemorated the 71st Hiroshima and Nagasaki anniversaries on August 6 and August 9, the question on the minds of proponents of a world free of nuclear weapons was: Is there reason to hope rather than despair? [P18] ITALIAN | JAPANESE TEXT VERSION PDF | NORWEGIAN | SPANISH

The rationale behind the question is that though the two atomic bombings during the final stage of World War II – which killed at least 129,000 people – remain the only use of nuclear weapons for warfare in history, nine countries today possess more than 15,000 nuclear weapons.

The United States and Russia maintain roughly 1,800 of their nuclear weapons on high-alert status – ready to be launched within minutes of a warning. Most are many times more powerful than the atomic bombs dropped on Japan in August 1945.

Besides, there are many nations with nuclear power or research reactors capable of being diverted for weapons production. The spread of nuclear know-how has increased the risk that more nations will develop the bomb.

With this in view, Ban said on August 6, in a message delivered to the Peace Memorial Ceremony in Hiroshima, Japan, by Kim Won-soo, UN High Representative for Disarmament Affairs: “The world needs the Hibakusha spirit more than ever."

He was referring to the determination and perseverance of the survivors of the 1945 Hiroshima and Nagasaki atomic bomb attacks as an example for championing peace and seeking a better future for all.

Indeed, the Hibakusha have turned their tragedy into a rallying cry for humanity, Ban continued, noting that they have shared their stories so the horror experienced by Hiroshima will never be forgotten.

“They have become true champions of peace and a better world,” he said, underscoring that this is the very spirit that is needed now, in a world where tensions are rising and progress on nuclear disarmament is hard to find.

“At this sober (peace) memorial, I ask all States to heed the message of the Hibakusha and overcome their differences to galvanize global will for disarmament. This is essential to peaceful cooperation,” said Ban, explaining that those States with nuclear weapons have a special responsibility to prevent another Hiroshima.

They must honour their commitments and lead the way to dialogue, and he called on all States to find common ground through inclusive dialogue.

He went on to stress that the bombing of Hiroshima shows that nuclear weapons do not discriminate between gender, age, religion, ideology or nationality. “Let us keep striving together for a safer and more secure future and a better world for all. You can count on me to continue spreading your message: No more Hiroshimas. No more Nagasakis. Never again,” he concluded.

As the Hibakusha grow older, a new generation must assume the role of the messengers of peace. The Secretary-General’s message made clear that the UN stood with youth in striving to achieve a nuclear-weapon-free world.

“I call on the young peace makers of Nagasaki to rise to the challenge and ensure that the suffering caused by nuclear weapons is never forgotten,” he continued, adding: “Spread the word with your peers around the world. Your generation did not invent nuclear weapons, but you can be the generation to eliminate them.”

Best known Hiroshima survivor and peace activist Setsuko Thurlow, who was a 13-year-old girl living in Hiroshima, when the first atomic bomb was dropped on August 6, 1945 has a similar message for President Obama, in a letter she wrote to him in June:

“President Obama, you uniquely have the power to enact real change. This could be your legacy. To usher in an era of real disarmament where lifting the threat of nuclear war could ease all people to ‘go through their day in peace. What a precious thing that is. It is worth protecting, and then extending to every child’.”

Tabling a three-point agenda, Setsuko ThurlIf wrote: “If you truly wanted to hasten our ‘own moral awakening’ through making nuclear disarmament a reality, here are three immediate steps:

“1. Stop the U.S. boycott of international nuclear disarmament meetings and join the 127 countries that have endorsed the Humanitarian Pledge to create a new legal instrument and new norms for a nuclear weapons ban treaty as a first step in their elimination and prohibition.

“2. Stop spending money to modernize the U.S. nuclear arsenal, a staggering $1 trillion over the next three decades, and use this money to meet human needs and protect our environment.

“3. Take nuclear weapons off high alert and review the aging command and control systems that have been the subject of recent research exposing a culture of neglect and the alarming regularity of accidents involving nuclear weapons.”

Whether one or another point of the agenda Setsuko ThurlIf has proposed to President Obama would be realized, remains to be seen.

However, Washington Post reported on August 4, 2016: “President Obama has decided to seek a new United Nations Security Council resolution that would call for an end to nuclear testing and support for the Comprehensive Nuclear-Test-Ban Treaty (CTBT).

This was a follow-up of the report on July 10, which said that President Barack Obama planned to implement at least a part of his cherished nuclear agenda through a series of executive actions during the next months before leaving the White House.

These options included declaring a “no first use” policy for the United States nuclear arsenal and a UN Security Council resolution affirming a ban on the testing of nuclear weapons as envisaged in the CTBT.

However, Nagasaki Mayor Tomihisa Taue in his Peace Declaration delivered at the annual ceremony in Nagasaki Peace Park on August 9, went some steps further and said new frameworks aimed at containing nuclear proliferation are necessary if mankind is to be prevented from destroying its future. “Now is the time for all of you to bring together as much of your collective wisdom as you possibly can, and act,” he said.

Compared with a similar declaration by Hiroshima Mayor Kazumi Matsui three days earlier, Taue was more blunt in both his suggestions for steps to achieve a nuclear-free world and his criticism of the Japanese government, stated the Kyodo, the Japanese news agency.

He faulted Japan’s policy of advocating the elimination of nuclear weapons while relying on the U.S. for nuclear deterrence. He urged the government to make legally binding post-war Japan's “three non-nuclear principles” of not producing, possessing or allowing nuclear weapons on Japanese territory.

Taue further pressed the government to work to create a 'Northeast Asia Nuclear Weapons-Free Zone' (NEA-NWFZ) as a security framework that does not rely on nuclear deterrence.

While Prime Minister Shinzo Abe, in his speeches on the occasion of Hiroshima and Nagasaki anniversaries, vowed to continue to make various efforts to bring about a “world free of nuclear weapons”, he did not mention any concrete steps.

In fact, such statements sounded hollow, particularly as Susi Snyder, Nuclear Disarmament Programme Manager for Pax Christi in the Netherlands, recalled in a contribution for ICAN that the Heads of State and Government who participated in the NATO summit in Warsaw Poland on July 8-9 agreed on a series of documents and statements which do not signal the possibility of prohibiting nuclear weapons.

“Whereas the majority of countries worldwide are ready to end the danger posed by nuclear weapons and to start negotiations for a treaty banning nuclear weapons,” Snyder wrote, “both NATO documents (Summit Communiqué and the Warsaw Declaration on Transatlantic Security) reaffirmed the NATO commitment to nuclear weapons, and the Communiqué included a return to cold war style language on nuclear sharing.” [IDN-InDepthNews – 10 August 2016]