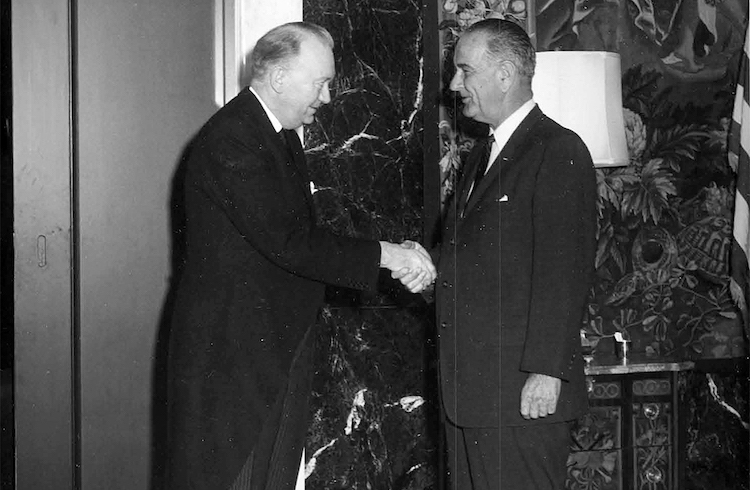 The documents, consisting of various letters and telegrams, released by the U.S. National Security Archive (NSA), date back to November 18, 1951 – six months after the U.S. and Iceland secretly signed a defence agreement whereby the U.S. would take over the defence of Iceland.

The authorities had deemed this necessary both because of the Korean War and because Iceland has never had an army.

Knowing that Johnson’s thoughts would not be popular with Icelanders, Hughes recommended “official reassurance” that the U.S. had no plans to deploy nuclear weapons in Iceland.

Ensuing telegrams essentially focused on the classic “neither confirm nor deny” stance about the locations of nuclear weapons. In a “Top Secret” telegram dated December 21, 1951, Hughes was authorized by U.S. State Department officials to inform Benediktsson confidentially that the U.S. would “make no move without [the] full consultation and agreement” of Iceland’s government.

Jump to 1960. Not long after a U.S. U-2 spy plane was shot down while in Russian air space, the Foreign Minister of the time, Gudmundur I. Gudmundsson, asked Ambassador Thompson whether the U.S. had used Keflavik air base for U-2 flights, had stored nuclear weapons there or had moved them through Keflavik in southwest Iceland.

The formal response remains classified, but a draft response from Ambassador Thompson assured Gudmundsson that the U.S. had neither stored the weapons in Iceland nor shipped them via Keflavik.

An earlier draft had been sent in a telegram a week previously and had mentioned the requirement of U.S. Navy for an Advanced Underseas Weapons Shop (AUW) for storing nuclear depth bombs and its ongoing construction, but that item was dropped from the later draft. Apparently the Icelanders who were building the facility thought it was going to be used to store torpedoes.

The final document mentioned in the NSA press release is a response by Thompson to a top-secret letter sent by Ivan White, Deputy Assistant Secretary of State for External Affairs, which still remains classified.

Thompson’s reply intones that White may have asserted that the U.S. government “was free to deploy nuclear weapons in Iceland without securing the agreement of Reykjavik“.

Furthermore, “[If] that was the case, the Eisenhower administration had departed from the Acheson policy of assuring “full consultation and agreement.””

Iceland was not the only country in which the U.S. was contemplating the storage of nuclear weapons. West Germany, the UK, Turkey, Belgium, the Netherlands, Italy and Greece were also considered, but only Germany and the UK have been officially disclosed.

According to the press release that accompanied the declassified documents, it is now a “settled issue” that nuclear weapons were never deployed in Iceland. 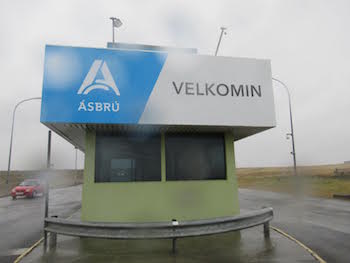 However, when IDN-INPS showed the declassified documents to Elvar Astradsson, a peace activist, he instantly remarked: “That is all known. But they don’t make any mention of the secret documents that no one knew about.”

These are annexes and technical schedules to the NATO agreement that were signed by Iceland and the U.S. on May 5, 1951 – three days before the NATO agreement was signed – but only came to light when a former Foreign Minister of Iceland, Valgerdur Sverrisdottir, published them on the Ministry website in January 2007. “She was not very popular amongst her fellow politicians for doing so,” he added.

“These documents basically allowed the U.S. to do whatever it liked,” he continued. He also pointed out that before the Campaign for Nuclear Disarmament (CND) was set up in the UK in 1958, there was very little awareness of the nuclear weapons issue “and Icelanders wouldn’t have been following it”.

Besides making arrangements for housing personnel and making the area fit for military use, Article 10 of the Annex on Administration of the above-mentioned agreement states: “United States public vessels and aircraft, and the armed forces and vehicles, including armour, of the United States shall, in connection with operations under this Agreement, be accorded free access to and movement between ports and the agreed areas through Iceland, including territorial waters, by land, air and sea. … United States aircraft may fly over and land in any of the territory of Iceland, including the territorial waters thereof, without restriction except as mutually agreed.”

Technical Schedule no. 1 states: “The United States military authorities and the appropriate authorities of Iceland will consult together, to the extent military requirements permit, relative to the location of structures and facilities which the United States may desire to construct in the Keflavik area.“

The organ of the long-established Campaign Against Military Bases organization, Dagfari, contains a number of such accounts and stated in 1977: “Anti-militarists have long suspected that the Keflavik airfield is a nuclear base, though it is clearly stipulated in the NATO agreement that no such weapons shall be situated here.”

One issue contains an account of an American positioned in Iceland who recounted how he shared a military plane with nuclear material as well as with five high-ranking officers.

The plane used the “hot” runway that was used for planes carrying weapons. “It’s best to completely forget this flight,” the pilot told him after he alighted. After refuelling, the plane continued its journey. The following day, he discovered that the plane had almost definitely been carrying nuclear weapons to be stored in Germany. This would have been sometime between 1983 and 1986.

The U.S. military left Iceland suddenly in 2006. Since then most of the site has been used as a centre for innovative industries, technology and education, using buildings and facilities previously owned by the military.

But earlier this year (2016), the U.S. requested the use of a hangar for submarine monitoring, so they could fly over the sea and detect submarines using sonar.

Then in June the U.S. Department of Defense met with the Icelandic Foreign Affairs Minister, Lilja Alfredsdottir, about wanting to strengthen cooperation with the U.S. military once more, because the security situation had changed since 2006.

Then in July 2016, the Center for Strategic and International Studies (CSIS) published a report in which they openly suggest: “NATO can optimize its ASW [anti-submarine warfare] posture to ensure that the right capabilities are in the right places at the right time by reopening Keflavik Naval Air Station in Iceland and encouraging Norway to reclaim and reopen its submarine support facility at Olavsvern.”

Second photo (left): Ásbrú is a part of the former U.S. Naval Air Base Keflavik not supervised by the Icelandic defence authorities. Credit: Lowana Veal | IDN-INPS