Iran’s Nuke Agreement Survives Without a Shot Being Fired 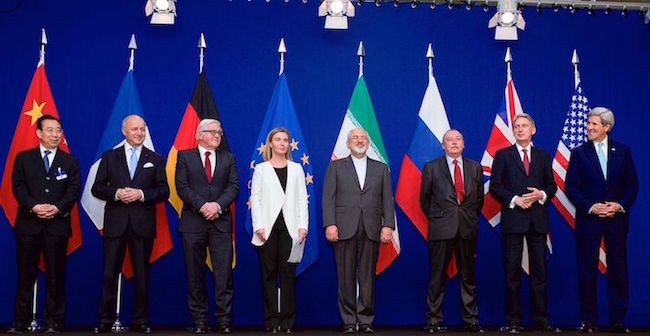 In characteristic “Trumpism”, he dismissed the Joint Comprehensive Plan of Action (JCPOA), as the agreement was formally known, as “stupid”, “a lopsided disgrace” and “the worst deal ever negotiated.”

With Trump moving into the White House on January 20, will he abide by his threats and swear by his rhetoric? Or was it all political bluster? [P34]  JAPANESE TEXT VERSON PDF

Or, as he is prone to say, on Twitter: “all talk and no action.”

On the one-year anniversary of the JCPOA on January 16, outgoing U.S. Secretary of State John Kerry, one of the key negotiators of the agreement, was unyielding in his absolute faith on the Iranian deal.

The JCPOA, he said, resolved a major nuclear threat without firing a shot or sending a single soldier into combat.

Moreover, “it was endorsed unanimously by the UN Security Council and earned the support of more than 100 countries across the globe.”

“We still have serious differences with the Government of Iran, and will continue to push back on its support for terrorism, disregard for human rights, and destabilizing regional activities. But the United States, our partners and allies in the Middle East, and the entire international community are safer today because of the JCPOA,” he declared.

Contrary to a misconception in the U.S., the Iran nuclear agreement was not a bilateral agreement between Iran and the U.S.

Rather, it involved the world’s five major powers: the U.S., Britain, France, Russia and China, all permanent members of the UN Security Council (P-5), plus Germany and the European Union.

Tariq Rauf, Director of the Disarmament, Arms Control and Non-Proliferation Programme at the Stockholm International Peace Research Institute (SIPRI), told IDN that by all rational and reasoned, as well as technical grounds, the JCPOA has stood up well.

He said Iran has implemented its part of the nuclear measures and continues to do so, as regularly confirmed by the International Atomic Energy Agency (IAEA) in its quarterly reports.

“There is no rational alternative to the JCPOA,” he said, pointing out that no one in a right frame of mind can make the case of getting a “better deal”.

“Even the Israeli military-intelligence establishment, the Saudi Prince Turki al Faisal (former head of Saudi intelligence), and others are now supportive of continuation of the JCPOA – as they can see that the restraints on Iran’s nuclear programme are effective and are demonstrably working,” said Rauf, a former senior official at the IAEA (2002-2012) dealing with nuclear verification, non-proliferation and disarmament.

In his statement released by the State Department on January 16, Kerry said with the JCPOA, “we mark an historic understanding that prevents Iran from obtaining a nuclear weapon and demonstrated the power of sustained, principled, multilateral diplomacy to address major international challenges.”

Implementing this highly technical deal has required diligent efforts by all participants -- the P5+1, the European Union, and Iran, he noted.

As the IAEA continues to verify the deal through intensive access and monitoring provisions, there is no doubt that the deal is working and all participants are keeping their commitments, Kerry assured.

He also pointed out some of the specifics in the implementation of the agreement.

Iran, he said, has shipped out 98 percent of its enriched uranium, dismantled two-thirds of its centrifuges, filled its plutonium reactor with concrete and implemented the most rigorous nuclear inspection regime ever negotiated.

On January 16, the IAEA confirmed that Iran has removed equipment from the Fordow Fuel Enrichment Plant before the agreed one year deadline in order to meet another commitment under the JCPOA.

“The United States and our partners have also fully implemented our commitments to lift nuclear-related sanctions, and we will continue to uphold our commitments as long as Iran continues to abide by the deal," Kerry declared.

SIPRI’s Rauf told IDN that domestic opposition, however, in hard line factions to the JCPOA in both the U.S. and Iran remains strong.

With the election of Donald J Trump, he argued, the ideological Republican faction in the U.S. Congress and the hardline conservative clergy and revolutionary guard factions in Iran, are restive and would like to create obstacles with regard to the JCPOA.

“It is imperative that the Rouhani administration in Iran make extra effort to ensure that Iran is scrupulously and faithfully implementing the JCPOA both in letter and spirit so as not to offer any provocation to the pro-Israeli Republican faction in the U.S.,” he noted.

It is likely this Republican faction will take steps on human rights, regional security, oil exports etc. to provoke a reaction from Iran leading to a collapse of the JCPOA.

Hopefully, the Rouhani-Zarif administration will remain calm, not fall for retaliation to provocations, implement the JCPOA fully and let the international community be the judge in condemning any negative actions or provocations from the Republican hardliner ideologues in the US, said Rauf. [IDN-InDepthNews – 17 January 2017]

Photo: The ministers of foreign affairs of France, Germany, the European Union, Iran, the United Kingdom and the United States as well as Chinese and Russian diplomats announcing the framework for a Comprehensive agreement on the Iranian nuclear programme (Lausanne, 2 April 2015). Credit: United States Department of State.