The writer serves on the Boards of World Beyond War, the Global Network Against Weapons and Nuclear Power in Space. She is also the UN NGO representative for the Nuclear Age Peace Foundation.

NEW YORK (IDN) — In 1954 I attended Queens College during the years before Senator Joseph McCarthy finally met his comeuppance at the Army-McCarthy hearings after terrorizing Americans for years with accusations of disloyal communists, waving lists of blacklisted citizens, threatening their lives, their employment, their ability to function in society because of their political affiliations.[2022-04-02] 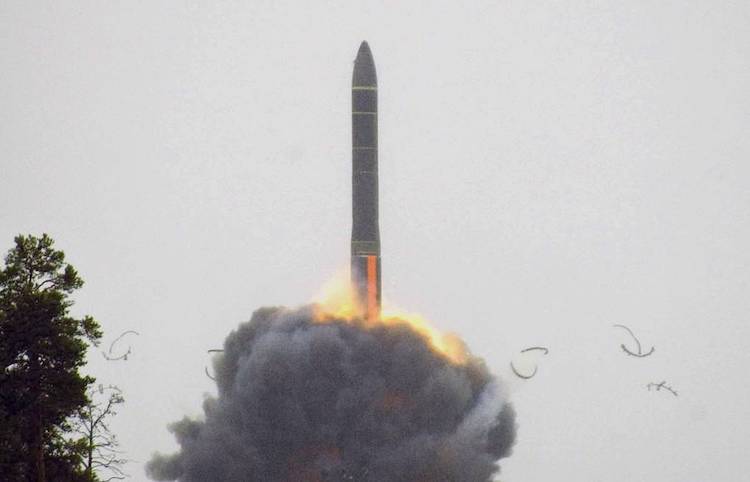 BERLIN (IDN) — "We affirm that a nuclear war cannot be won and must never be fought," pledged the leaders of the five nuclear-weapon states—China, France, Russia, UK, and the United States—in a joint statement on January 3, adding that they "consider the avoidance of war" between them and "the reduction of strategic risks" as their "foremost responsibilities". The five nuclear-weapon states are also the five permanent members (P5) of the UN Security Council, which has primary responsibility for the maintenance of international peace and security. [2022-03-26-33] JAPANESE TEXT VERSION PDF | MALAY | SWEDISH | THAI | VIENNA (CTBTO | IDN) — The Republic of The Gambia has ratified the Comprehensive Nuclear-Test-Ban Treaty (CTBT), raising the total number of ratifying states to 171 and bringing the Treaty another step closer to universality. [2022-03-24]

Growing Number of Corporations Against Investing in Nuclear Weapons GENEVA (IDN) — "The nuclear weapons narrative is changing. The implicit permission to make weapons of mass destruction is getting revoked by governments, parliamentarians, cities and the financial sector," says a new report, released ahead of Russia's invasion of Ukraine, which marks a turning point in post-Cold War history. Significantly, the Russian invasion has also triggered the fear of a third world war, which would involve nuclear weapons. [2022-03-14-32] JAPANESE TEXT VERSION PDF | MALAY | NORWEGIAN | THAI | TURKISH

Photo: Sikorsky HSS-2 Sea King US helicopter whose production has been licensed to manufacturers in UK, Italy, Canada and Japan. Credit: US Navy

The World is Plunging into a Dangerous New Cold War 2.0

The writer is President of the Campaign for Peace, Disarmament and Common Security Is World War III a Nuclear Reality or an Empty Threat? Image: Nuclear warfare is a common theme of World War III scenarios. Such a conflict has been hypothesized to result in human extinction. Source: Wikimedia Commons. 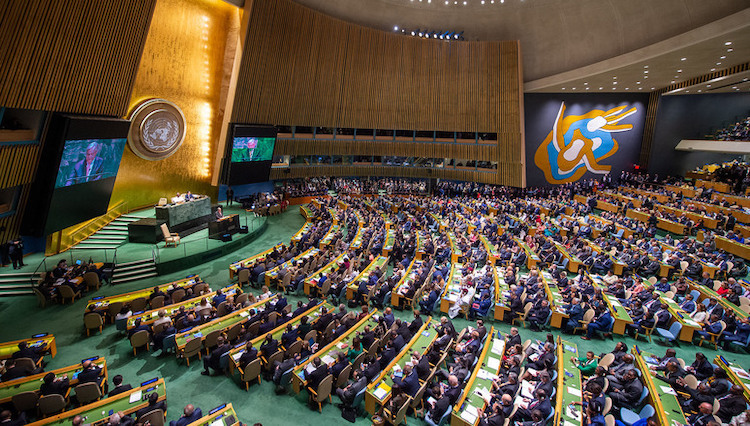 VICTORIA BC, Canada (IDN) — Over the years, whenever the United States— with or without the North Atlantic Treaty Organization (NATO)—decided to go to war, the US used pretexts for war.

Human security to justify the invasion of Iraq in 1991, humanitarian intervention in Kosovo in 1999, Article 51 self-defence, in Afghanistan in 2001 prevention /pre-emptive strike, in Iraq in 2003, the Responsibility to Protect , in Haiti, in 2004 and in Libya, in 2011. and when all these pretexts were discredited a new one emerged: A Canadian- inspired “the Will to Intervene.” [2022-02-28] UNITED NATIONS (IDN) — The spiraling crisis in Ukraine has an ominous underlying fact: it is a conflict that involves four of the world’s major nuclear powers: the US, Russia, UK and France, with the remaining five, namely China, India, Pakistan, North Korea and Israel on the sidelines as spectators—at least so far. [2022-02-27]

This article was issued by U.S. Department of Defense. WASHINGTON, D.C. (IDN) — In response to the Russian invasion of Ukraine, NATO Secretary General Jens Stoltenberg announced on February 25 activation of the alliance's defense plans, which means also that it can deploy the NATO Defense Force. The U.S. Defense Department now stands ready to provide capabilities to help fill that defense force, if asked to do so, said Pentagon Press Secretary John F. Kirby. [2022-02-26]